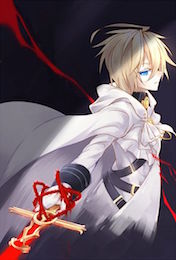 I'm joining this amazing guild. I have changed guilds twice but this time I'm staying. This guild  is amazing! As his fate, he accepted the world of ice, shining, shimmering, dead; he resigned himself to the triumph of glaciers and the death of the world.He did this for his new guild....Fairy Tail!!!!!

See ya'll around!(Unless you reply to this lol) 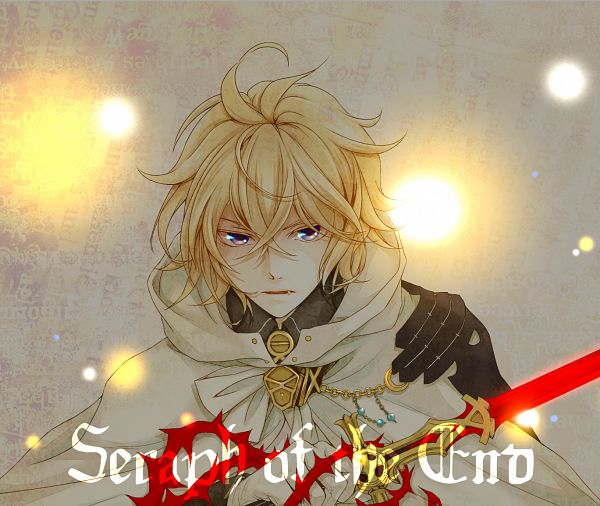 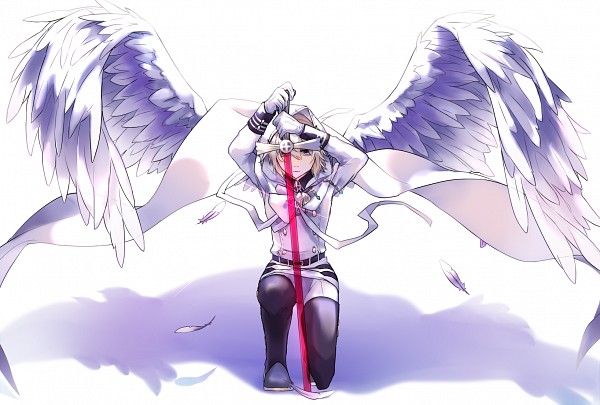 The guild of Fairy Tail was busy, packed with all sorts of people. Wizards and regular humans, boys, girls, women, and men. Amongst the crowd, was a young man with blue hair, slightly spiky. Wearing a long purple scarf that almost touched the floor.

His clothes were remniscent of a ninja or a samurai of some kind. But more light weight and loose fitting.

He spotted a young man with a long blue headband in the middle of the crowd that he'd never seen before.

"I see.......unfortunately, I lost my parents at Age 7. I can't remember everything I should...only some things." Heero looked a bit down for a split second, but then looked in good spirits in the next moment; deciding not to let himself get too down about everything. "I have a sister...she's just as powerful as I am, but she's a wandering wizard. You'll never be able to tell when she's gonna pop up...."

He would raise an eyebrow at Miyuki and smile after his last comment.

"Well....Fairy Tail is known all around Earthland, the entire planet. We're the Guild of magical secrets, the Guild that people can trust when all others turn their back on them. We never back down from a challenge, and we don't worry about the law, we worry about doing what's right........just receiving the Guild Mark means so much."

Heero would then give Miyuki, the tattoo, the stamp of Fairy Tail on the part of his body that he asked Heero too. If the magical ink stuck, then Miyuki was truly a Fairy Tail wizard in his heart and soul. If it didn't then he couldn't join.

"Yeah...." He looked to the floor solemnly then looked back up. "A wandering wizard hmm..? So she's guildless?" He listened to his next comments. He smiled tightening his fist in excitement."I never back down from a challenge.I should do well here.And I do what's right no matter what it takes!" He watched his new guildmaster pull out a stamp with the Fairy Tail emblem on it.It was the color silver.He took of one of his gloves. "Here..." He pointed to the back of his hand. "This is the moment I officially became a member of Fairy Tale." He held the excitement in,he honestly felt like jumping up and down."Is there a ceremony or celebration for new members?" He asked in curiosity. He hoped there would be food,he was hungry. He slyly put a hand on his stomach as it rumbled. He put the other hand on the back of his head embarrassed. "Haha..." He gently laughed at this event. He took out a piece of candy from his pocket and began eating it.
_____________________________________________________________________________________

Heero laughed happily, and also at Miyuki's facial expressions. Boy he sure was psyched to join the Guild, a feeling Heero could relate too. He still recalled the first time Leonard had stamped his left arm with his own Fairy Tail logo.

"Haha! We'll see about that won't we?!" he said, holding out a fist and giving Miyuki a fistbump, Fairy Tail style as everyone continued to celebrate. It was morning, and people; even other wizards were flooding inside of the Guild, asking the Fairy Tail wizards for help on Jobs or otherwise.

"A ceremony? But of course." as Heero said this, almost every Fairy Tail wizard in the room looked up and got a mischevious sparkle in their eye. Heero would then step back amongst them, and point directly at Miyuki. "One Requirement of being a Fairy Tail wizard........is that your Guildmates all know your Magic, and even knows what it feels like to fight against it...it makes us all tough, with experience against all the different types of Magic here...so...Good Luck!"

As soon as Heero said this, a few of Miyuki's new Fairy Tail guildmates stepped forward; and nodded to Miyuki happily. Charging up a Spell of Fire, one of them flung the fireball at Miyuki, as it got closer it would split apart into flaming butterflies and try to swarm him.

Another Fairy Tail wizard with green hair would clap his hands, and use Wood-Make, to cause a huge bear of Wood to Appear from out of nowhere, and try to bear hug Miyuki from behind.