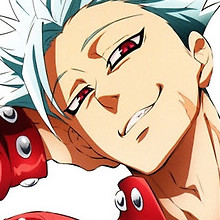 Don't bow down when you could be rising up
Gamon sat in the Fairy Tail guild hall, at his usual table on the right side of the great room. He wasn't alone. At the table with him was his exceed, Tykva. The black cat was sitting on the table enjoying one of her favorites foods while she talked to Gamon. The iron slayer was enjoying a nice hearty bowl of iron, as he usually did. Gamon looked around at the familiar faces scattered around the hall. It was packed as usual and everyone was loud and roudy. Gamon was surprised that a fight hadn't broken out yet. It always seemed like there was a pointless fight going on. 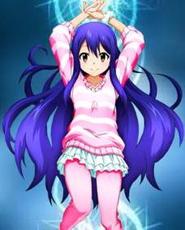 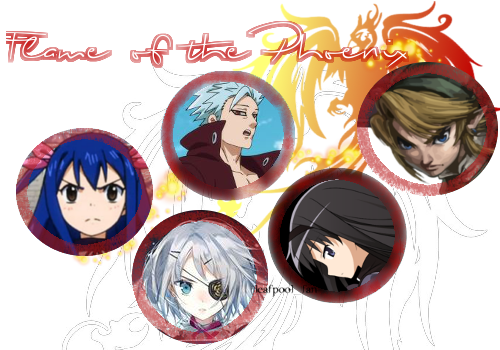 Julius was sitting at the bar enjoying a nice glass of water. Ah the water here is always so refreshing and cool! You've got to tell Julius bartender! Where do you get this water? The bartender raised his eyebrow towards Julius as if Julius asked a dump question. It's just plain water coming from a faucet... Julius looked with a shocked face. Right faucet water... hehehehehe... Of course it is hehehehehe... Julius said awkward he heard a soft chuckle coming from his shoulder it was Squable Julius' parrot. Is there something funny Squable? Julius said with a annoyed look. *snrk* not i-i-it's nothing Julius-kun *chuckle* Pffft whatever...

Don't bow down when you could be rising up
Gamon would watch as Julius would do his usual routine on meeting new people. He was sure by now Julius had done this to everyone in the guild. Hana arrived shortly after, she was out of breath like she just ran a marathon. Turning his attention back to the new girl, Gamon gave her a quick once over. She was short, but still taller than Hana. It also seem like if a strong wind would blow, she would be blown away. Gamon would speak up with a serious tone in his voice. "So what makes you worth to join MY team, Chloe?" Gamon new all too well that it wasn't his team or anyones for that matter. He just want to intimidate Chloe. Gamon also wanted to get her use to the team and how dynamic it can be. A brilliant idea came to his mind. Gamon would have her fight him to gauge her strength and to challenge her. He would go easy on her of course. Gamon kept that thought to himself, he wanted to find out what type of magic she used before challenging her.
TAG ―MUSIC ― NOTES NOTES NOTES
MADE BY KAIZU OF GS &TWF
_____________________________________________________________________________________

[size=30]OOC: Forget this part, my phone was being a jerk and posted early. [/size]

Hana's eye's widened with amusement when she heard Ivy call Tamka a "red panda". Tamka on the other hand was quite offended, and unexpectedly yelled out, "I'M NO RED PANDA! I'M A RACCOON!" But alas, it only amused the young girl more than she was, and still out of breath, would stifle her laughter as to not anger her small companion any further. It was hard though, especially when Gamon called himself the leader of the team and tried his best to intimidate Chloe, which by the looks of it he didnt even succeed in. Releasing Tamka, Hana fell to the floor once again in fits of laughter, strugging to breat out what she was saying. "O-Oh geezus, Ga-Gamon that was such a funny joke!" It wasn't until she actually heard of Chloe's magic that she stopped  sat up with full attention on the blue haired girl. "Wait! Did you say heavenly body magic?! I've heard of that from the ice dragon Yuki! She never went into detail with it though!"
Once again, Hana's inner firework display of emotions rocketed off. Feeling of happiness, excitement, saddness, and curiosity overfilled her.
(Sorry about the last part, I just wanted to mess with Sorano XD)
_____________________________________________________________________________________
I RUN THIS HERE