How hard is it to walk? 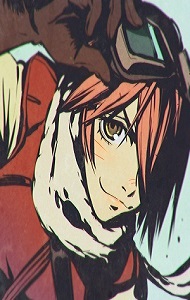 How hard is it to walk?

Harogeon town during the morning with the waves from the sea could be heard near it, it was relatively peaceful in the town, so much so that nothing seemed to go wrong in the dawn. However all was not well, at least with two people.

“Come on...walk to daddy!” Mr. adam said to his baby son who was on all fours on the ground looking at him. And the baby boy did come to his father, crawling that is. Mr. adam sighed at it, he and his wife has tried for the longest time to get their baby allen to walk but to no avail. They had even tried magic by making the baby float...and that was a nightmare to deal with while it was in effect. These in fact are the first of the people, who have been trying to get their baby to walk with no avail. The doorbell rang, Mr. adam was expecting  a mage that morning anyways. When he opened the door, he found a strange woman looking out to the street in biker gear. “Excuse me?” Mr adam asked her, in which she turned around with a smile “Hi! Im the help you requested, i’m ember by the way.” She finished with a introduction. Mr. adam’s face brightened up with a look of hope, “Ah yes yes! Little allen is in the living room awake, and you have until me and the misses come back in the noon.” Ember understood, and watched as the parents left til noon, and ember entered the livingroom to figure how to make the baby walk.

Ember was in fact the second person that had problems, them being more tied to money. In her search for her tribe’s attackers she had ran out of the funds that she had very little to begin with. So she had to take odd jobs in order to make up for that, and what better way was to get a baby to walk of all things. Of course, while she had experience with children in her tribe she doubt she could use the dangers of the desert to her advantage to motivate the baby to walk. “All right little-” she started, but then was interrupted as the baby cried, upset that his parents were gone. “Oh this is going to be a long afternoon.” She said to herself.

At noon the parents returned to their house, “Were back!” Mr. adam said, and then noticed a dismayed ember in the living room sitting on a couch staring blankly at little allen who was occupied with his toys. Ember only came to when she heard Mr. adam’s voice, “Hi…” “Uh has he started to walk?” Mr.adam asked, not sure if their had been any change. “No…” she simply said, without putting the baby’s life in danger, she could not have gotten little allen to walk. Mr. adam sighed, he thought a mage would be able to get his son to walk, but apparently he was wrong. “Then go now please, we will just try on our own again.” He started, but ember followed up, “I am still getting paid though right?” “Of course not!” Mr. adam retorted, and ember replied angrily “Hey now, I had to take care of the baby in the process, I demand to get paid for at least that!” Little allen though grew upset of the angry tone and argument, and stumbled on to his feet as he walked over to his mother the best he could. Mrs. adam picked allen up and took him away to another part of the house. For the moment, Mr. allen and ember stared at each other in awkward silence. Then he paid her the promised reward, and ember left without another word, a bit amazed of how easy it really ended up.