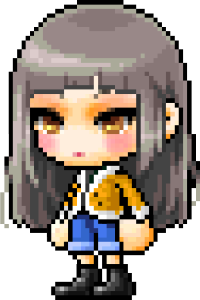 The lacrima-powered lights and vibrant shops had all been overwhelming for Ivana, Rose Garden seemed to be a town for the extroverted party-goers of the world but she couldn't look away from a request asking for legal mages to help out with a blood drive. Helping others was one thing Ivana took immense joy in and had thought that a more laid-back job would be more fitting to her after so many long travels and bloodcurdling battles. Ivana strolled through the illuminated streets of Rose Garden, accompanied by one of the event managers and various other mages that agreed to help out. She took a deep breath in as the group was lead to the event site almost an hour prior to prepare, assign roles, and so on.

"Hm... I need a group of servers, a group of people to help walk blood donors, and a smaller group to keep the children entertained," the boringly plain man requested aloud, the group standing before him. He tapped his feet as the mages, one by one, dispersed into groups based upon what they wanted to do, leaving Ivana as the last to decide. "Unsure? I'll assign you a role then, you'll help walk donors, shouldn't be too hard," he, for some reason, reassured her that it'd be easy.

"Al-alrighty then," she shrugged before taking a few short strides over to her respective group. The two other groups had been dismissed to go assist with setting everything up while Ivana and her group were sent to wait by where the donors would leave through. Less than an hour passed before smiling people began to pour into the venue, ready to donate blood in exchange for a well-prepared meal. Ivana stood to the very left of the row, waiting to help one of the donors hobble back to their table, offering a friendly smile to all those who passed by her.

Less than a minute passed before a woman crept by, a bandage wrapped around her arm where they had drawn blood. Ivana allowed for her to use her as a sort of walking stick, her arm gently wrapped along Ivana's less-than-wide shoulders. Ambling back and forth between the little row of chairs where the donors had gone to get blood taken and to the many sets of tables was easy work for Ivana and it seemed to her that it had gone by as smoothly and gracefully as a breeze of wind in spring. Many faces passed by her and many of those she had carried with her to their delicately set tables, only for plates of food to be plopped before them within seconds.

Finally, as the job was coming to its timely end and packs of families and couples were spewing out from the venue, Ivana felt a warm sense within her, to see many families and couples enjoying themselves was nice to see in her eyes. Having believably lost her family and devoted her life to purging the dark with fiery licks of silver, seeing what she had been working for others to enjoy was, as previously said, something to warm her heart.

Ivana left the job after assisting in clean-up and packing, with a newly revived love for helping others and specifically, seeing the results of it. She was somewhat okay with having no reward attached to the job after being so emotionally touched and went about returning from the vibrantly-lit streets of Rose Garden to the rocky terrain of Mountain Village.