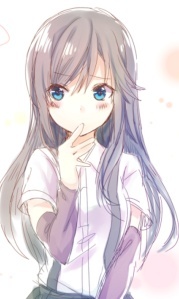 It was pretty early in the morning, and Kayla hated waking up at mornings. It was a stupid job she had signed up for. Teaching some couples child how to walk honestly Kayla had figured that the parents would want to be there too see their childs first steps but whatever. It was an easy job and she could get something out of it the only downside was that she had to get up this early.. Yawning and stretching the brunette had left to the adams house surprised too see the door had been unlocked. And inside of the house it was a bit of a mess, you could totally tell that a couple and a baby had lived inside.
Aleta Herman

Once Inside Kayla had quickly gone to work picking up the little baby she started off by bottle-feeding it with some formula since him was crying and feeding it seemed to help calm him down. After feeding the little baby Kayla had placed him on the floor, she didn't have much time too teach this damn kid how to walk only 4 more hours left and that wasn't that much time but also sort of enough time. "Alright baby i'm going to help you stand.. and you better move those fucking feet." She knew that the baby wouldn't be able too understand her and his parents werent around so Kayla had figured she would do this her way.
Aleta Herman

Grabbing his arms with her arms Kayla had slowly started too move forward helping the baby walk for a couple of minutes before letting him down on the floor and watching him crawl around all over the place. She watched as the baby also tried to stand up but stumble back onto the ground and do a little whine. Almost facepalming Kayla had sighed picking the baby back up again and putting him on his feet. "Come on... you got thiiisss." Kayla had said trying too cheer the little kid on and helping him walk again, this was going to take awhile but she believed that she could do it and she also believed in this little one to.
Aleta Herman

After a few more tries of holding him up and walking him around with her help Kayla kind of let the baby do his own thing for awhile, he leaned against the couch to help keep him up and it worked for a bit before he stumbled too the ground again. Doing a little clap Kayla had nodded giving the little boy a thumbs up. "Goooood, keep goinnng." She had said slowly mouthing the words giving him a soft little smile, was it weird she liked babies or enjoyed being around them? The little boy had let out a giggle before getting up and taking a small step. Finally they were getting somewhere!
Aleta Herman

After a few hours the little baby almost had got it down he was able too take around 5 steps before falling back down Kayla was watching him on the couch now, holding his hand every time he stumbled or swayed she was there for him. It was almost dawn so that meant that his parents were going to be here soon. However she wasn't worried, Kayla knew that he would be able to walk in about 10 minutes without anymore trouble he was doing very well. By the time their parents had came the little baby boy had been walking all over the place and his parents were completely thrilled and happy giving Kayla many hugs. With a smile Kayla had walked out of their home and returned back to the guild with her award.
« View previous topic · View next topic »