Walking around near the Guild in a nice day like this, Mura was testing out a new ability; a technique, learned from Kyuken, that turned his flesh and bones into a soul, thus granting him all of its traits; invisibility, flight and endless trickery. Ethereal Force, as he would call it. Now that he was pretty much free like never before, he spent his timetesting this skill out. He walked right through people, which scared the hell out of them, as their clothes would move off them for no apparent reason. “Hehehe… this technique is amazing! Kyuken, why didn’t you learn me this earlier?” Mura excitingly asked the floating samurai guy who soared beside him. “Well, I waited for the right time, master… besides, you shouldn’t play around with it. It’s a very special technique and not just for fun,” he answered, while Mura wriggled with his arms in front of people. “And that comes form you? You're using it all the time to look into peoples' underwear," Mura replied with an annoyed voice, causing Kyuken to admit reality, "Let’s try it out at the guild, shall we?” Mura suggested, while directly moving towards the Guild. Kyuken had expected him to wait for an answer. “Alright, but… hey, wait a second!” Kyuken called and followed up on him.

Inside the guild, his technique worked just fine; nobody seemed to spot his appearance. He spotted a few familiar faces around a new boy that Mura hadn’t met before. He must’ve been a new member. What he also spotted was that this new mage had some problems, but rapidly retrieved help from another member. A sigh came out of his mouth; helping your guildmates like that was his view on a true guild.

He decided to greet the new guy and get to learn him to know, before a spark hit Mura’s head. He just spotted the appearance of something heavenly; perhaps the most shining, hopefully best cookies that he’d ever seen in his entire life. Without hesitation, his body appeared in front of Alyia and his hands snapped a cookie. Him being a spirit at the moment, she would merely see a floating cookie getting eaten, bite by bite. He decided to stay in that form a little longer, slowly regretting that he forgot to ask… 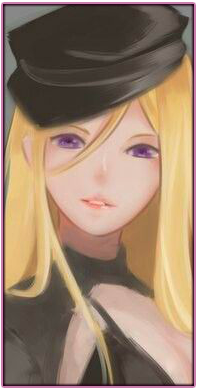 One moment most of the cookies were there the next they were almost all gone. Her eyes widened at their sudden disappearance and she let out a ringing laugh. She didn't mind if people had these cookies these were made for everyone. But a sudden crash from the kitchen suddenly caught her attention. She froze suddenly and drew her arms in in preparation as to what she knew would be coming.