Suzuran did not necessarily care about the people of Quanny Village, the fact that their lives were being threatened and they were being forced into labor meant nothing to her. However, the experience did. She was here for that and only for that. She’d asked for help around Black Rose’s guild hall for this mission and been told that someone from Omen would arrive to help her. Currently Suzuran was waiting outside of the town limits, waiting for the other one to show up. She wasn’t going to start out without them. She wasn’t strong enough to kill thirty people by herself after all.
modesty 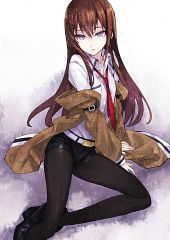 Iayui wasn't sure if this mission was him being hazed, or if they wanted an Omen member here to help out. Either way he felt like he was being used for something that could have a lower ranking member of the guild to go with this 'Suzuran' person they had told him to meet. A man, dressed in all black while wearing his light body armor, with a multitude of weapons would make his way to the city limits where he would find the girl that matched the description of his charge. Protect this girl? He could probably finish the mission by himself, he just had to pick out the most dangerous ones and take them out.

His neutral cold voice was met with one much similar in nature, except for the tiny fact that it wasn’t almost unfeeling. It was completely unfeeling. There were only one or two emotions that the woman could understand, and those were the desire to survive and the pleasure of feeling soft things. The fact that his voice had no emotion whatsoever evaded Suzuran. Even if it had had emotion she wouldn’t have been able to understand or even comprehend an inkling of it.

Iayui may have walls- but Suzuran had a distinct lack of care for any such walls, simply because she did not know they existed. Even if she did she wouldn’t care. Empathy was not on the top of her skill set list. “Yes.” She had seen this man around Black Rose, but had never spoken to him. Now that he was here they were ready to go. He looked to be quite the powerful mage. Considering they were going to be up against thirty other people, the fact that he was strong was quite the good thing.

A single word response, excellent. That meant he had no need to do any fake pleasantries and could just get on with the simple job of extermination; for these holding the siege were fit for assassination by default if he was sent. "I'll keep an eye out for snipers and those hidden around. You take out anyone that gets close to you, and if you need covering fire let me know." The voice was commanding in a way, like an experienced soldier guiding a greener one to drive through what was needed to succeed.

With that said the man would raise the sight of his weapon to see a small reflection of light in the distance. 'So it begins,' the man thought to himself as he lined up his weapon to shoot just slightly above that glint. A single depress of the trigger would fire a blade at the man, a blade moving at twenty-five meters a second, that would pierce through the skull and into the brain. "One." It was cold, calculated, a death count. It was not a battle for kills, but a count to make sure he knew how many to report at the end of the mission when he spoke to the leaders back in the base of Omen.
Heyyew

Shots to the skull. Those were fatal, weren’t they? Yes. Yes they were. Which meant that Iayui had just committed a murder. Which was against the law. It was far from Suzuran’s job to enforce the law- so she wouldn’t do anything about it. Her mother had made it sound like that the law not to kill anyone was a big one. Yet here her guild mate did it like it was nothing. “The old man said we were supposed to take care of them. Your actions are counter intuitive to the mission directive.”

Yes. This woman really was that literal. While she did actually possess a decent amount of potential for intelligence, she could be incredibly dense when it came to human expressions and euphemisms.
modesty

After his first number being spoken out, the man turned to see another glint in the distance; this one almost one hundred and eighty degrees from where the other had been stationed. It was pretty obvious what the being was aiming for, them, so he brought up his weapon again and took a quick aim for the same spot as before. A single press of the trigger offed another life before the person he had been sent to assist spoke up to what he was doing.

"You misunderstand. To 'take care of' was not a literal meaning; he means to get rid of them from the village. As they will not leave peacefully there is but one way to finish this properly; death." With those words he would hear the sound of feet running towards them; men that were not stationed as snipers coming to find who had killed two of their marksmen. "Two, and more on the way to add to it."
Heyyew

Was this truly a legal job? Suzuran would ask if she truly cared. She opened her palm, a spear of ice forming within it. Was not murder against the law? The ice elemental recalled some degree of controversy at the guild master’s decision to make Black Rose a legal guild. This was probably the reason. Suzuran then threw the ice spear at one of those that were approaching, using her magic to speed its progression through the air. It struck through her intended target with brutal precision. Her second kill in her life time. The first one that was human. The ice elemental, however, did not care in the least for the life she had taken. After all it seemed not even one of a legal guild seemed to care. So why should she?
modesty

A quick check would show no more of the snipers around that were visible from his current position. The sniper would be placed on his back, only for him to summon up a weapon from his toxic pocket dimension. The ten spikes he was suddenly holding, five in each hand, held the poison from the man o' war. The poison in it caused intense pain, something he could manipulate into doing even more if a spike hit a target.

Sadly, for the four men that turned a corner to come at him, Iayui would not have to activate the poison at all. Each found a singe spike buried into the center of their throat, each suffocating as the poison went into their lungs. "Six."

He was taking most of the kills. This was slightly disconcerting for Suzuran, who wanted to get experience out of this two. Suzuran formed another ice spear and sent it in the direction of a pack of three people, aiming it at the biggest of the three, the marauder. Unfortunately her aim was slightly off, as she was only able to skewer the man’s leg. The two thieves that were with him then proceeded to run in the direction the ice spear had come from. They looked far shrimper than the marauder that Suzuran had struck, but they were quite speedy.
modesty

A crack of a rifle resounded as he began moving towards the group that his partner was attacking with ice. The shot missed, most likely expecting him to stand still for whatever stupid reason, as well as gave away the sniper's position. A skidding slide would be made as he drew his rifle again and took a quick aim, the shot being set up easily before he fired.

Sure the shot would land, the man aimed it back around at a new set of men came around a corner; both holding guns. One shot a single bullet at him, an easy to dodge shot, while the other sprayed out a surprising amount of which a few caught him in the side before he could recover from his previous maneuver. Nothing quite pierced through, but it stung as he drew his weapon and fired a rapid amount towards the two; cutting both down into pieces in a slight anger. "Nine. I hope we're almost done here. This is boring."