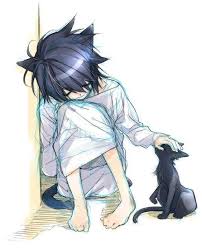 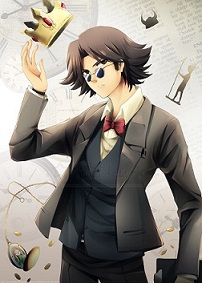 In the Serene Cliff, there's a nearby forest that flourished with life, forest Vulcans play around and wrestle with each other, the birds tweet out their hearts creating a melody that comforted the wind as it flowed through, the grass whistled, repelling the silence of the forest yet tranquil giving one a warm feeling of nostalgia.

Riku Fulster was here today to answer the request of the one they call "Mejai" The actual name of the client to become a volunteer for his recent experiments but of course the latter must be established first, a quick interview for Riku and the presentation of his resume to his lab assistant Kyrie. Riku Fulster looked around and it seemed that he wouldn't be able to find the workshop, however upon taking the request, a man in a hood gave him a stone that would allow him to find his workshop. For a period of time Riku walked everywhere in the area until he managed to find a trail, a pathway which he did not see before.

But was there such a pathway when he came here? Perhaps his mind erased the image of the pathway and his ignorance kicked in but there was no wrong on Riku's part.

The magician set up a Boundary Field, preventing anyone from finding his workshop right away. As Riku would have followed the path, he was greeted by the Forest Vulcans who were wrestling around, giving him such frightful stares that would make him flinch. As Riku continued onward he would see a long cement wall that would cover the height up to his chest with a long metal fence that reaches up further from the cement wall for over 5 feet.

Outside was a girl, with glasses awaiting for him or has been waiting for him. They'd knew of his presence as soon as he stepped right into the invisible and transparent boundary field. It was a compound secluded in the forest near the serene cliff, yet its appearance seemed to have be covered by my magic and now only Riku would be allowed to see.

"Greetings Sir, I assume you are the one that has taken Master's Request no?" She bowed down in respect, crowned with white hair and in a laboratory ground.