The King of Thieves (Job) 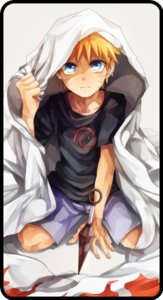 He could feel one of the pulses find its mark again, managing to dodge the other ones as they skirted past him. The wave took another bite out of his armor, which was still holding up fairly well, Mitsuo impressed by how strong he had become with this new magic. He aimed his Club of the Heavens directly into the bandit king's broken ribs, further smashing them and, he imagined, puncturing a lung at least and making it difficult for him to breath. The club would recede and Mitsuo would draw his other sword once more, taking the double sword assault back to the Bandit King, The scimitar moving with amazing speed and precision, managing to block the majority of the shots that Mitsuo was throwing at him, though they didn't all get blocked, one time Mitsuo throwing a feint high and instead slicing at his right knee, the Bandit king wisely blocking the shot to the head at the expense of his knee. He buckled slightly, which gave Mitsuo another opportinuty to get in a strike on his right side, opening it up.

The Bandit King would then teleport to the other side of the room, hurling his scimitar to Mitsuo's side as he attempted to close the gap with the king. He would notice at the last second that the scimitar was coming back around to hit him and managed to block it narrowly, the weapon returning to the angered bandit king's hand as he finished closing the gap with Mitsuo and sliced into his left bicep, causing Mitsuo to drop his guard with his left hand, having to instead block with his right as another shot came in at his neck, Mitsuo getting the hanging block up at the right time as he once again booted the king in the ribs and sent him skirting across the ground. "Surrender, I have no intention of killing you today."

"You wish I'd surrender Fairy Scum. I'll never give in, The Cartel fights until the last breath!"

Two more slashes connected with the god slayer just before his armor dropped and he was left defenseless, or at least slightly less so as he was never truly defenseless. He ran up and kicked the bandit king in the wound in his side, opening it up more so and causing blood to gush out of it and a scream from the Bandit King. "YOU CAN'T WIN, WHY WON'T YOU JUST GIVE UP?" He stomped on his broken ribs, feeling the soft bits beneath them and hearing another pained but somewhat muffled scream, knowing that no matter what at this point the man wouldn't likely live through a stay in the hospital. The Bandit King managed to teleport away from Mitsuo, but not before he had gotten another slash in, bringing his blade down to sever the man's left arm from its already wide opened shoulder. He couldn't see where the bandit king was, but he could hear his pained whimpering from behind the crates.

"You...you underestimate me...Fairy...I am...the Bandit King...And I will not...so easily...be defeated." His words were labored and Mitsuo could hear the pain in each breath that he took. He had to end this, he decided as he walked towards where the sounds were coming from. He knew there was no chance for the bandit king to survive at this point, and there was only one proper thing for Mitsuo to do. He would end his suffering and his life.

Mitsuo himself nearly collapsed as he felt the slashes dig into his legs, the Bandit King teleporting behind him once more as Mitsuo spun around hearing the blade and managed to get his block up just in time. He kicked the Bandit King's knee, causing him to wobble and sliced his other knee out, making him crash to the ground, no longer able to stand. The battle was all but over, Mitsuo seeing the life leaving the man with all of the blood spilled. "I'm sorry that it had to come to this, I didn't want to kill you." The bandit king spat at Mitsuo as he attempted to console him, Mitsuo turning to walk towards the crates as the Bandit King bled out behind him. He wasn't done just yet though, and he threw his blade one more time, Mitsuo spinning around to block the blade before swinging his blade out one more time and removing the man's head from his shoulders, the disembodied head rolling along the floor as Mitsuo sheathed his weapons. Some more bandits walked into the room and, to their horror, saw their leader decapitated in a pool of his own blood. Mitsuo stood by the crates and looked at them.

"Look, I don't want to kill you guys too...Please either help me get these crates out of here, or leave, but don't bother fighting me...There's no way you can win." He didn't tell them that his magic power was completely spent. They looked among one another and advanced towards Mitsuo, laying down their weapons and helping him move the crates out of the hideout, having clearly earned his prize. He was glad that they didn't press him, as he was pretty sure he wouldn't have been able to last much longer now that his god mode had worn off.

With the help of the cartel members, Mitsuo had no issue hauling the crates out of their HQ and towards the village that had sent him, his entire body aching as he made his way there. He made sure that when he got back to the village he got patched up, as he had taken a lot of damage in that fight. His body could regenerate itself slowly, but he decided it would be better to get some proper healing before taking the long train ride home. He found the nearest hospital after getting his payment for the job and got patched up, spending a couple of days resting in the town before boarding the train back to Magnolia Town.

Mitsuo sat on the train with a book in his hand, glad that his memory wasn't nearly as vivid as it once was, the idea of decapitating someone would have been something that hat haunted him for the rest of his life, and he certainly didn't want that. He couldn't figure out what it was that caused people to do such stupid things and push themselves to places that they couldn't go, or stand up to opponents that they couldn't beat, but he knew that he was glad he was smarter than that. He sighed and passed out for most of the ride, awakening and glad that he was close to being home, where he could simply relax and enjoy the company of his guild...