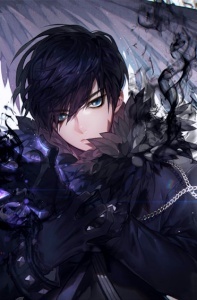 Job Description:
Job: Housekeeping!
Job Location: Clover Town
Rank: D
Player Requirements: Max group of two. 5 posts each, at least. 150 words minimum per post
Job Requirements: One D-rank mage or higher; Solve all of the clients dilemmas.
Job Description: "I'm going away on vacation and I just can't find a house maintenance done while I'm gone, please, will anyone out there help me. Watch out for Frank though, he's the neighbors dog that always finds a way in somehow, as long as you keep out of sight, but find a way to stop him from coming back without killing him. Also, there's a pesky fly problem. And finally, I have a leaky roof. Good luck! "
Enemies:
If "Boss" is rolled, it also counts as Strong. If "Normal" is rolled it counts as weak.
Strong; Frank is pretty strong against D-rank mages, so he's a bit of a challenge, he runs very fast for a dog and has the biting pressure of a crocodile.
Weak; They are flys, they are annoyingly fast and small, making them hard to hit. Weakness to lightning and bug zappers.
Reward: 1,250 jewels each 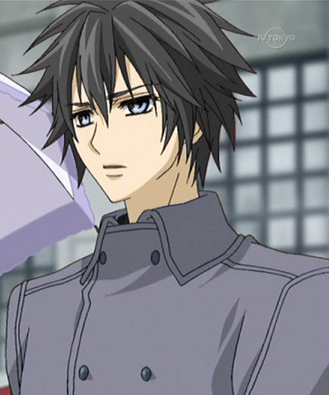 Javel's new mission took in place in Clover Town. He left the guild at the dawn and made his way to the nearest train station, arriving at his destination within hours of leaving. The dark mage, as he walked to his client's home, took a look at the mission slip and tried to make note of what he should be expecting out of this mission.

His client in particular seems to be on vacation, and it was the mage's job to keep watch over the home left behind. It didn't sound too hard as the client's request was rather simplistic and straight-to-the-point. If all goes well, Javel expected himself to have another successful mission under his belt. Granted there were potentially going to be nuisances that he would have to deal with as he kept guard over the unoccupied home, but the dark mage was relatively confident in his skills; he'd dealt with worst in the past.

Javel reached the address. The house was more like a mansion than anything else; it was no wonder why the client wanted someone to watch over it in fear or robbery or trespassing. The dark mage took out the key attached to the mission slip and unlocked the front door. He stepped in...

The exterior of the mansion looked just fine, but the interior seemed a little problematic, more so than the dark mage would have hoped. Nonetheless, it wasn't anything that he could not manage on his own and with that he got straight to work.

Javel surveyed what he had to deal with. The floor was wet so that meant there was a water leak somewhere in the house that needed to be plugged; he recalled the mission paper claiming that the noticed leak coming from the roof, so he decided it was best to investigate there first. Javel headed up the stairs and sure enough, he almost immediately spotted a small crack in the ceiling. Tiny droplets were coming down from the small hole at a rather fast rate; the dark mage assumed that it had been there for a while and the client didn't bother to fix it prior to leaving for vacation.

The crack was not something he could not repair. Javel activated his telekinetic powers gifted by his Requip magic and slowly tried to realign the small gap. It took a good amount of concentration, but he was able to close up the whole just enough for the water to stop dripping. That was one problem fixed, and now he had to clean up the slippery floor to have the house presentable. A mop just so happened to be nearby and the dark mage got to work.

With the floors dried and the leaking problem dealt with, Javel took out the mission slip and went over it again. Now what exactly would he have to deal with next?

The member 'Javel' has done the following action : Dice Rolls

The client stated that there was apparently a fly problem that had to be dealt with one way or another. Javel wandered around the home in search of the buzzing and found himself in the kitchen seconds later. He was mildly disgusted by what he saw; the buggers have made the entire room their small nesting ground and they were very much active despite the house's relatively clean condition.

The dark mage entered the room, opening the nearest window and began swatting the flying insects out of the house. A small amount of them were driven off, but the remaining bunch were adamant in staying so that meant having to find another to get them to leave. Javel tried banging the walls to scare them off, but that only seem to frighten them out temporarily before they returned quickly afterwards. He tried splashing some sink water on them, which didn't amount to much aside from annoying them further than they already are. Out of other options, he decided that he would have to use his own magic to settle this infestation.

Javel activated his Requip magic on his command. A yellow magic circle in the shape of an eye was expelled from the end of his fist. It retracted as Javel pulled back his hand, it landing on his chest and prompting blue lightning-like patterns to outline through his entire body. Blue energy combusted from the magic eye, his Soul Armor now in the place where he was once standing. Javel flexed his arms in triumph and a yellow-and-silver hooded cloak sprouted from his chest-embedded magic eye, flying over and then coming back down on him. The cloak then merged with him, forming the armor's unique faceplate and finalizing his transformation.

Empowered with the Edison Soul Cloak, Javel then summoned his lightning lantern and attached it to his Berserker's Hand weapon-tool. Figuring a low-powered lightning spell should do a trick, Javel activated his Omega Bomber and electrocuted the entire room in a single flash. Every single fly within the room's radius immediately fell to the floor dead, his bug-zapping attack effectively reducing their numbers to zero. Any stragglers immediately flew out the window and never came back.

Javel quickly left the kitchen and returned with a broomstick, sweeping up the dead flies into the garbage bin for quick disposal. With the fly problem dealt with, Javel took one last look at the mission slip for anything else that had to be done.

The local neighbor dog, according to the client, had a habit of breaking into the room and causing a mess. As a precaution, the paper advised to take care of him in a respectful manner to prevent the animal from ever coming back. Javel twitched a little back at the idea of having to deal with an annoying pup from messing up the house he just fixed up now. Luckily for him, however, the dog was nowhere to be seen and this allowed the dark mage valuable time to snoop around in an attempt to find out how this problem came to be.

He quickly identified the source of the problem. There was a side door that escaped Javel's notice prior to coming and this was just adjacent to the neighbor's own side entrance. While doors would normally be impossible for dogs to open when fully shut, the client's knob as well as the hinges were deteriorated and the door would inevitably open on its own in given time. Since the dark mage didn't have any time or resources to repair the door, he decided to take the easy way out and work with what he currently has. Taking a sturdy chair from the living room, Javel wedged it in between the knob and the floor, tightly enough so that nothing would coming in or out that way. Problem solved for now.

With the mission completed, Javel waited for nightfall where the client returned. The dark mage addressed him of the issues he's fixed as well as the problems that still needed to be dealt with. With the mission followed through as written, the client gave Javel his payment and allowed him to leave.