Teh meeting of minds and guild masters.(Kakuma/Hika) 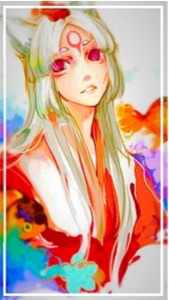 Teh meeting of minds and guild masters.(Kakuma/Hika)

Kakuma had been on the road for over a week now she didn't know how her plans would go but today she would find out. Kakuma stood among 7 men clad in black armor, each held a weapon of some sort. She sighed and turned back to look at the Cassie, the large AI had made a friend of a mouse, somthing Kakuma found amusing.

"Ma'am?" On of the guards said as Kakuma looked back to the city. "You don't have to go yourself you know one of us can do it."

Kakuma smiled and put a hand on the mans shoulder. "Thank you Goras but this is something i have to do." Kakuma looked around at the other 6 men, she had started with 9 but they had been attacked on the road by a legal guild. Kakuma was not thrilled at the idea of geting attacked by legal guilds anymore, and with the emergance of the guild Infinity Hydra she had even more reason. They were suppose to be some kind of dark guild hunters, Kakuma figured they might not see independants as non-dark guilds. She was also annoyed that Elyx had not gotten the title of Wizard Saint cause they were a Independent guild. "Cassie we are heading into the city." Kakuma started walking towards the city.

"Be on guard boy's we don't know how the Sabertooth people will react to Black Rose." she heard the Sargent say, she heard the other give a confirmation and they took up a escort position around her, the loud foot falls of the AI Cassie drowned out all other sounds, like a countdown.

Kakuma and her entorage entered the city, the people stared at the group as they walked down the streets. Kakuma figured that the castle was the best place to start and so they headed there first, arriving with almost no problems save some RK office stopping them. She looked at the castle, not her style to much stone, "Lets go." Kakuma motined the group to the entrance of the castle, where they would get stopped most likely.


Kakuma would speak first and would speak loudly, "I am here to meet the guild master of Sabertooth." Kakuma felt the men at her side tense, a small crowd had followed them, Kakuma used hand signals ask a question *Problem?*

Kakuma figured it would not take long for the guild master of Sabertooth to arrive and she was correct. The woman came marching down the bridge with what Kakuma figured was a show of force, Kakuma simply chuckled at it. The woman reguarded her and her men with cold eyes, something Kakuma was returning. She knew Sabertooths reputation, a guild of hero's or something like that. But just because someone says something does not make it true, she narrowed her eyes and looked at the BRSTG troopers, "Keep on guard this may turn nasty if they decide to treat us like darks." Kakuma was not willing to take chances Black Rose was trying to go legal but there was sure to be some resistance to the idea. "If it does get nasty stay non-lethal and turn on your recording devices." The men nodded, Kakuma sighed as she heard the woman speak.

"do you have any business with me?" The woman said, her blue seemed to be fixed on the group.

"Fall in line guys." Kakuma said as she moved up to the woman. "I am Kakuma Blackflower, the guild master of the bounty hunter guild Black Rose." Kakuma stopped in front of the woman, her vibrant crimzon eyes showing no emotion as she spoke. Kakuma was keeping a cool as she could as she spoke her next words. "I have come here for Sabertooth's blessing... for Black Rose to go legal." Kakuma put her hand on her hips, took a deep breath and continued. "And setting up a alliance between these two groups."