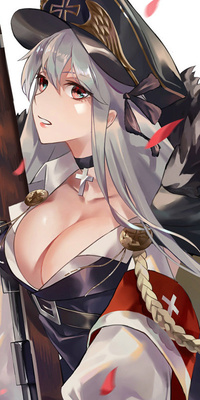 Lynn had been in Clover Town for quite some time now, from the day she had arrived when she decided she would help around Clover Town, giving a hand to those who needed it. It was more about being a nice person, than getting jewels or gaining job experience. She wanted to prove she was as helpful as her past self, even though she had a complete transformation. Everyone praised her old self, she was not sure they would do the same for the new Lynn. After all, she did act and speak a lot more differently compared to Tane. Tane...

Lynn didn't want to go back. She didn't want to think of what she did in her last few moments as Tane. She wasn't going to let her mind recall the dreadful event. Why was the world cruel to her?

Lynn began to walk in the direction a bit further out of the main town where there were farms and things like that. Her legs took her there. It wasn't like she intentionally wanted to go there. For about a minute and a half, Lynn roamed about the place, not finding anything to do. And just as she was about to return to the main town, she heard a screechy noise produced by a grown male. What in the world?

Quickly, the summoner rushed to the source of the sound, meeting a man wearing a straw hat and pretty ragged clothes standing, holding his hat and looking around him frantically. "How may I help you?" she asked, poking at his arm to get his attention. He wasn't even moving from the spot, just standing at one single place and turning around to different directions.

"I'm sorry, sir," she apologized, although it wasn't her fault that he was scared. She had asked gently. The man, rubbing his chest to relieve the shock (she guessed), nodded.

"Don't be. I guess you're here to help me. That's good. I just lost a chicken and it's no ordinary one...I injected growth things that I bought from a merchant recently! I don't even know how it works properly so I'm not sure what it's supposed to look like. Maybe gigantic. A giant chicken on the loose!" he explained, panic audible in his voice.

After making sure that the man was not panicking too much anymore, she asked for a gigantic bag of rice, then hurried back into town. It wasn't long before she came across a few freaked out citizens, screaming about a beast attacking the town. It had to be the chicken. If not, Lynn was going to have to kill the 'beast' that they were talking about, and the chicken as well. Sighing, she ran towards the source from which scared citizens were running from. A few minutes later, she came to a in intersection. And right in the middle of it was a humongous chicken.

The chicken stopped making stupid noises, its attention fully given to Lynn, which was not very satisfying as she was now its target. Shit! Now it's going to peck me like a rice seed! Trying very hard not to look like a rice seed, Lynn waved the bag of actual rice seeds in front of the monstrosity, hoping it would know what the contents were. "Chicky! Yer food!" she announced, waving it even more rapidly when the chicken seemed interested in it. "Yes! Come and get it!" she yelled, grabbing a handful of the seeds and making a trail. She had already measured the amount of seeds it would take to make a trail all the way back to the farm place. The amount she brought was accurately all she needed, no more no less. Only thing she needed was the chicken's cooperation and it would all end well.

Lynn continued to make the trail, checking behind her as the beastly chicken followed, consuming all the rice seeds that she left for it. This was going as planned! And so she continued doing what she did, looking back frequently to make sure the chicken was still there and following her. Once she reached the farm, many of the people there panicked and ran from the chicken, but the owner ran towards it, not showing the least bit of fear as he hugged its giant feet.

"Thank you so much, mage! Here take your reward!" the man said, throwing her a bag of jewels she caught in both her arms. Lynn then waved and left with her reward. It seemed he knew how to resize the giant creature to its original size, so she didn't bother helping him with that.