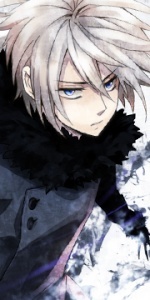 Rank: C
Player Requirements: Taint the holy water with no living witnesses, roll monster dice min of 3 time, Thread must be at least 25 posts long, 200 word min per post, Must be done at night.
Job Requirements: 2 C-rank equivalent, max of 4 mages,
Job Location: Clover Town
Job Description: Taint the holy water how ever you wish in both churches if you encounter anyone in the church you must silence them so they can't tell the Magic Council who it was that broke in. Combat in the churches is difficult since the entire building is enchanted to make dark(evil) mages one rank weaker(minimum of D-rank) this means you're only able to your spells of lower rank.
Enemies: Note: The attacks from these enemies do double damage against dark/shadow magic users and take double damage from them.
Weak: Alter boys x 4- These kids can do Holy/Light magic(D) which will basically be they shoot a beam of light at you. They each take only 2 C-rank equivalent worth of damage to drop.

Normal: Priest in training x 2- These priests in training use Holy/Light magic(C) they can shoot the beams of light from any direction making their attacks difficult to predict. They take 3 C-rank equivalent worth of damage to drop.

Strong: Priest- The priest is accompanied by 4 alter boys. The priest uses Holy/Light(C) and Healing magic(D). The priest can create a bubble of holy energy to protect him and the alter boys for three attacks before breaking. Is able to do a group heal every two posts in combat to heal himself and his allies by D-rank health. The priest takes 4 C-rank equivalent worth of damage to drop.

Boss: Head priest- The head priest is accompanied by two priests(without alter boys). He uses Holy/Light(B) and Healing magic(C). Just like the priest the head priest can shield all of his allies(the shield is able to take up to 4 hits before breaking) and is able to do a group heal every three posts in the combat to heal himself and his allies by one C-rank worth of health. The head priest takes 6 C-rank equivalent worth of damage to drop.

The moon was high up in the sky, beaming down silver curtains of light, that bathed the area in a faint glow. Zuko was just making his way to the train station where he had agreed to meet the partner. He had allowed himself to be distracted with gambling until the last minute, after all why leave when you're on a winning streak? He had earned quite a bit of money, as well as a few unlucky patron's valuable personal belongings. After stopping by the bank to deposit his winnings, he decided it was about time he got on with this job.

It was a rather bothersome job and he hadn't been looking forward to it. After all he was supposed to be tainting some holy water that he didn't have a personal interest in. What he did have an interest in, however, was the hefty reward he had been promised for completing this assignment. He couldn't help but smile a little to himself as he day dreamed about this job's high pay off, though it was cut short once he recalled what a pain it was going to be. "Break in, taint the water, slip out..." he muttered to himself as he now drew closer to the train station rendezvous. "Let's try to get this done quickly."
« View previous topic · View next topic »