Welcome one and all to a new kind of pvp battle! In this one each person will post to a given post order for each round, which is changed each round, and the judge will decide what happened based off of the RP portions of the RP along with the stats and magic of the participators!

Combatants find themselves on Crescent Island, a popular resort island, and have found a like minded fellow to spar with.

Victory Conditions: Drop the opponent to 1 HP or bring them into submission. Hitting 0% MP automatically forfeits you. Leaving the Island forfeits as well. All PvP rules are in effect, and must be followed. Failure to do so will result in a warning from the judge. Only 2 warnings will be given before a forfeit occurs.

Not Being Used to to Player Agreement: No Pets

Players have the standard 7 days to post when it's their turn or it is forfeit. No Extensions are allowed for this type of PvP match!

INTRO:
On a far away island from the guild known as Infinity Hydra, two of it's newer members had traveled here to do battle. The two Mages were Knux SHi and Nazaki, each to their own had come from a abnormal clan, and fought differently then normal mages. It was due to this that the two mages seemed to be naturally draw together as rivals, constantly wanting to be better then the other. Today would mark the start of their long to be history of matches who would be the victory of the 1st brawl? Would It be the Saiyan and his quick speed and powerful physical attacks, or would it be the Soul user and his quick thinking and powerful sword skills? There was only one way to figure out which of the red headed mages was the better of the two and it was time to do it!

Opening Post:
Upon the current island the Knux was on the conditions for a battle were near perfect in his mind, thanks to the rich plains of grass and flowers. The ground was covered with them which mean the soil was good and padded, any slams into the ground would be less likely met with scraps and cut and more with grass and dirt streak on their body and clothes unless of course one was slam fairly hard. However to complement the beautiful ground they were meeting on to duel, the sun was shinning but not to b right were it would blind one or the other from either side of it. No it was at the perfect angle and height where it just warmed the island and gave it that nice feeling of today was going to be good. To finish it off the Ocean wasn't that far from them which allowed th gentle trade winds to blow giving a slightly cooling breeze and filled the air with the smell of salt.


Knux was ready, he had been itching for this fight since the two had first worked together to find that puppy. They were finally getting that chance to face off and prove to each other who was the best currently, any mistake could cost them the fight. This is why Knux was happy had had brought the devil's fist and was wearing the armor of his race. There was no going easy on each other he only hoped they were going to give it there all. Knux was found sitting in the grass with his legs crossed and eyes opened awaiting Nazaki to show up, though he may had seemed like he was off guard he was more focused then ever before. Today he was wearing his tradtion red and black G setup, his gauntlet was over his right arm as always and his single shoulder chest combination armor was on his chest and tightly secured. It wasn't long now that the two would met in battle.
_____________________________________________________________________________________ 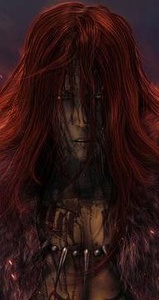 Up above the sky was where Nazaki had currently been, flying towards the location he was supposed to meet his rival, Knux Shi. Today would reveal who was stronger than who, and Nazaki had never been so excited. Whilst in falcon mode, he flew at incredible speeds until he began to feel the soul of his friend nearby. Glancing down he could see him, sitting in a calm manner, probably focusing his energy or simply calming his mind before the fight. Immediately Nazaki dove towards the open land about 20 meters in front of his opponent and just before landing moprhed into a Vulcan to break the landing. He wasn't immortal, at least not yet so from that high in the sky he could have broken his legs. His landing would make a huge crater into the ground that would reach up to 8 meters, stirring up a large dust cloud to cloak Nazaki. Whilst in the cloud, he moprhed back into his normal self, now standing straight waiting for the dust cloud to cease. Nazaki wore a white cloak, and a white head tie, glaring forward at where his enemy would be. "Yo, you done resting?" His voice totally serious. When the battle would begin, he would summon his scythe, but he figured that his opponent should get ready first since this will be a fair fight...or so he assumed. Knux wasn't the type of man to catch his enemies off guard. Seeing as Knux has yet to see him in his new appearance, he may have been surprised but he'd undoubtly know his rival when he seen him despite any random changes. That was just how the Saiyan was. "Please, make me bleed." Finally, a worthy opponent.
_____________________________________________________________________________________ 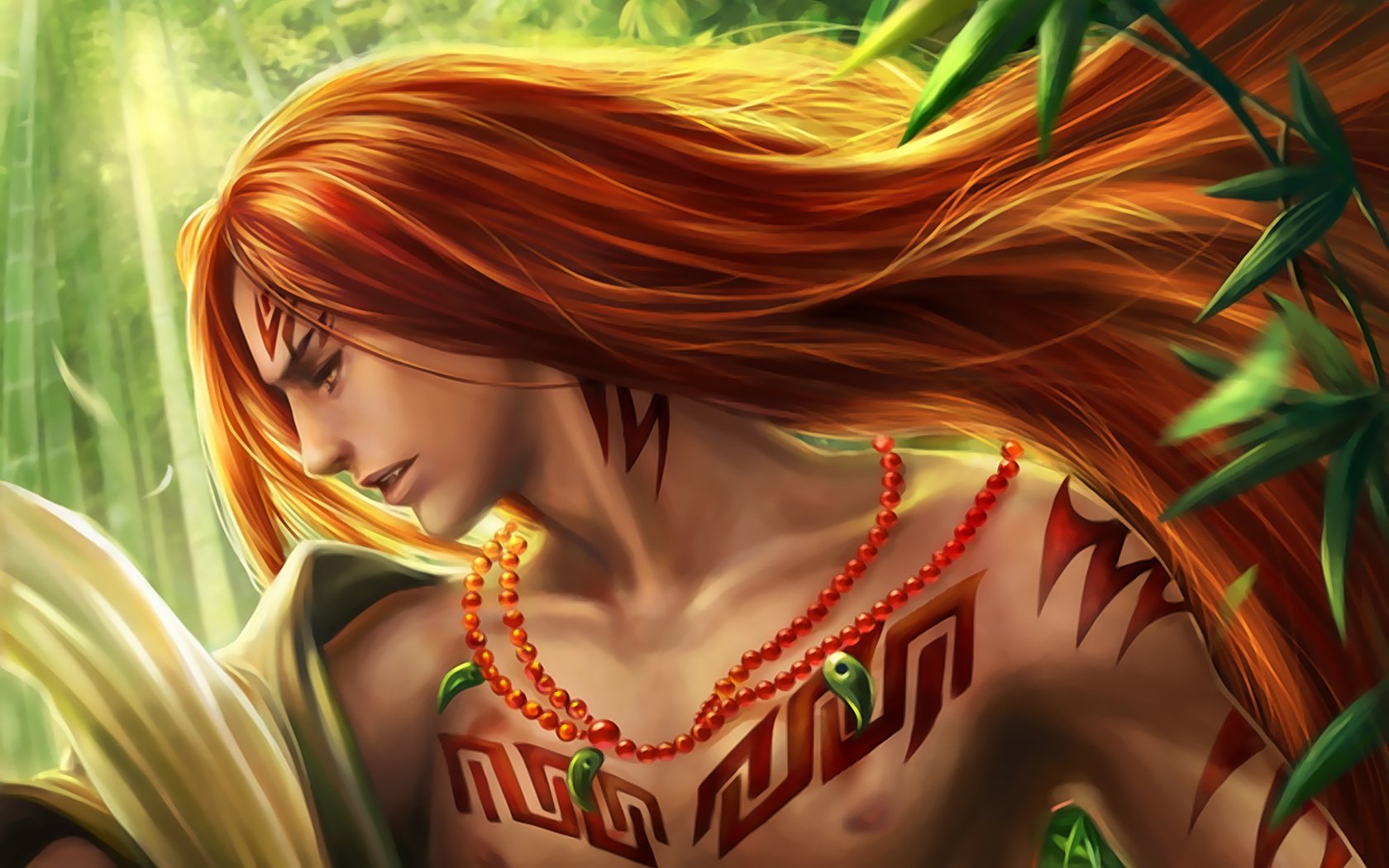 "Well, what are you waiting for...Guest?"
The Mage | The Magic | The Arsenal
Knux Shi

As Nazaki's magical power approached he felt his power roaring to be unleashed. A loud crash was heard as his oppoent landed upon the the battle area, Knux stayed put waiting till the smoke cleared before trying even get a glmps of him. Hearin the comment from his rival he grinned before he stood to his feet. THe saiyan was ready to start. ""Heh, fancy entrance Nazaki. DOn't you worry once we are done I'm sure you'll be bleeding plenty." A red aura began to swell within Knux befre it became visable. He entered a stance waiting for his rival to enter his if he wished, after five seconds if he entered one or not Knux Began to dash towards Nazaki. He was closing in quickly traveling at 14 meters per second. Once he had reached 10 meters from Nazaki he gathered his energy into his left hand and fired the sphere at Nazaki's face, once thrown from his body the spell traveld at 9m/s. Knux didn't stop his dash though once he had tossed the sphere he ran off to the side coming from an angle for Nazaki. Once he reched the side Of Nazaki he sent 2 quick jabs with his left hand to the ribs, attempting to lay some quick blows to test his opponents speed and relfexes, by time Knux was done with his jabs his Ki blast should have be able to hit by now or so he hoped. IF if had a cloud of smoke would appear from the place it hit for a few seconds, giving Knux the chance to move back ten meters.

Basiaclly I ran at Nazaki, fired a spell then changed directions of my run to an angle attacking from the side, then spell hit about the time i finished my attack.

A smirk grew upon Nazakis face as he summoned his scythe once extending his hand. At that moment, his rival stood and began to speak. The wind genly blew, causing Zakis white cloak to flap in the wind while Knux replied. He ensure the snow haired male that he would undoubtly make him bleed before the batle was over. Knux then took his stance before gripping his spear and taking his stance as well, and upon seeing his foot take the first step he moved forward as well. The whole time his eyes remained on his opponent as he noticed the difference in speed between them. Sudenly he noticed Knux charge a ball of energy before firing, though Nazaki was fast enough to simply move a little to the left. Sudden, his oppoment moved quick, bt he was able to see , and sense his soul in the knick of time to use a wind spell only to stop his movement so that he himself could swiftly step forward. It was obvious then that he hoped for the energy blast to hit, but he didn't expect Nazaki to dash towards him too, fucking up his whole attack. Thanks to the wind spell, Knux would now be behind him so he immediately turned his body and swung his blade. Due to Knux only missing by a couple feet if that, Nazaki figured his scythe would ne able to extend enough reach his back. "Is this all the mighty saiyans are capable of?! Heh. What a let down."

25% increase to reflexes
If the attack misses, as long as you're within 5 meters you take 50% damage
+25% Spell damage

Basically since I too ran towards you, I was able to see energy you "gathered" and dodged it upon you releasing the energy. You then moved towards my side which I saw since my eyes remained on you. You missed because I dashed towards you and dodged you spell, switching my whole position. That wind spell would stop your movement for only a second since your movement speed + my spell knockback would only stop you.

"Well, what are you waiting for...Guest?"
The Mage | The Magic | The Arsenal
Cr1tikal

The battle started off with only a few attacks on each side; neither showing their true power and skills right off the bat! Only a few attacks went down when the fight began, but those attacks would make an interesting view for any that happened to see what was going on.

The first strike would be made by Knux Shi, a red sphere striking his sparring partner as he tried to side-step the fast attack in the small timeframe he needed at the close range there were at. (D rank spell hit, -20 hp) As both tried to manuever around each other for physical combat.

Nazaki's wind spell managed to slow down Knux for the man to get into position better, the punches missing him as he swung the sycthe for a good strike. (7 hp, 2 base D rank damage + 5 for weapon)