Six Paths! I wanted to start us on SOMETHING, so I though of this. Here is a thread where we can discuss and post our diguises/outfits while on jobs. We can't go running around our normal clothes, can we? We'd be recognized! So, I propose that while on jobs or in any thread where your character would be seen, you use a character box. Like what I use for my rp's. ALso, if you want to post a theme song for your character or anything, that's cool too.

You should use the picture of your outfit or fan art or something as the picture in the box that would represent your character. You can put in backgrounds, change colors of borders and text, the like.

I personally think that this would be a really cool thing for this team to do when in threads, so we aren't just posting text walls all the time. We can have our own thing.

Anyway, I'll start it off. 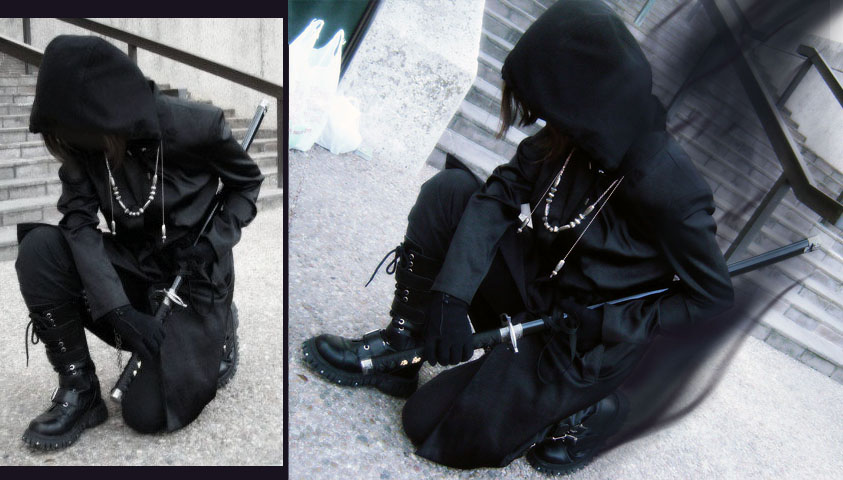 Speculo will be wearing this coat. It's an Organization XIII coat from Kingdom Hearts. His sword will be attached at the waist firmly so it doesn't bounce around while running or jumping. He also wears black leather steel-toed boots and gloves. The gloves have his standard mirror plates on the palm and up the fingers, all cut perfectly so he can still move his hands around and make fists.

I Make My Own Luck
« View previous topic · View next topic »