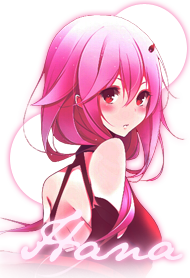 Nya woke up in her lovely home with Ran, her pet was right next to her, sleeping. “It’s still… So early… I don’t want to…” Wait! It wasn’t early, on the contrary, it was late. That day she had no job to do, so she could just sleep in, but something in her head told her “No Nya, get up” and that was what she did. She took her comb and brushed her short pink hair. Clean her teeth, dress a normal outfit. Everything was normal at the moment.

The pink haired girl went outside her house and started walking through the mountains, but someone was following her. At the beginning, she wanted to avoid a scandal about it, but the time happened and that someone was still following her. What do you want, Nya said, and turning back the pink haired girl saw her follower, it was an ancient woman with a Persian dress. Hi mistress… I have been following you Nya was upset about the theme. REALLY? I noticed that Well, you see… I saw you reading an old medicine book and I also see that you are an Eclipse Soul member… So… I wanted to ask you something… Can you go to the Forgotten Deserts to find an ancient mage? He is famous because of his medicine… I’m ill and… He will have the cure. I asked another mage to go too. No more words from the old woman and in a blink of an eye, she disappeared.

The weather was really hot. Unbearable, to be exact. The pink haired girl was exhausted due to her travels in those lands. A perfect occasion to manage her impatience? Or maybe her frustration issues? Well, NO! On the way Ran couldn’t endure the heat and she just returned to the Phoenix Mountains, her Guild’s home.

And there was another issue, her outfit. When she came back to her home she found a strange Persian dress on her bed with a note “Don’t forget to wear this in the Forgotten Desert” But the weather was so unbearable, she was sweating all over her body and she simply hated that. She took her small, pale hands to her face, rubbing her eyes and with a quick sigh she thought about going back to her home. What was she going to find there? It was a desert, a stupid, hot and dry desert.

She looked around and nothing… Not even a single person was there. Was there really an ancient mage there? And more important WHY WAS SHE DOING ALL OF THIS? There was no sense in suffering like that because of an old woman she didn’t know. But she was curious, so curious about an ancient mage, a wise man! But where was the other mage that the woman said… Well, maybe he/she didn’t want to do a job that was the equivalent of death by dehydration, it was logic. So she was alone there. 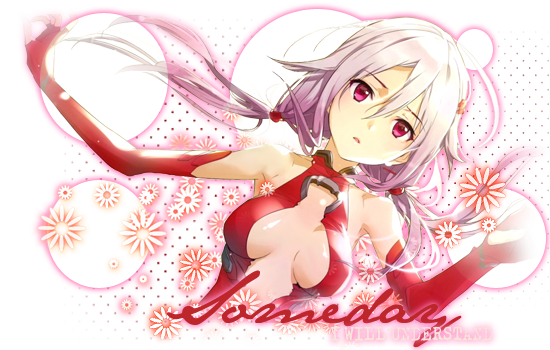 Over the dunes of sand and through the rippling heat, the hooded white clad wizard strode through the forgotten desert. His footsteps lead far in to the distance, he'd traveled for quite some time through the desert. He was uncertain of his direction, or even his goal in this forsaken pit. Reaching the peek of a large dune, he tilted his head up and peered out over the vast ocean of sand. He pulled back his cloaks hood and looked towards the sky with a sigh. His face expressed anger and frustration. "That old bag... She could have at least given me some directions. How am I supposed to find a man, who's face I can't recognize and who's name I don't even know?!" He sighed and combed his hair back with his fingers, attempting to calm himself down.

Shuhei looked towards his hand, wrapped in bandages and donned a much more concerned look. He recalled the events that sent him on this goose chase. Sitting in the magic library in Blue Pegasus' grand hall, reading. Many thought it strange of Shuhei to be in the library seemingly studying from very old texts, but his learning expedition was interrupted, by an elderly lady who approached him, and placed her hand on the White Wizard's shoulder. "You look troubled, Dear." Shuhei stared curiously at the strange old bag. "Not at all Ma'am." Shuhei said, closing the old tome, standing up and leaving. "I know what it is that ails you, Dragon Slayer." Shuhei turned back his head. "I too have an ailment, perhaps we could help each other?" Shuhei hesitated for a moment, skeptical as to what this old ladies motives truly were. "Exactly what do you know about my ailment?" The old bag laughed menacingly. "Only that you do not have much time left. In the Forgotten Desert, there is an ancient wizard, a Medicine maker who could help you. Find him, find him and you'll be cured."

Shut up and dance with me
notes (doesn't scroll, can't be long) | words | @tags

The heat in that place was unbearable and every step Nya made ended with a mark on the dunes. Why was she doing this? Oh, right. The old man… The old doctor who lived on that place. A strange place to live with no doubts, but the weirdest thing is that the swordmistress accepted to go there to find him. She wasn’t a person who stood out because of her generosity or something like that. But the old doctor, a wise man who maybe knew all the secrets of healing magic could perhaps help her to improve her Water Dance.

A strange sound was what her ears heard. It was a voice, a male voice. The pink haired girl turned around to see what was speaking to her. It was a man! A real person. No, that was impossible... Right? A human person there? It was true that the old woman told her about another mage but it was possible that what she said was true? She looked at him a few seconds before hugging him. Yeah, she hugged him because she wanted to be sure about being with a human and not with an illusion created by the dessert. But it was real, the pink haired woman could feel how she was touching something. You are real her comment should have a little more of surprise, but the was so tired, so worn out about the trip that her voice couldn’t express feelings. I´m Nya was what she said after she stopped hugging the man named Shuhei. What are you doing here?