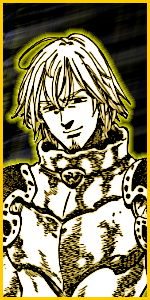 There was a large warehouse next to the docks in Hargeon Town. Under normal circumstances, it would be bustling with crowds of workers moving cargo between the warehouse, boats, and nearby shops. Today, however, the owner of the warehouse, Mr. Tyson, had it cleared out for a special meeting early in the morning. Mr. Tyson was a short old man, always wore sunglasses and suit, and made sure he went everywhere with his two bodyguards. Today was no exception. 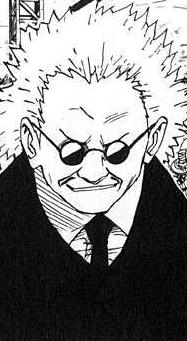 Calico walked into the warehouse through one of the employee doors and wandered into to a clearing in the center of the warehouse. The blond mage looked lost and unsure if he was even in the right place.

Mr. Tyson spoke up from above on a metal platform next to his bodyguards and told the wandered, "If you're for the job, just stay put. I'm hoping at least nine more of you will shop up before I go over the details." Calico looked up at the metal platform, probably an observation deck for managers, and nodded. "Aye, sir." Calico wore a smile on his face in the barely-lit building but he stomach churned a little when he learned Mr. Tyson was hoping for nine more people to show up. The blond mage barely liked taking jobs with his cat, let alone an entire squad of people.

Lamya didn't know what she was doing as she followed a wave of people who were walking towards a warehouse. Where were they going what were they doing? These questions flitted through the mind of the celestial mage as she walked behind the group of people. How had she gotten caught up in this mass of people? The dark mage scanned her surroundings in hope of some clue as to what these people where doing here at this time of day and why they were going to the warehouse.

The young woman couldn't catch anything though as they walked into the building. With a slight sigh of aggravation she took the seat closest to her and looked up at the man who seemed to be waiting for people to arrive. With curiosity still flowing through her veins Lamya looked at the people around her, most of them were males and many of them seemed to be a little on the buff side. This caused worry to emit in the mage as she looked around. But sudden;y the lights in the building fell dark and a single one appeared on the man in the front of the room. Lamya's attention fixated on him and she watched as he paced back and forth on the floor in front of the group. Lamya knew that he was going to say something, but she didn't know what. The mage also didn't know if she wanted to hear what the man said it was as if she knew that whatever he said was not going to be good.

Mr. Tyson produced a cigar from the pocket on the inside of his suit. One of his two bodyguards produces a lighter and lit his cigar for him.

"First, let me applaud you brave men and.. girl for coming. What I'm asking you is not going to be easy nor simple. You see, there are a group of slavers in our lovely town, some men from the Kievian Cartel." Mr. Tyson did not even need to continue before a bunch of the men started walking out. They obviously knew of the dangerous cartel. "Now I'm not a man opposed to the idea of supply and demand. There is a demand for slaves and someone has to supply that need." Some more men, the more good-hearted ones started to leave as well.

"However, the slavers are hurting my income. No one wants to business as a port where slaves are moved. That's why I'm asking all of you to do something about it. These slavers have a large boat named the The Revenge that's docked here in Hargeon Town. Since it's loaded with slaves, they plan to leave for sea in the next couple of days. Your guys' job is to capture or kill the slavers there. The Magic Council already has a bounty on them, so no one will care if you cause too much destruction." Some more people started to leave, either because they didn't very much like Mr. Tyson or they didn't like the idea of doing the Magic Council's bidding. By the time his long speech was over, only two people remained: Calico and the young girl who had looked pretty out of place with all the men.

Mr. Tyson clearly looked unimpressed with what he was lift with. "Well, good luck I guess." He waved them away and his bodyguards escorted them out of the warehouse.

Lamya  could only look up at the man who had spoke to her. The meeting was eye opening and she was still in shock of what was happening and what that man who had given the speech had wanted them to do. But what she didn't understand even more was why the man before her and she were the only ones left. Was everyone who showed up so heartless that they were not going to help the people that were in need? With a soft snort the purple haired girl turned her head away from the other male standing in front of her. "Is everyone so heartless?" The worlds slipped from her lips. She didn't say much else before looking back at the man in front of her. He had said his name was Calico, right? She looked back at Calico and nodded swiftly. She may have been a dark wizard, but she did care about people unless she had reasons otherwise, besides she wanted to have a couple words with the slave traders. "Lead the way. I want a couple words with those slave traders." Lamya could feel a soft hum from her keys in agreement and she placed her hand over them comforting them as well as herself. A sudden realization came to the mage and she looked right back at Calico, "My name is Lamya by the way. It is nice to meet you Calico."

A movement from her hair caught her attention and Lamya giggled before reaching back and plucking the "hair accessory" from her bun. Bringing her hand back around in the palm of her hand sat a small bunny. "This is Honey my-" But before the girl could continue a small puff of clouds appeared around the area Honey was and as the cloud began to fade a masculine voice finished the rest of Lamya's sentence. "Loyal companion and best friend."