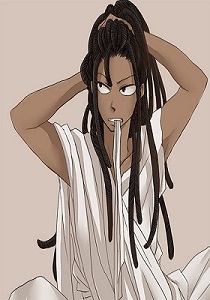 Up....Down...Left. Glen watched an ant move around on a wall, in a shack of a back water village he someone got annoyed into saving. It would have been much better if I just stayed at home and watch LacrimaFlix. I heard even Game of Stones the sixth season is on. Glen had to sit and pout at his misfortune. Earlier when he was walking past a Rune Knight office, he herd a cry for help being called. An older gentleman asked for help and offered money to beat up someone bandits. For a broke mage like Glen, this was a godsend. 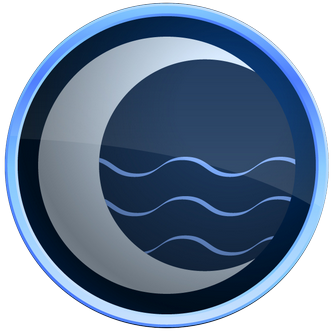 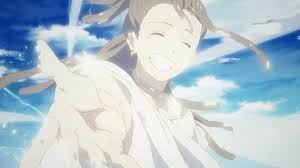 It had been a quiet morning. Amir was on his way back to the guild to have a look at the available requests. So far, he had spend his time getting accustomed to his new life in Fiore, but he would have to start working for the good of his new family. He was walking by an office of the Rune Knights, when a man stepped out on the streets, weighed down by age and sorrow, going by the look on his face. At first, that seemed like he had some business and grief with the Rune Knights, but when the man looked up and at Amir, he came over. As soon as he reached the young mage, he started to talk about the injustice of the world and that his village was in danger. Then he talked about bandits. At that point, he had Amir's undivided attention and not even to offer money. That he did was a nice benefit.

Following the man to the village called Quanny, Amir thought about what was going to happen. The last time he had faced off against bandits, he had only escaped with his life thanks to Shahid, but had he not grown stronger? Some time passed by and he was wondering why the guy who had hired him told him to wait. Then, another man appeared, a young man in tow. Apparently, Amir would not have to do this alone. He approached the other young man who was about the same height as Amir. Although of average physique, that other mage was even skinnier than himself.

At first Glen was not paying attention to who was speaking to him. Only that someone was talking too him. Glen stared for a second before responding "Sure, sure we can get started." Glen thought about the Mage he would be working with, he had no clear markings or traits that would show of his type of magic, Glen knew he would see it for himself soon. It's always better to learn your future enemies or allies as soon as you possibly could. Being in a Guild like his, everyone is an enemy waiting to happen at one point. "You know we have yet to introduce ourselves, my name is Gle..."

The words got stopped short as Glen took a sudden bullet to the chest. "Really!" The shot hurt and before Glen had time to react another thief ran and punched him dead in the face. "I guess you guys know how to piss me off." Glen stood before he got a chance to be punched again, his nose dripping a bit of blood. "I swear if this is broken I will destroy you all." Glen called black water to his right palm and lashed out with it. The water acted like a whip that hit the thief in the face. The water had enough weight behind it to knock the man unconscious.

"If you want to help. I would not really mind." Glen spoke to thee job companion. He asked not because he needed the help, just it would be less work if he had to do it together. The Mage that shot at him was no more then ten feet away hiding in a tree. "Nice hiding spot man! You are just too close for me not to hit." Not wasting time he had the water in his palm form a bullet. That he shot at the thief in the tree. The bullet him in the shoulder and knocked him off the tree branch. The Gunslinger stood back up and took aim.

The member 'Obe9813' has done the following action : Dice Rolls

At first, Amir was a little annoyed at how that other mage just glossed over his attempt at starting a conversation. His counterpart, most likely from another guild, showed no symbol the young Desiertan could assign to a guild. The other mage seemed intent on quickly solving this situation and was just about to introduce himself as he was hit by ... something in the chest, followed quickly by a person running up and punching him in the face. It all went down so fast and suddenly that, at first, Amir could not react.

Following the assault, the retaliation came just as quick, sending the enemy closer to the two flying and the would-be assassin falling out of the tree he had been hiding in. "If you want to help, I would not really mind." The words of his companion snapped the young mage out of his near-paralysis. 'What was I thinking... This is not Desierto. Those may call themselves bandits, but they are not them back home,' it shot through his mind. He had agreed to help, so he'd better up and do something about it. Taking up a solid stance, feet separated at shoulder's width he held his right hand in front of him, arm extended.

As he uttered those words, the gemstone in the ring on his right hand began to glow in a soft, bluish light and a magic circle appeared before Amir. The would-be sniper had gotten to his feet and was looking at both mages, apparently deciding whom to shoot next. Then, his attention got caught by Amir's action and he decided to immediately shoot, aiming for the head. The bullet scraped the teen's head, leaving a wound that would bleed and it hurt, but would not lead to further debilitation.

Then, water began to gather inside the magic circle, shooting up in a geysir after two seconds. Upon falling down again, a quite normal woman was visible, except for her height which exceeded Amir by about a head. Apparently in her middle ages, she was wearing a dress that was rather exotic for Fiore. Looking at Amir, she raised an eyebrow. "Hamida, this guy under the tree. Blow him away." Amir's voice had taken on a sharp undertone as he was touching his head where the bullet had scraped him and his open eye narrowed. "As you request, Amir," she replied, waving a hand in the direction of the opponent.

Seconds later, a gush of water shot from the ground in an improbable angle, hitting the Gunslinger in the chest and slamming him into the tree he had just fell out of. Using the opening created by the rush of water, Amir closed the distance between the two. The gush of water died down and the young mage rammed his fist into the bandit's face as he sled down the tree's trunk.

Glen watched as he figured out what kind of magic Amir was using. The guy spoke some type of weird language and summoned something, it looked almost like a Celestial Spirit in form. The odd part was that Amir used the ring on his finger to summon the being. Celestial Spirits had to be summoned from keys! It was an odd feeling experiencing new magic, but Glen left his home island just for reasons like this. New experiences are a part of life.

At the sound of a scream, Glen tore his eyes away and ran by the hut towards the back of the village. The sight of a little girl shaking on the ground outside the hut was all that could be seen. She was bleeding as fresh wounds covered her body. "You know the same trick will not work on me twice in a row." Glen spoke as he tilted his head to the right narrowly avoiding a bullet to the forehead. Two more Marauders came in with bronze knuckles thinking Glen was distracted by the small child, and damaged by the bullet. The first Marauder came in fast with a jab to the gut. Glen slapped the attack away with his forearm. The second used a kick to the gonads. Glen had to make a response "Going for the jewels. But you cannot touch the treasure!!!" He laughed in the attackers face before twisting he legs to turn and avoid the hit. Glen put both hands on the grounds while the attackers stopped for a second. "Boiling point of the Kraken" Two boiling tentacles of murky black water erupted from the area Glen was standing on and stretched too pulverize the attackers. The Marauding thieves scream in agony as the water burned them as it touched their skin. Glen used the magical tentacles to grab the two and bash their heads together. They both crumpled to the ground.

Glen looked again at the child on the ground. The job is for me to defend the village not heal the weak. I will do it if they pay me extra after I kick some more butt. Glen stretched his right palm towards a window on the hut to the right and released more pressurized water. "My aim with my Davy Bullet is pretty strong man." The bullet crashed through the window and hit the Gunslinger in the head, making him fall to the ground. "I hope we can get this done soon. So who is next?"