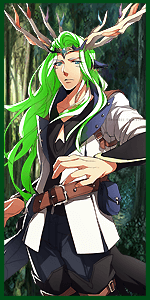 Job Stuff:
Job: Deliver My Letter!
Rank: D
Player Requirements: Must be done under 10 posts. 500 words total. This increases by two posts and 200 words per extra mage.
Job Requirements: Deliver the love letter.
Job Location: Magnolia Town.
Job Description:
There's this man in Magnolia who wishes to send a letter to one of the most popular celebrities in Fiore, who seems to be his childhood friend and love interest, and surprisingly, that celebrity is heading to Magnolia Town. You must get through many fans and enter the backstage if you want this to happen. Just don't get caught by security, or else you won't be able to give the letter.
Reward: 600 Jewels

"I've seen your face in the shadows. Wandering around Magnolia aimlessly, but i've got a job for you. I need you to deliver a letter to a girl I know." Furion blinked staring at this seemingly young adolescent try and give him a red letter with a heart shaped seal on it. Furion blinked, "Will I be payed?" Furion would reply, seemingly unsure of what to do in this kind of situation. The idea of someone indirectly sending a letter through a messenger most likely to . . . Furion was given a black mask with antler holes and pointed towards a rather large and loud crowd. "Yes! Just go there, give it to the blonde one on stage!" Furion would sift around in his own pockets to see how much cash he had for lunch, but all he found was a small gem and a nickel . . . "You have to be kidding me." Furion grumbled and threw the mask down, assuming a different form to provide some degree of protection. Furion would remove the leather padding on his own chest and the shoulder pads, the bear pelts, and so forth to reveal a punk-rock-ish black torn up shirt and several green bandanna's wrapped around his arm, and a large green scarf around his neck.

Within mere moments Furion was out of sight, his long brown hair and attire would easily make him appear as one of the average delinquents in the crowd. Honestly the place smelled like alcohol and stupidity, and that was a rare scent in a place that was used or vacations. Furion made the plans carefully. Spending only mere seconds on the details. If Furion could reach the main entrance to the back stage in the center of the city - and deliver the letter to the singer of 'tower' - he could take out the central guard, and deliver a letter to said singer. However, he would first have to turn off the power. .

With everyone blinded by the darkness of night, Furion could enter the back stage undetected. He could complete the task that he was assigned and get this stupid stalker mission over with. He could get a good meal for the night. But there was a problem right now, Furion was at the edge of the crowd . . .  On top of that, he didn't know how electricity worked. Nor did he know what all the wires on the ground were for. So, he'd have to wing it. Furion would seize an opportunity, one that would require the full ability to lie. It seemed that any misstep, any wrong word, could topple the delivery, sinking it back in the sea, that dark abyss of human suffering, leaving Furion with no money for food, and the black abyss would be his stomach.

After making his way on the outside of the crowd to the large structure on the back which resembled a trailer and bus connected to the main stage. The majority of the band was still going through makeup but it seemed easy enough for Furion to just tap a guard on the shoulder and point out that there was some idiot around back spray-painting guild symbols on the band's bus. "So, this drunk guy is around back trying to sabatoge the bus and . . . Well, steal some stuff in it. Probably to sell, so . . You might wanna check that out."

"Woah, woah, what?!?!" The fat man with the badge labeled 'bouncer' would make his way to the back of the bus with as many of the security men that weren't on the crapper. Making it easy for Furion to walk on back stage and place the letter under the singer's door.

Making his way back to the whosiwhat who wanted Furion to deliver the letter, Furion would await payment.