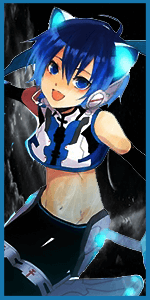 ~The Job To Capture or Murder Jacob~

Soft rustles of the night pounder, the people almost unseen in such a bustling port, it seemed a bit odd. The Mass of ill-lighted houses that seemed to be grand compared to a mere human however illuminated a dark sense of dread that filled the air. The moon, sunken in the reden bloodshed of the innocent and sweet bloodthirst added to the effect of this night. The air, dreaded with the pollution caused by humans,made this whole sight queasy to any non-humanoid or more nature oriented humanoid. The collected elements setting, however, a grand stage for the introduction of a new image onto the stage for fm and glory or maybe tinted by the own person’s eyes and fall down the path of terror and darkness. Which only time can tell.

One footstep was heard, however very light and gentle as if it was a child’s step ,while the trash of the port rustled and floated along with the polluted air. The sight of the becoming person that heard of a certain somewhat well paying job, appeared to be around the height of a girl around five-feet four inches and couldn’t weigh more than one-hundred pounds. The person’s naturally dark blue hair fluttered covering it’s ears as the tail swayed side to side to express it’s annoyance to the ill taken cared port was to the feminine person’s noise. However, they appeared to have a rather poor light armour on them, just some light leather that couldn’t stop a punch but matched well with the person’s hair. And the eyes, that glowed in the night, having a larger cat-like pupils.

“Hmm, where are you damn vulgar and pathetic human”, the voice was obviously feminine but hinted to a little form of malish tint that could only be identified if one tried to deep into the voice. It however, how mysterious as this was, seemed to be waiting for someone in this abandoned street. And out of the mysterious feminine figure’s pants was a wanted paper with a giant brute , a rather odd fellow, who turned into a killer a few weeks prior and has scared the surrounding area and even took down a guard. For some reason, the figure suspects that the figure would pass through the port for his newest “victim”  like patterned into his string of murder cases.


Adrenaline bumping and the thumping of the mysterious figure was practically a given, it was its first mission and it  hasn't fought in a while but however entered a state of bloodlust to keep herself all warmed which was slowly calming down the person’s nervousness. The sound of mysterious person’s heart the single sound to it dwindled down, and the person gathered his or her breath. “Calm down”, the feminine voice said softly to herself, she has never gotten into a serious match and this just worried her slightly and then she closed her glowing eyes, listening to a loud thump of a guy’s angry stomp.

“Are you jacob”, the feminine voice called out, opening its eyes to see the giant’s enormous bulking size in front of him as he raised a butcher knife. “Please, vile human, turn yourself in before I am forced to harm you, this will be so much easier for you”, her eyes slowly began to glow more but with a more devious glow, swirls black and white swirling around leaving the faint outline of a black aura around the mysterious person around itself. “I am Raven Ryu, a guildless mage, question for you to disarm and let justice be served”, it’s said “I would prefer if you call me a women”, She gave a slight smile that revealed her white brightened teeth, and the large male seemed to be confused processing why she was so friendly to a male with a weapon.

“Why should I submit, to a mere women?”, the bulking man said “You all make fun of me, you all”, he began to twitch and threw the large bulking butcherknife to the side to attempt and slice the women named Raven into left. However, with surprising response abilities she easily side stepped to the side to just barely get a small nick on her left arm that dripped four small dabbles of blood. And the women, with blinded rage let out a large roar, and circled around the large and seriously slower male.

“Didn’t your mom tell you NEVER to hurt a woman, do you know how hard it will be to make my skin this perfect again?!”, she yelled jumping up and slamming the large male into the floor as his butcher knife fell and slide to the side, her swirling demonic eyes peering into his , as if it was entering his very being.She left out soft giggles, as she slowly took control of his mind.

Suddenly the male was in a black pit, and thousands of dismembered spiders with bloody human heads scattered all over his body, and slowly worms began to break and protrude from his skin. His own eyeballs feeling the burn of flames as it slowly engulfed his head. Raven watched laughing at the sight as she rooted her magic into his brain, playing around with his mental subconscious and slowly scarring and mentally tearing him apart to he was near non-existence.As he slowly merged into the wall as the bugs feasted and made home to his body and his head abruts into darker flames and then clang they are back to reality as the male screams endlessly sobbing as she laughs devilishly and then bites her lip to muster nd quiet her laughs.Grabbing the large male by the arm and then slowly draggining his screaming and crying boy across the floor feet by feet and soon alerting the guard to take the murder to his cell for eternity. A simple human would never surfice with such low-grade technology against a mage and even more so one with such a naturally blood superiority. A easy overcoming.