Disclaimer: This topic is not up for discussion, as this is just a guild idea for the future, and to get it on paper. If anyone is interested in this, feel free to pm me. Otherwise, no comments please. Feel free to like this post though if you wish to support it. This guild if ever made would be something far down the road. Though if anyone likes this idea, I encourage pm's to myself. I appreciate it! :) 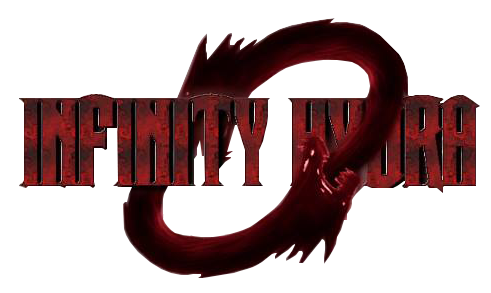 Guild Goal: Infinity Hydra is a guild of conviction. The conviction of this guild; to stop and take down dark guilds. While this is considered part the Rune Knight's jobs, Infinity Hydra as a guild can get an inside look at dark guilds without the Council's permission. Through requests and reconnaissance, we avoid vigilantism narrowly. Do not think we defy the council or the rune knights in any way, but we can do some things they cannot do. Waging war on the dark guilds through a legal manner, we devote our lives to keeping Fiore and all of Earthland safe. While the knights uphold all laws, Infinity Hydra specializes in one area; fighting or resisting dark guilds. Justice is something considered highly within this guild, and it is something all of the members acknowledge or strive to give. Whether it be stopping crime or murder, those who commit evil will receive justice. While this guild does not condone actively killing even dark mages, if forced to do so it is allowed.

The reason for this is the guild was established on the basis that the council can only do so much to stop the crime and terror that the country may experience, while the guild is more free to roam and do as they wish. This is a guild of Freedom, and Adventure. While it is primarily devoted to taking on dark guilds, the guild freely promotes any good doings of any kind. Taking on any missions a normal legal guild, the only difference is the focus on taking on missions that involve dark or rogue guilds, be it bandit guilds or mage guilds. Much like the Samurai in Midi, they value honor and the power of the sword. (Doesn't have to be a sword, can be any weapon or just magic, but fighting in general)

The reason Infinity Hydra is called so, is because there is no limit to how hard they will try to protect the people they care about, and the people of Fiore in general. The Hydra was chosen as the guild's symbol, because when a hydra's head is cut off, two more grow in it's place. That is what the guild was created to be like, a hydra. If one member of this guild is beaten, the idea is that two more will arise to take their place. The ideal could also be taken as; this guild will not stop to complete it's goals. No matter how many times you beat us down, we will get back up again.

Guild Creed: "You can remove one head of the hydra, but two more will appear in it's place..."

The 3 Heads of the Hydra (Ace Positions)
Head of Justice: Spot not filled
The Head of Justice is in charge of missions. Taking members on missions to rank them up, and uphold justice. Missions are the primary way to fight dark guilds and their members. Through this, the head of justice will gain strength and be able to actively look over the members of the guild. This head is also considered to be the assistant for activity checks, and keeping up the guild roster. This Ace must have a grand sense of justice, being righteous and lawful.

Head of Destruction: Spot not filled
The job of the Head of Destruction is to be the Ace of combat. This Ace is considered the actual combat Ace, being the strongest member of the guild. Their primary duty is to actively participate in events and represent the guild. They focus on training members to become stronger, be it secondary training threads or normal training threads. This Ace is expected to be a fighter, hence embodying the destruction part of IH's goals. It is preferable that they be chaotic in some way, mainly for good.

Head of Resilience: Spot not filled
The Head of Resilience has a very special job, and that job is to defend the guild. They are in charge of keeping up with the guild hall, and greeting members during their intro topics. They are tasked with coming up with defensive upgrades for the guild, and are the most stationary member of the guild, only leaving the town if their abilities are required. This guild ace is expected to have a high sense of resilience and desire to protect the guild. 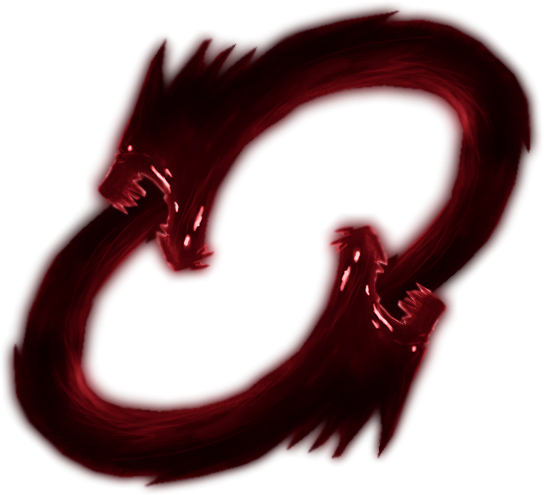 Outer: The guild hall, designed by Ardere himself is based off of a castle that could be found in Midi. Being in the Mountain Village, the castle is in the village with several floors. Based off a traditional Midi castle, it is layered like a temple. The roof for each floor resembles that of a traditional tower. The structures are made of strong concrete reinforced with steel, which is a more modern touch. The rest is made of traditional wood. The ace of resilience is in charge of defenses, and ultimately all floors even with each ace having a floor they use.

Floor 1-Hall/Tavern: The bottom floor is the large guild hall were the guild rallies for battle, and the tavern where many comes to drink or guild parties are held. This can be used as a large ball room if needed. The bar serves all drinks, not just traditional Midi style drinks. The inside is very traditional, with wood and vibrant colors like sakura flowers. The second floor can easily be seen due to the winding stairs. There are several privates rooms that can be used to eat in, like a restaurant would have. The ace of justice is the primary user of this floor.

Floor 2/3-Training Grounds/Armory: The second and third floors are where mages come to train, the rooms lined with anti magic metal they are quite resistant. Any weapons or pets the guild keeps are also put on these levels. The ace of destruction is primarily the user of this floor.

Floor 4-Master and Heads's Offices: This floor is where the guild master's office is, and the heads of the hydra's offices. Each head and the master is free to choose what is inside of his office, and who comes in or out. Descriptions are not needed, as they can change per user.

Sword of Justice:
Name: Sword of Justice
Rank: H
Type: Light/Offensive
Duration: 7 posts
Cooldown: Once per thread
Description: The user summons a sword of light, the length of an average long sword. This sword can be used to sliced straight through all non magical surfaces, and is primarily used to fight the undead or unholy beings. The sword lasts throughout the entire duration, and shines very bright.
Strengths:

Wave of Destruction:
Name: Wave of Destruction
Rank: H
Type: Light/Offensive
Duration: Instant
Cooldown: Once per thread
Description: The user smacks their fist or foot down onto a surface, and this surface splits open, spewing light upwards to 100 meters in a 100 m radius. This spell deals H ranked damage to all other than the user. 100% damage if in the center, 75% damage if in the surrounding area. Will level all structures in the way.
Strengths:

Shield of Resilience:
Name: Shield of Resilience
Rank: H
Type: Light/Defensive
Duration: 7 posts/Until Broken
Cooldown: Once per thread
Description: An aura of light will appear around the user, the user can expand this light to cover up a 100 meter area, or only cover his/her own body, but the user can only do one of these things. The user cannot switch in mid combat. This light shines brightly, and will break after taking two H rank spell's worth of damage.
Strengths: