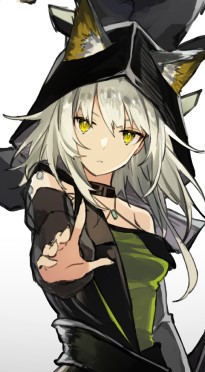 Spoiler:
Job Title: Wanted: Jacob Goodnight
Rank: D
Player Requirements: One mage, any rank, at least ten posts long, 100 words each.
Job Requirements: Capture or kill the wanted killer, Jacob Goodnight.
Job Location: Hargeon Town, lower docks
Job Description: There has recently been a string of murders in the lower docks of Hargeon Town. The town guard launched a sting operation and lost one of their own, proving that the killer was one Jacob Goodnight, a local miner who was always a bit off. The guard has issued a bounty for Jacob, asking he be brought in, or down, before he can kill again.
Enemies:

Standing at six and a half feet tall and over three hundred and fifty pounds, Jacob goodnight is a former miner from Hargeon. His father was a butcher, and Jacob has taken up the tools of his fathers trade for his killing, a large meat cleaver, a carving knife, and a nasty meat hook on a chain to be precise. He has no magic but is incredibly strong, frighteningly brutal, and worst of all, smarter than many give him credit for.

’How odd I often find myself here.’

The thought echoed across the empty night sky, the winds gentle as they curled around the figure. Clouds above moved ever lazily as they forced the stars to play short games of hide and seek. Try as it might, the soft splashes of water against wooden posts sounded subdued from the woman’s perch, more a lullaby than nuisance as she adjusted the cloth around her face. Everything felt far too serene for her purpose, the breeze barely able to force a dance out of her long scarf as it settled for small ripples as its consolation prize. Eyes searched and couldn’t find a single soul amidst the yard, though surprise wouldn’t keep her company this night as she lay in wait. People had been barred from interfering more for their safety, even civilians laden with a curfew for the past week since the incidents began.

Atop a tall warehouse the woman sat in waiting, long ears moving to the slow tempo waltz of sound. When the clouds permitted the moon a peek at the scene her eyes would alight with a moment of fervor, using the quick and short blessings to her advantage before the celestial being returned to its inevitable nap.

What led people to this crossroad?

The question bugged the silent woman since she accepted the job. What turned people into murderers? Where was the line drawn? The definition felt fickle to her at times, life something precious and to be treasured, yet some could take it so willingly and easily while others struggled with the notion? What deadened people to the sanctity? They claimed this man to always be a little off, but how honest and true were their words? Could they speak for every instance of the man’s life, or merely the time he began work? Questioning it left the mage pondering over whether it was an instinct in the man born or made. Perhaps his lineage predisposed him, but at the same time something tragic could’ve befallen him in an earlier point of time that numbed any feelings he once held for life. Maybe a mix of both.

”What does a predator care, so long as its hunger is satiated?”

Teeth huddled close as her jaw clenched, the unbidden voice rearing its unpredictable head. Whatever thing sought to unsettle her spoke once in a blue moon, though she found it a little more frequent as of late. When had it begun to seek her out? The earlier memory declared when she lived with Silabus before joining Sabertooth, but back then it felt like another voice of her conscious to speak with if only about the books she read. She’d treated it like an inner voice to discuss with, paying it no mind when the thing rarely responded. It even went so far as to disappear for a spell and yet now it started haunting her.

”The time for the hunt is nigh child, it is time to determine whether you are the hunter…or the hunted.”

There. Movement in the shadows. A tail crafted of metal sliding across the uneven wooden surface as it followed the owner obediently. She needed to move fast or lose her prey in the maze of the docks.

Small thuds struck a musical sequence as her soft shoes and light steps forced her off the building and onto the planks. Where was he going? Her quarry moved fast, the man’s long legs and sturdy muscle allowing him feats people didn’t think imaginable. ’Judging books by covers, never seeking out the possibility beneath the surface.’ It was a hard ideal to avoid doing, so many people falling prey to the easy folly. Try as she might, Mao was no perfect being: there were things and people she overlooked in favor of others. Time was so fleeting however she had to set priorities otherwise she would gladly watch everyone and get to learn them and the little quirks of the cogs that set them in motion, but it was an impossible dream. This fellow, Mr. Jacob Goodnight would’ve been one of many she overlooked as a more glamorous and “interesting” target crossed her sights.

Splinters of wood shot up from the injured walkway, the cleaver narrowly dodged. Mao almost underestimated how silent a man of his size could be – another strike against her. Crystals formed along her limbs like encroaching ice, jagged ends rising up here and there with a white light shimmer. If he was a beast of darkness lurking in the shadows then she was a warrior of light in this instance, though the thought struck her as silly and impossible.

Another slash of the cleaver found it sunken into one of the thicker cropping of diamonds, the blade dulled against the protection around her right arm. The force behind it set her off her step however, Mao wincing as she sought to quickly regain her footing. Sharpened pupils watched as the other hand came up in a wide arc, the man intent in imbedding the meat hook somewhere on her body. Rather than flesh it too met with heavenly diamond, her tail coming up to grab it like an extra hand and wrench the thing from him, the glowing crystals forcing a flinch as it hampered the giant man’s night vision. With a fling the thing skittered across the decks before plunging into the waters, the noise unnervingly serene with its gentle ‘plunk.’

Another small ‘crack’ sounded as she defended against another weapon, the thing sliding off harmlessly against her other arm as the knife couldn’t find purchase. This time she wouldn’t let the force of the man’s strength leave her unprepared, taking a step back rather than trying to stand her ground. It hadn’t been his true aim though, the intended stabbing lacking the same power of his cleaver and merely a ruse. She couldn’t react in time when the large leg and foot came up to shove harshly against her chest and send the woman tumbling backwards.

”People are so predictable,” his guttural voice grumbled, a darkly happy note tainting each word, ”Plain, almost ugly even, average – all gifts given to me! They think me weird, so they keep their distance, never knowing what lies beneath the surface. You probably even believed me stupid like the rest, and probably just as cocky as the others who came after me and my brethren. But Jacob Goodnight isn’t someone so easily tricked or taken down by the likes of you or those silly guards. There will always be one of us out there…not that it matters to someone like you, with your showy magic.”

This time using two hands – because two hands are stronger than one said a brilliant and eye-patched man at some point – he sought to bring the cleaver down upon her noggin. Surely it’d split like all the watermelons he’d practiced on, the skull curiously similar to the fruit when he used all his might.

Twice, thrice the man blinked as he faced his reflection, the mirrored surface showing a perfect copy of his weathered face and the dirtied cleaver currently besmirching its surface. A small chink in the otherwise pristine crystal marked the blow as his brain sought to quickly catch up with the events.

”Yes, I wouldn’t normally have given you a second – or at least third look – on the streets,” she uttered from beneath the cover, everything oddly dark as she’d unbound the diamonds from her will and body, a pinkish glow starting to leak out from beneath the table-like surface, ”but you’ve had my full attention all night long. I’ve heard the tales, replayed them in my head and the types of scenes you leave behind. You are a fearsome man, if nothing else, and your elusiveness isn’t to be taken lightly…but there are crimes you’ve committed and must answer for, so kindly lay down or else I won’t be so gentle either…well…I suppose I can’t make that promise anyhow.”

She smelled blood on her person, a few scrapes here and there yet a fresh cut on a cheek brought the tantalizing smell all too close to her nose. She should’ve rethought using the other diamond spell, but somewhere beneath the leporidae exterior lurked a predator who refused to be the hunted. With little else to be said between them a sudden flurry of pink hued shards flew out from beneath the reflective cover like petals caught in a furious wind. Some slashed at his skin and clothes as the man backed away from the obvious danger, but there was no hiding now: she could see him clearly from the darkness as her green eyes glowed.

’I hope they do not mind the mess,’ she thought when the true calm returned and surveyed the mess. In the heat of subduing her prey Mao might’ve gotten a little feisty and overzealous, the cloud of shards doing a small bloody number on the man that left him cathartic and fatigued, the wood bespeckled with his blood. All that was left was to call the guard on the lacrima they offered her earlier and have the men pick the criminal up. She’d wait though, making sure their quarry didn’t escape in the meantime.