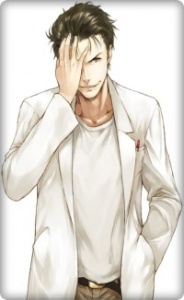 Job Details:
Job Title: Visit to the Zoo [Dark Version]
Rank: B
Player Requirements: 300+ word count, 30 post thread count, must have at least 1 B-rank with you, min player 2 max player 4, no one S-rank or higher can do this job
Job Requirements: Aid the hyper evolved animals in destroying the area possibly even ruining Clover Town itself
Job Location: Clover Town
Job Description: Clover Town has just opened a new zoo and has invited everyone for their free day opening, but you're there to help Dr.Stein alter the animals simply by disguising yourselves as zoo staff and go with him into each of the animal cages so he can administer his beta evolution compound and cause some chaos.

Note: Dr.Stein isn't required to be on the job with you to do this job just run him as an NPC that doesn't get caught in combat
Enemies:
Weak: Animal Tamers x3: These guys are trained in handling exotic animals meaning if they get to an animal they'll most likely calm it down and get it subdued. Eliminate them as quickly as possible. They don't have any means to fight back and only take 2 hits from any rank to drop.

Strong: Rune Knight Containment Squad: A total of nine rune knights that use chain magic that is specialized in containment. They will try to bind you and the animals with their chains to get things under control. Their chains can be broken in two B-ranked hits and due to them being materialized magical energy slayers can't eat the chains. Each Rune Knight attack does B-rank damage so long as it isn't an attack with the chains. Each Rune Knight takes 2 B-rank worth of damage to drop.

Boss: Rune Knight Containment Squad Captain(Only One and comes with a squad): The squad captain uses both chain and buff magic which has allowed him to increase the defense of his chains and allowing him to hit for A-rank damage when not using the chains to attack with. The captain's chains can be broken with a total of two A-rank worth of damage hits. The captain takes 8 B-rank worth of damage to drop.

Reward: 12k jewels and the joy of causing some chaos.

It was a bright and sunny day in Clover Town as people were waiting for the brand new zoo to open, but Stein had already sneaked in to the staff list as a veterinarian so he can do a live experiment using the animals in this zoo. "Hey Doc we need you to go around to keep an eye on the animals while we have visitors." The zoo manager instructed Stein before letting him get to work. Stein left the staff room with several serums that he was needing to administer to the animals, but first things first he needed to go and check on Spike while he waited for the others to arrive. Having to go to the other side of the zoo he was getting a lot of unneeded attention from the people entering the zoo. "Hey mister what are you doing in that white coat?" A random kid asked Stein from behind. Crouching down to look the kid in the eyes while he spoke. "I'm a doctor for the animals. Its my job to go around the zoo and check up on each one of them." When he answered the question the kid's face lit up with amazement. Patting the kid on the head he went and did the hand motion for him to go away. With that dealt with Stein continued to the other side of the zoo to check on Spike. Making it to the spot where Spike was hidden underground in an empty part of the zoo. Snapping his fingers Spike poked his head out of the ground. Patting his chimera on the head for doing his job of staying put until Stein comes get him once he injects these serums into the animals. "Stay hidden for the time being." Following his master's order Spike went back underground and waited for him to called on. Leaving Spike where he is Stein went to the entrance of the zoo and waited for the others to arrive.
Word: 331
_____________________________________________________________________________________ 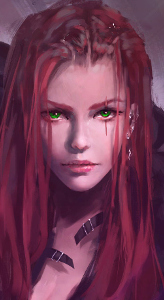 Re: Visit to the Zoo[Dr.Stein,Shunsuke,Laycie,Annora]

Re: Visit to the Zoo[Dr.Stein,Shunsuke,Laycie,Annora]

Amid, the clamor of animated giggles and screams; in between, the serene songs of the ravens; amongst the din’s resounding from the creatures; a hum resonated through the extensively large vicinity. Layered with perniciousness, it possessed a nefarious semblance within every melody. Just like the being who emanated it. There, she was; strolling through the granite laden streets of Clover; sepia locks travelling through the wind; hands elegantly, clasped behind her back. Upon her lithe frame, she adorned an article of clothing; painted in a dull, grey; inching from her shoulders and, covering her arms, descending all the way down to her feet. Upon, the chest of her grey, a pearl painted badge stuck; printed with the words, or rather, name ‘Aspyn’ in a mundane script. Despite, the monotonous attire that decorated her, an enigmatic mien ascended from the dark haired female. It, signified her as someone different, depicted by the curious glances of many. Not, resembling, any of those that adorned themselves in the same as her. She didn’t appear plain. For, she transformed the plainness into, something, malevolent.

Laycie’s hand inched to her pants pockets as, inside lay a neatly, folded paper. Fingers fumbling it until, it finally opened up. Her amethyst hues slithered across the white sheet once more as, a curl originated upon the paleness of her lips. “Well, this ‘ought to be interesting. Indeed, Dr. Stein has quite an intriguing thought process.” Her lips emitted a chuckle as, the hand poised around the paper curled itself; the previous, neatness of the sheet now, diminished as creases marked it. The sign of torture. One, that would, indeed, resemble those that would, soon be inflicted upon her foes.

The demon’s fingers twitched; the wait of crimson to embellish her palms, making her very eager. Of course, if truth be told; no significant attention was relayed through the aphotic haired woman upon, the tests that Stein would initiate on the animals. Except, for a slight inquisitiveness, to the result of the experiments. Perhaps, a change in appearance? Albeit, one was ascertained; a change in their craving for chaos. Trained were those animals however, soon, they would wreak havoc. Establish a genocide that would not be confined to their, so called home, but to the town of Clover, as well. The pandemonium would be a sight to witness; but more importantly, one to partake in, as well. Rueful cries of agony ascending into the air; a pleasing euphony. One, the demon, anxiously, awaited.

Alas, her feet treaded, upon the entrance. A sign, scripted with the words ‘Clover Town Zoo’ scrawled upon it, neatly in a curvaceous manner. However, it was not the sign that caught the attention of the twin pools of mauve of Laycie’s hues. Instead, it were the two figures, rigidly, positioned within the base of the entrance. Stein and Annora. Appeared as though, her allies had arrived before her. Steps taken towards them, eyes glinting with await as she approached the two, akin mages of Basilisk Fang. “Pleasant to see the two of you here, Stein and Annora.” She spoke, an exchange of pleasantries, in tow. “Well, I’ve arrived now, as well. Is there anyone else we’re waiting for or, shall we proceed?” Whilst she spoke, her optics grazed upon, the stern visage of Annora; unsettlement, clear in her the midnight haired woman’s eyes. It made a ponder echo through Laycie’s mind; curious as to the uneasiness within her. Perhaps, this mission might give more of an insight of the half-wendigo than Laycie first anticipated.
MADE BY ★MEULK
_____________________________________________________________________________________ 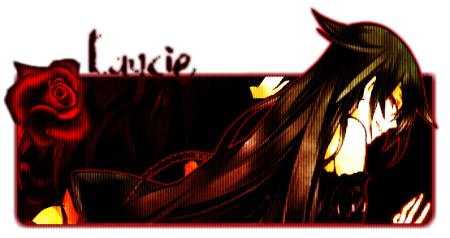