Job Requirements: Must make at least 25 posts with at least 300 words per post, and kill at least 5 packs of enemies and the boss.

Job Description: A greater demon has made a nest inside of a cave within the Phoenix Mountains and has begun to twist and mutate the insects in the area growing their size to that of a human and giving them a toxin that is unlike anything seen before as it causes advanced stages of atrophy and rot within moments of touching it. Luckily we do know that a mages own magic power can purge the venom without much problem, but the venom is too dangerous to allow in existence should it be allowed evolve further and as such we need mages to head out and kill the demon that is making these augmentations before they become too lethal. We have located it's nest in a cave deep in the mountains and would request for the mages to bring back a sample of the demons venom so that we make make an anti-venom to counteract it on any future victims of the insects already mutated by the demon till they die out.
Enemies:

Weak:
Bombardier Demon(C-Rank.): the Bombardier may be a weaker variant of the other demons but it is not to be shoved off as "Weak" it is capable of mixing the venom given to it with the natural abilities of the Bombardier Beetle allowing it to spray from it's mouth a boiling hot spray of the usual venom that deals B-Rank damage but is rather easy to see as it will have steam flowing from its mandibles when it begins to use this. Even though it is still a beetle it is rather weak and slow relying on the spray it can make to keep enemies at bay.

They take 2 hits of B-Rank damage to kill and typically come in packs of 3. 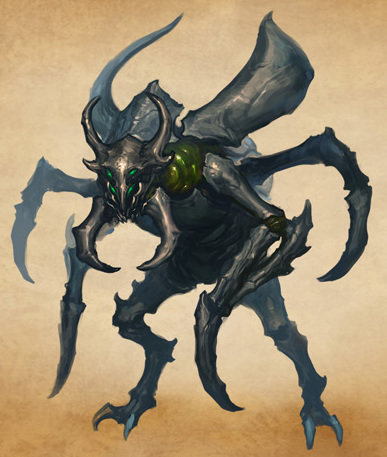 Normal:
Stag Demon(B-Rank.): While not as strong as most others of it's own species the Stag Demon is rather fast on it's feet with the four claws all being coated in the venom given to it and capable of using it's wings which no longer allow it to fly to increase its land speed. It can actually vibrate it's wings fast enough to cause a sonic attack which will daze anyone hit by it for a few seconds and deals B-Rank damage with the tell tale sign of it using this being the demon bending over to aim the wings for the attack.

They take 3 hits of B-Rank damage to kill and come in packs of 2. 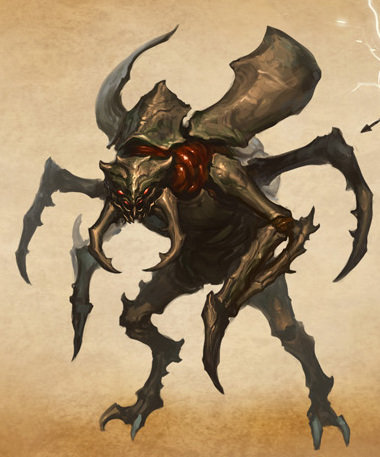 Strong:
Herculean Demon(B+): It may not be as fast as the other beetles that guard the greater demon but what it lacks in that category it makes up with a shell as strong as pure steel (Equal to a Strong+ armor) and a venom coating on top of it meaning that any direct contact to the shell will cause the attacker to take one C-Ranks worth of damage. In addition to this fact living up to the name of "Herculean" It is also very strong with it's slow wind up hard impact hits dealing A-Rank damage.

These take 6 hits of B-Rank damage to kill and always tend to be alone. 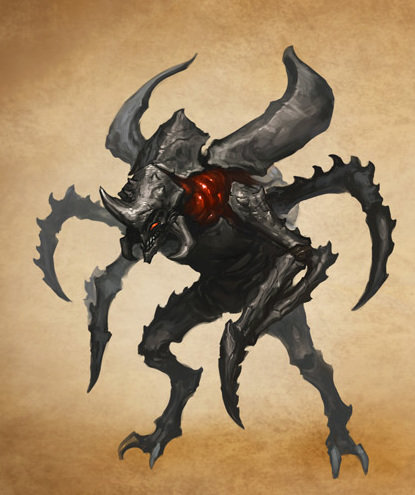 Boss:
Bariael: The Maggot King.(A-Rank.): A massive demon standing at twenty feet tall and with two huge claws each equaling at ten feet tall each. Even with the demons large size it still has a maggots body for a lower half which is very soft; however, do not let that fool you as the Maggot King has many ways to kill and devour you. The demon is smart but also vicious while he is as smart as anyone else he much prefers eating the problem to talking it out. (Takes 12 hits of B-Rank damage to take him down.) 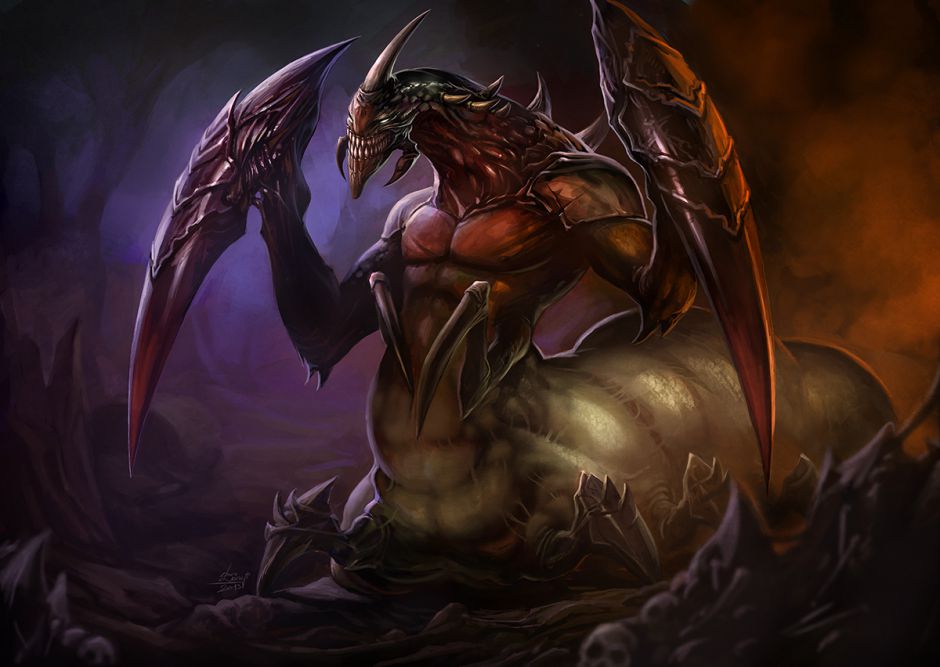 Frozen Nova.:
Bariael releases a large wave of frozen aura within 5 meters that hits anyone in the wave for A-Rank damage and also slows them by 25% for the next post.

Poison Nova.:
Bariael opens pockets of flesh from his maggot body and spews green venom all around himself in a 15 meter radius hitting anyone unlucky enough in that area for A-Rank damage and then 25% A-Rank for the next two posts.

Maggots Call.:
Bariael summons two his progeny to come fight with him 20 meters away from himself and all the maggots can be eaten by Bariael to heal himself by one hit of needed damage but they maggots are slow like their lord and are capable of being killed by one hit of D-Rank damage.

Reward: 15,000 Jewels, (An extra 5k Jewels if they can bring back a healthy untainted sample of the venom from the boss.)
« View previous topic · View next topic »