The member 'Shard' has done the following action : Dice Rolls

Thanks to Magna’s quick thinking, Kaya was now out of danger. Jin trusted Magna and Aegis, Kaya too trusted them and was relaxed as Aegis carried her away. Due to her weakened state, the stench in the sewer was making it difficult for her to breathe. Thanks to Aegis, she returned to the streets above and shortly her breathing returned to normal. She fell asleep, depicting that she completely entrusted Aegis and believed that with him around, she would not be in any trouble.

Meanwhile, the murdering arsonist had other tricks up her sleeves as she called up reinforcements and now the two Black Rose mages picked their opponents. ”I’ll leave them to you then” said Jin preparing himself for another onslaught of attacks. Both sides were almost equally matched in physical combat but Jin had the upper hand and in terms of magic, Jin had the advantage. Without wasting any time, once again Jin charged towards her. This time she too charged at him and dodged the tentacles that Jin directed at her. Thanks to having her attention diverted to the tentacles, Jin landed a direct hit to her gut making her make a “guuuh” like sound. He launched a follow up punch but it was blocked as she black flipped to keep a distance from Jin.

Not allowing her to get any room to breathe, Jin summoned up two spirit warriors using his ability. ”Gomene, it is time for you to go down” said Jin as his warriors cracked their knuckles. Both warriors had no weapons which implied that their fists were their weapons; they had used their fists to claim countless lives and hone their skills with them. Now, their abilities were Jin’s to control and he was going to use them to take out this foe. She wasn’t intimidated but was surprised at the sudden appearance of the two muscular and tall giants. The two charged in and she attempted to block them but Jin joined them as well, along with his cold tentacles. 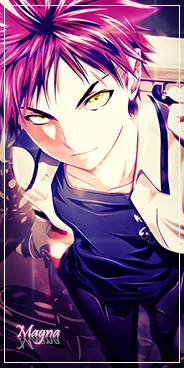 Magna meanwhile had his own troubles. Whilst the single fire elemental that had hit him was bad enough there were four other opponents. Two which appeared to be some sort of volatile liquid that was constantly aflame, one which was like them but not on fire and another flame elemental. A delightful quintet of opponents. "So its a game of cook or be cooked huh?" he said as he blocked three blast of scalding hot water with his frying pan. Normally whilst fighting like this he'd do something along these lines to hold them off and keep them distracted whilst Aegis went in to deal the real damage. However, today that was not an option and he would have to use everything he had in order to be victorious. However, a determined grin was on his face. "Sorry boyos, but you picked the wrong opponent. In a cooking battle I never lose."

With that he pushed forward and angled the frying pan slightly so that the natural richochet would send the boiling water straight towards the flame elementals. As he had hoped it extinguished them almost immediately. The combined water was too much. Two opponents were officially cooked. However, now it was time to show off his pan's other ability. With a quick motion he swung the pan and as he did so both the handle and the pan part grew greatly and he slapped all three remaining opponents straight into the wall where all three sizzled together.

However, he didn't manage to hold them for long as with a great blast of water the pan was knocked from his hand and the three emerged literally steaming in their rage. However, as they broke free two large bricks smashed into them from either side crushing them. It wouldn't be as effective because they were fire and water based enemies, but it would do some damage. As they blasted their way free Magna delivered the finishing blow in quite an ingenious fashion. A large bottle of wine formed and began to pour the liquid onto them. However, due to their flammable nature the flames went up the wine instead and caused it to explode doing damage to them and bringing down part of the ceiling upon them. Fortunately, these sewers were built quite sturdy so the whole ceiling didn't come down, but the enemies at least were well and truly crushed. 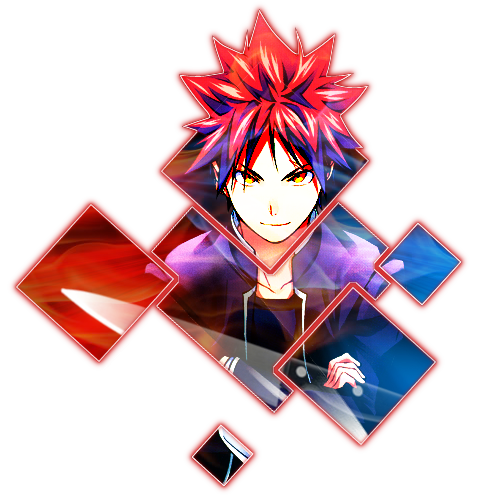 When Jin finally dealt with his opponents, Magna had dealt with his in a more explosive manner. Well, Jin wasn’t that subtle method either. Jin nodded as Magna told him that it would be best to get out of here while they had the chance. The two spirit warriors picked up the injured and barely breathing murderer and took her outside of the sewers accompanied by Jin and Magna. ”I’ll leave her to you so I can check up on Kaya”, he left the warriors at Magna’s disposal and went after Kaya. He didn’t know where she was though but he assumed that she would be at the closest veterinarian. Aegis was a quiet one but Jin had felt that he had a soft side for Kaya, like everyone else. She was bratty and sometimes annoying but she meant well and it was due to that fact that she made friends all over.

Using his thermal vision and the ability to identify one heat signature from another, he managed to track down Aegis and Kaya. She was unconscious but all bandaged up and out of trouble, thanks to the care of Aegis. The Black Rose mages regrouped afterwards and set sail for their guild island.