Preservation of Image: Due to the nature of Izayuki's magic slowly making her more godlike through the usage, her form is becoming more and more 'solid' in the manner that it is an avatar of sorts that cannot be changed. As such, things that would change how she acts or feels, similar to debuffs or mood magic are half as effect etc

Description:
At first glance, the Eastern Raccoon Dog, or Tanuki, is just a simple animal. Neither raccoon, dog, or badger, it is a unique being in itself. Yet, the spirit of this creature goes deeper. Despite some only being average animals, there lurks a number of Bakedanuki, a type of Yōkai that is not to be underestimated by any means. They are cunning, clever, and powerful beings that are playful and jovial in nature, often delighting in making mischief or playing tricks on others. The Tanuki is a master of using magical deceptions, disguise, illusions, and transformations, topping even the abilities of the Kitsune, Neko, and other Yōkai. By nature, they are incredibly strong and fast, with a good amount of stamina and durability compared to humans or other mortal beings.

Enter Rika, a Tanuki known with quite an infamous reputation in the Yōkai world. She was one of the keenest shapeshifters that her kind had ever known, and skilled in magic of many types. Even her presence itself could drain the awareness, power, and life of those around her were they proven to be a threat. She was by far the best example of a true Tanuki stereotype, being innocent, gullible, and absentminded, but still heeding to the inner wisdom that is open to all of her kind. Yet despite her status, one day, she simply disappeared, vanished, gone, as if her very existence had been spirited away in the matter of a heartbeat. Nobody knew where this Yōkai prodigy had retreated. Yet somehow, years after that, someone with the same blood flowing through her veins had survived, and ventured out into the world in the same manner as her mother. Rika's daughter, Izayuki, would inherit the same essence, being by nature, a Tanuki Yōkai.

Abilities:
With Rika's blood flowing through her veins, and the spirit of her mother never too far away, Izayuki has access to a number of unique abilities of a Bakedanuki, or Tanuki Yōkai. Most of these are simply for show, or for use in plots with OOC permission of other roleplayers, it all being a 'matter of style'.

Matter of Style:
♦ Like any Youkai, Izayuki can transform into any shape she chooses.
♦ Perception Manipulation is common among Youkai, and Izayuki can use it to create illusions. These illusions can easily be broken with enough focus, and are incorporeal- they cannot hurt anybody or be used well in battle. Most Tanuki only rely on illusions for practical pranks.
♦ With OOC permission for PCs or with Weak(not Normal, Strong, or Boss) NPC, Izayuki is able to temporarily possess them, gaining access to their mind and body.
♦ Izayuki is able to communicate with and understand other life forms, such as animals.
♦ When killed, Izayuki's body will disappear within the next hour, leaving nothing but her soul behind. From there, her soul could be absorbed or permanently destroyed, she could possess someone or something around, or she could regenerate or reincarnate in the next thread (a plot device to avoid the Sacred Shrine).

Abilities & Usage:
Canine Aspect
As a Tanuki (raccoon dog), Izayuki naturally has sensory that is many times more powerful than that of a human. Adding the fact that she is a Youkai, making her in essence, a Bakedanuki, Izayuki has a 75% boost to strength and speed.

Youkai Aspect
Being a Bakedanuki, Izayuki has 25% more health and magic power than the average human, making her last a little bit longer in battle than a mere mortal. The downside to this is that when her HP reaches 0, she does not simply go unconscious. She dies and is left only as a soul, trapping her spirit and power, and left vulnerable. In soul state, as mentioned as a Matter of Style, she can be permanently destroyed, possibly possess a weaker being, or regenerate or reincarnate in a different thread.

狸歌の保護 ♦ Rika's Protection
Between her mother's blood and spirit, Izayuki possesses the aura to drain the magic and health of those in a 25 meter radius around her by 5% per post, if their souls reflect ill intent towards her. This only effects those above her rank by 2.5%, and by nothing at two ranks higher. For each rank lower, the the effect is doubled, increasing it to 10%, and so on. This 'protection' can often seem more of a natural burden and curse at times, with Izayuki unable to stop it. However, Rika's Protection only occurs when Izayuki is in Tanuki form, or at least partway.

お化けの誓い ♦ Obake Oath
Anything that is unexplained, in many cultures, leads minds to develop great fantasies and mythologies to explain natural events around them. Youkai are formed from such stories, and anything unexplained falls into the category with their namesake. At the same time, however, they are often paired with demons and lumped together in that bracket, namely, the more malevolent ones. Despite this, some Youkai, good or bad, managed to learn the ability to form contracts and bonds with mortals and each other. The types of bonds Izayuki learned to form were not as harsh as some of the others created by 'demonic' Youkai. Her first is simple, and preferred, it plainly being her entrusting the contractee with a unique, perfect leaf that will never wilt. She only bestows the unique Tsukumogami, the leaves, upon those she cherishes and trusts. The leaf can be used to summon her to the user at any point in time, so long as they keep the leaf on them at all times. It will bring her to them from anywhere, but at a cost of her not being able to use her magic right away for 3 posts. The other type of contract is a blood contract- a reflection of the malevolent character of some sorts of Youkai. The leaf created from this bond is black in color, and when it is used to summon Izayuki, she loses 75% MP, and gains 50% in physical stats for a maximum of 7 posts. For D-S rank jobs she is summoned into, she gains 50% EXP. For SS, 40%. For 10Y, 30%. For 100Y, 15%.

物の怪の抵抗 ♦ Mononoke Resistance
As a further blessing from her mother's spirit, allied with the Bakedanuki blood in her veins, Izayuki's Youkai body is unable to suffer the effects of being burned, frozen, poisoned, debuffed, blinded, physically manipulated, possessed, etc. At the same time, the trace aura of Rika's makes it so that those who have resistance against debuffs and the sort temporarily lose their ability to negate such effects and more if they are within 30 meters of Izayuki. 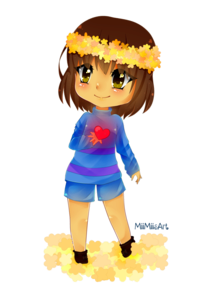 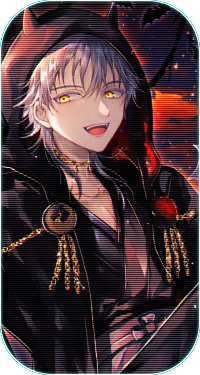 you have deleted my post! Now I shall haunt you forever!
test

Dis is for you.

Yo wtf, you made me look.
Ruvel

Oi, get off my lawn! D< Whippersnappers.