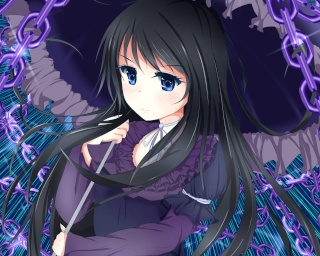 Personality: By far, Rei is one of the more "unique" kinds of children. There are two sides to her, both equally bizarre. The first side is her more playful and childlike side: this side of her is very cheerful, helpful and silly. The other side of her is dark, lonesome and very negative- yet still very cute and silly. Rei always speaks in 3rd person when referring to herself and things about herself. Switching between these two moods can happen very quickly and most times without any kind of situation to cause it. One could say she has a split persona or severely bipolar, but neither of these are the case.

The cheerful side of her is very childlike, not at all bothered by people who treat her like a child and spoil her with treats. She loves to play along with it and lets the silly nature override her natural battle sense. Often when she is cheerful and silly, she can be rather clumsy and forgetful. Also, she can be oblivious to some of the more obvious details. Despite her childish nature, she is very smart, smarter than most adults around her, which makes it so easy to manipulate them. When she is in this mood, she cares less about proper actions and fine clothing. When she feels like a child, she will wear whatever she likes- which is usually clothing normal kids would wear or some things very similar. When she is in this mood, sh dislikes fighting but will if necessary: When fighting like this, she doesn't always take fights seriously.

The darker side of her is a mirror in contrast. When she is in this mood, she is very mature, showing a maturity beyond her years. She dislikes being treated like a child or underestimated: although she gladly gives reproach, both verbally and physically to those who think little of her. While she doesn't have a temper, she is quick to point out when someone is wrong, even going as far as to whack them on the head or kicking them in the shin if they are too stubborn to listen to her reproach. When in this mood, she can be very confrontational and shrewd. When in this mood, fighting and the willingness to fight comes easiest to her.

Despite the contrast in the two sides of her, both of her moods share a few common things. Namely her likes and dislikes: that part of her doesn't change no matter what mood she is in. Along with this, both sides of her are playful, just in different opinions of playful. While her cheerful self is less harmful, her darker side is also playful, usually in a violent or harmful manner. Both sides also share a perverted streak, although more prominent in the darker half of her. She can be a bit of a sadist, getting aroused by pain she causes to some of her friends and foes. Despite her innocent appearance and attitude, she is actually quite "grown up" in her thinking- one might think she knows nothing about sexuality, but she is actually very informed and enjoys teasing people about those subjects. She has a very dominant personality, though less dominant in her child-like nature. Because of her darker nature and talented gifts as a child, she has learned to study people well and learn from them. She has learned the art of interrogation, in both verbal and physical aspects- due to her dark past, she has picked up unhealthy habits for a child and uses them when necessary to accomplish even gruesome tasks. One could say that she is a master interrogator when it comes to retrieving information.
Likes: Rei likes many things. Most favored is the color black. The color black matches her hair and compliments her sin quite well. Second is candy, she has a strong sweet tooth. She can be found often with some form of candy in her mouth. Third is music, she loves soft and flowing music.
Dislikes: Rei hates the color yellow, it is very abrasive and and eyesore. Second is soda, she greatly dislikes soda because of the nature of it. It is unhealthy and dehydrates the body. Third is forms of music that are really loud, abrasive and uneasy to the nerves.
Motivations: Rei has little in terms of motivation. She mostly just goes with the flow of situations with a general outline in her desires from the day to day interaction. The only real goal she has is to become a mage of great magical strength
Fears: Rei fears death naturally, she wants to experience so much before meeting any form of timely or untimely death. Rei also fears aliens, the thought of an extraterrestrial descending from the sky with incomprehensible power bothers her.


Height: 3 1/2 FT, 42In
Weight: 40lbs, 18Kgs
Hair: Black
Eyes: Blue
Skin Tone: Pale
Appearance: Rei is only a child and yet she possesses a noble and rare beauty. She has long black hair that glimmers in moonlight and pale skin that compliments her eyes and hair even in the noonday sun. She is about the average height of an 8 year old and has a petite body structure. Her hair flows down her shoulders and down to the arc of her back. Her eyes shine a sharp blue. Her choice of clothing is that of an older fashion, bt she will also wear more casual clothing. By far, her favorite is the more formal attire. What she usually wears, is a frilly black dress with soft black shoes without heels. She wears white stocking that reach just past her lower thighs. A single thin lavender silk lace is tied about her neck into a pretty bow.

The personality section needs to be at least 500 words long. Everything else seems to be fine. 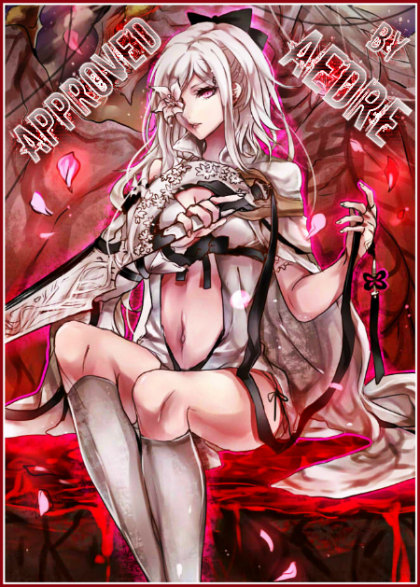