Allison woke up, blinking at rapid speed before jumping out of bed and skipping towards her dresser. The girl was in a cheerful mood, as always, and she was especially so due to the fact that today, she was going on another mission! This one would be with another person, unlike most of her other missions, but that didn't bother Allison at all. She loved to be around other people. After finishing slipping into a dark grey jacket, Allison gave herself a quick once-over in a mirror before dragging a brush through her hair, tying parts of the sides up into twin pigtails, and then bounding out the door. The red haired mage was dressed in her usual adventuring outfit, with a light pink shirt and shiny, silver-grey leggings. A dark grey coat was worn over the top, and grey ankle boots completed the outfit. Allison then remembered that she had absolutely no idea where she was going for this mission, and the girl blinked confusedly for a few moments until she realized that the job description was in her pocket. Smoothing it out against her knee, Allison read it over cheerfully.

Once that was finished, the redhead looked around for a little bit, trying to remember which town she was in... Magnolia Town? Yep, that was right! Allison skipped over in the direction of the nearest train station, to take her to Hargeon Town. The entire trip took less than an hour, since the two towns were relatively close to each other. And even if they hadn't been, Allison had taken the rushing train, which truly had been more expensive, but the girl had way too much money, and spent it on things for other people and things to complete jobs. After arriving in Hargeon Town, Allison looked around curiously-- there were random amounts of jewels sprinkled all around here, could this be what the man had described in the job information? Shrugging, Allison plopped down and fell asleep immediately-- she was waiting for the other person to arrive, and had no clue of their identity. Fortunately though, as a Rising Star and also the fact that she had given out her name and physical features, combined had the effect of being recognizable enough. 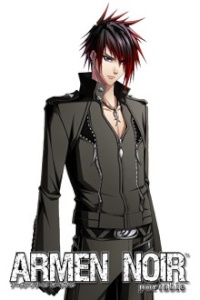 Kevin awoke slowly as the sun shone through his window. He stretched causing his blanket to slid down revealing that he was only wearing his boxer shorts. His bed head was a complete mess. Hair was everywhere he shook his head two times to the left then the right. His hair seem to just fall into place on his head in its usual style. He stepped out of bed stretching even more letting a yawn escape his plump lips. He leaned over and pulled on his leather pants over his trim legs. They seem to hug him in all the right places. Then he pulled his leather jacket over his bare chest zipping it half way up allowing his guild tattoo display proudly. He looked himself over in the mirror giving it his signature smolder. He laughed at himself before leaving his room and heading to the train station from the Eclipse Soul Guild.

While riding the train he felt the familiar tingle of excitement in his stomach. He was going on his first mission as a guild member. He knew it was a low level job since he was new but none the less it excited him. He had not been in batter for some time so it was time to dust off the cob web and challenge his existence in this world once more was he stronger than his opponents or would he be forced to train even harder. He felt the train coming to a halt in Hargeon Station. He exited the train his hands in his pockets and looked around. He could see jewels everywhere scattered in random places. He pulled the piece of paper off out of his pockets and looked over the description of his partner for the mission. He didn't want a partner but he also wanted to know what his guildmates had to offer in the ways of power. He looked around to see the girl. His eyes fell upon her as she slept on a bench nearby. 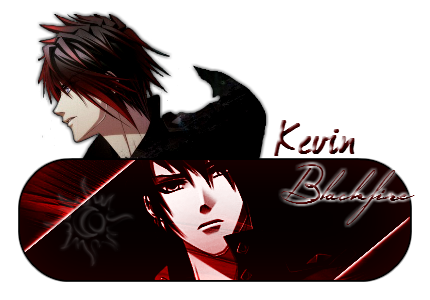 Allison opened her eyes with a yawn, stretching like a cat before jumping up and blinking at the stranger with a curious gaze. "Hi! My name is Allison, yep! Who are you?" She beamed at him happily-- it seemed that the man was friendly, which the mage was thankful for. Some of her past mission partners hadn't been nearly as welcoming-- hopefully, at least this one would be willing to give her his name! But either way, it didn't really matter to the girl, since she was fine with anything as long as the other person was happy. They should get started on the job right away though, since apparently the thieves had already had a ship all set up, and so this was an urgent mission-- the two had to stop them before they could reach that ship, because it would mean they'd escape. Smiling cheerfully at Kevin, Allison skipped towards the direction the jewels were leading and called back behind her, "Let's go!"
_____________________________________________________________________________________
I WONDER WHEN THIS WILL ALL DISAPPEAR
❅STARING OUT OVER THE SKY, I SAY DREAMS ONLY, MAKE THE PAIN STOP. THEN I WAKE UP. NOTHING LASTS FOREVER❅

Kevin smiled at her." I am Kevin nice to meet you." Kevin just hope looks weren't this girls only strength. She looked like a lollipop licking kid to be honest. He was so stuck in his thoughts that he had not noticed that she was skipping along following the trail of Jewels. He turned and began running until he caught up with her. He knew this mission was urgent so he put all his focus on the task at hand finding those pirates.

They kept on following the trail of the jewels. Searched everywhere looking for the pirates. They were soon running at a steady pace and in the distance they could see three of the pirates. "There they are lets go Allison." Kevin said gaining speed so as to catch up with the Pirates. " Blackfire Boe Staff." Kevin said causing his magic to blaze in the form of a boe staff. Grabbed it spinning it the black flames away.

The member 'KevinBlackFire' has done the following action : Dice Rolls

Allison nodded to Kevin, who had turned to face the monsters. She too swung easily on the balls of her toes and summoned her Nerve Needles, which the girl flicked at four of the tougher looking opponents. There seemed to be three groups of them-- the weaker ones were grouped together in a set of five, while the stronger enemies had formed packs of four. One of these packs had easily been paralyzed by the mage, and she leaped towards them, knocking each out solidly during the paralyzation time. Even if her needles didn't do much damage, they gave her enough time to do so with either physical attacks or another spell. Whirling around, the girl dodged when some more of the pirates came at her, leaping away. She had decided not to use her higher and more powerful spells for this mission, to give herself more of a challenge-- but the downside to it was that she couldn't simply defeat her weaker opponents with one hit.

Kevin spun the bow staff in his left hand while advancing on the monsters. He jumped at the enemies swinging the staff at the first enemies head knocking him effectively knocking him out. Kevin landed and rolled on the back of his right heel, swinging his left foot kicking the unconscious bloke at the other four knocking three of them down.

The four came at Kevin with his long sword slashing at his left arm. The blade tore through the leather and scraping Kevin's skin. A small trail of blood flowed. Kevin jump back grinning. "Damn that was close. Keep that up." Kevin then spun the boe staff above his head with both hands. The other three had finally gotten up and were about to charge him. Kevin smiled and stopped spinning the boe staff. " You boys are in for a treat. Come at me with all you got." Kevin growl he was definitely getting into this.

Allison blinked at the enemies, easily pouncing behind two of them and getting in a decent strike to the back of the head.  Then the girl simply knocked them on the temples and the opponents were down for the count.  Glancing around, she saw that the others had begun to surround Kevin, and immediately called out a warning, "Careful, they're around you!" and then beamed at him, just in case he hadn't noticed.  The red haired mage decided that since her mission partner seemed to be enjoying himself, there was no reason to interfere at the moment-- after all, the opponents didn't seem to be overly strong either way.

The female mage studied the trail of jewels for a moment, trying to focus.  Typically Allison would have let the other people involved in the job do all of the tracking and such, since Allison wasn't particularly suited for that kind of work... but, it was clear enough that the trail had stopped around this area.  Perhaps one of the opponents they had already defeated was in possession of the jewels, but considering that she hadn't noticed any of their pockets bulging... aha!  The red haired girl caught a glimpse of one of the opponents near Kevin, attempting to stay mostly out of the fight.  His eyes seemed to be slightly more shifty than the others', and his coat seemed to have an odd, giant lump in the middle of it.