The World I Seek [Intro/Open to FT] 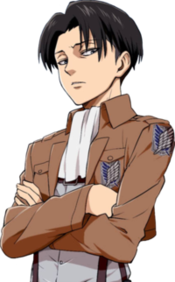 The World I Seek [Intro/Open to FT]

A reason to smile was all he wanted prior to this meeting. Opportunity is all that he wished to await him in the nearby future. Success is the only thing he wanted grasped firmly in his hands- nothing more than happiness, really. However, here he was instead, standing straight before the most appropriate entrance to the guild he could find: Fairy Tail. Recently, new improvements had been made to this guild, though that was not the reason Yori stood here today. Countless times prior to this meeting, Yori had noticed more and more eyes drawn to this specific area as if it were a funhouse. Everyone loved passing by here just to take a glimpse at the establishment and its people. This guild had unbelievable history, having been built by some of the greatest wizards to this day, or at least some well-known faces. Even now, highly reputable wizards stood upon these very grounds, and prepared wild adventures together, as this surely described the nature of this guild. Yet, here Yori was.

It was atrocious to see a really laid-back man such as Yori standing before a building that belonged to probably the biggest partiers known to mankind, itself. However, there was something about this guild that interested Yori more than any other. This guild currently stood as a threat to Yori, which he actually enjoyed. Yori, a pessimistic man staring at a structure holding such optimism. It was truly fantastic. "Change..." Yori muttered, "Change is all I seek...the world I seek..." Until this day, Yori did not understand the meaning of fun, happiness, creativity, joy, hope and friendship- change, especially. He was curious to learn what all of this truly meant, and by the looks of others' faces in the past, Yori had a feeling he would understand if this guild would accept him as their own. He did not want to see the world in black and white anymore, but only by the grey in between. A simple knock was all it took to change Yori's life forever, which he gladly risked the moment his hand touched the door.

"OI!" The doors of Fairy Tail came swinging open outwards, potentially slamming into anyway standing right outside, as a large mountain vulcan came tumbling out of the building. The large ape rolled several meters before slowing to a stop outside the building, a quick look would confirm the beast was knocked unconscious. A very short young man walked out of the guild hall popping his knuckles "And stay out you little monkey!" This man was Simon the Phoenix, youngest Wizard Saint in the history of Fiore, and the shortest Guild Master in the history of Earthland. He didn't seem to notice Yori as he stood there basking in his victory. This was the famous "Phoenix Ego," an ability designed to allow Simon to focus on nothing but his own glory. If that was an actual technique or just him having a big head remains a mystery to the world, but the bottom line is Yori would have to make an effort to get his attention. If he wanted to that is.

The door slammed on the front side of Yori's face critically just seconds after he had knocked on the door. His nose bled while a new scar formed across his eye due to a sliver scratching him upon impact. Regardless, Yori showed no emotion- he was practically born this way. He heard a man shout along with a flying, monkey-like figure who soon collapsed unconscious. Could be the first member of the guild Yori would have the chance of meeting? Was this just a simple exemplar of how the guild's general personality? Yori hoped getting along with these people would not lead to more unintentional injuries, though he supposed everyone had to make that risk prior to his own meeting. Yori was amazed that a man so small was capable of taking out a Vulcan so big. This truly was an example of Fairy Tail's strength. "Hey..." Yori spoke in response to the sudden bursting of the door, no emphasis present in his voice, "Who are you?" The way this person expressed himself excluding the event that had just taken place made Yori look like he was invisible- though obviously he is not. Oh, how joining this guild sure would be interesting. Fortunately, Yori's voice was so dull, any man or woman should be able to hear it; even the ignorant. Albeit, Yori tapped on the boy's shoulder, anyway, and hoped to get his attention with this one question: "Do you have bandages?"

Simon tried to hide the fact that he had to turn his head up to look Yori in the face but that was hard considering how short he was. Immediately irritated by the height difference Simon considered taking the strange down a few notches, literally, but then he noticed that he was hurt. In just a second Simon's hawk-like eyes deduced exactly what had happened by examining the ground right behind Yori, a little bit of common sense also helped. He figured he at the very list owed him an apology, or maybe just not breaking his knees. That conclusion reached Simon said "Nope. I've got something better. BURN!" His voice raised dramatically at the last word as he snapped his fingers "Phoenix Rage!"

"Burn?" Yori wondered aloud until circled in flames. If there was also something particularly boring about him, it was that he never showed- no matter what- emotion in battle, regardless of any bruise or injury. Therefore, once the flames dispersed, that same, soulless face as before still remained upon Yori's face. He wondered if the man in front of him would be shocked by his lack of expression. However, for the first time in probably years, his face did reveal curiosity while the flames did not actually burn him, but rather healed him, so to speak. The scar had disappeared, while the nosebleed vanished. In his new state, Yori looked as though that door incident never occurred, yet the door was still positioned wide open. "Is fire your speciality?" Yori asked rhetorically, "I await the day my own magic is fully awakened."

Soon after this short break in discussion, Yori extended his hand, and revealed the slightest essence of magic. "I wish to join Fairy Tail." Yori explained, "Do you accept?" The man who stood with Yori would have to get used to his lack of emphasis and emotion, for it was all Yori could display. His habit of doing so equated with one's habit of breathing; it can never be stopped. Yori hoped this male would be accepting of his presence, and while all he held his faith, Yori felt it would only be polite and persuading to offer this person a handshake. It was a gentleman's act, after all.
Kirahunter

Simon was disappointed that Yori didn't completely flip out when set on fire. In fact now he was pretty bored, it made him wonder if the Vulcan was good for going another round. A quick glance however confirmed that the beast was most out of commission. Disappointed his attention returned to Yori "Yeah I guess fire is my area of expertise. I burn stuff, I blow stuff up and on occasion I work miracles." He said miracle as if it was nothing, and to an extent he really did believe miracles to be no big feat. But that wasn't too important at the moment as he moved to answer the second question "You join Fairy Tail huh? I'm not gonna lie you don't exactly look inspired by a sense of adventure. But I suppose we could make something out of you. I personally believe Fairy Tail is a bit contagious, stick around us long enough and you'll fit right in." Simon stepped to the side and waved his arm towards the open door "So would you like to come in and see what we have to offer?"
_____________________________________________________________________________________
[20:44:53] Kirahunter : also I like the sound of my own voice
[20:44:59] Kirahunter : so I had to say something

"Impressive." Yori replied. He wanted to hide the fact that perhaps calling certain maneuvers with magic "miracles" was an exaggerated term. However, he had yet to see the full potential of the man before him, which made Yori grant him the benefit of the doubt, thus his response earlier. What made this meeting more significant was how the two were judging each other already. As expected, Yori was judged for his weak voice. "I am a naturally born pessimist trying to figure out who I should be." Yori added, "If your guild can offer me change, I will gladly accept it." Yori stepped inside the guild after this comment, though he invited this official member of the guild to step in first. He wished for a tour, as he sensed a lot of intelligence from the smaller male before him. If this other boy could truly perform miracles, then maybe he could help Yori perform one, as well.
Kirahunter

This guild seemed like an illusion outside from what Yori could see indoors. The guild looked massive; surely with tons of improvements than Yori saw outside. As he wished, Yori was on a tour, or something similar. This man before him seemed very polite while he took the time to guide Yori from area of the guild to another. Yori enjoyed the atmosphere. "I find this would be a fitting place for me." Yori remarked. He did not want to explain why, as this male here would have the opportunity of finding out anyway in the future. It wasn't like Yori would never commit himself to a mission, after all. He needed some money in his pocket, and a good record. While Yori pondered thoughts about this guild, and what it contained, Yori was told about two options. Either he could go someplace else already, or proceed further down this recreational area. Yori found it befitting to make the most of his tour, and so he decided to continue onwards with the recreational area. "I'll take the second choice." Yori replied. He felt it was right to go out of his comfort zone about, and use his time for many other people; not just this one in front of him.
Kirahunter

Simon stepped aside "Well then go ahead and talk to some people. I'll be here when you're ready to move on."