Simon stared at the burned guild hall in disbelief. He smacked his fist into his hand and grit his teeth in frustration. It was the morning after Famine's departure and Simon had just returned from a training journey. "Can't a guy go on a month long journey without any warning and not come back to his home in ashes?!" The phoenix mage shoved his hands in his coat pockets and took a deep breath and exclaimed in a voice far louder then one would think possible from such a small person,

"If you call yourself a mage of Fairy Tail! Get over here! We've got work to do!"

The Phoenix wanted to do many things. High on his list of priorities was a little good old fashioned pay back. Of course he also needed to figure out what happened in the first place. But first and foremost he was going to rebuild his home. That took priority. Everything else could wait. Maybe he was being insensitive to the circumstances but the rash kid was always a bit single minded and his one track mind was set on reconstruction.

No one appeared. Simon threw his head back and forth looking for anyone. "Damn! Where are you guys? Don't tell me you all freaking ran at the first sign of trouble. Bunch of lousies."   Needless to say he was highly frustrated at the lack of attendance. He had shouted loud enough for all of Magnolia to hear. He waited a few more minutes but in the end Simon was still alone, "Fine then you cowards. I'll fix the guild without you. If you can't understand the importance of our guild hall why are you even here?" Simon wasn't sure who he was talking to as there was no one but confused citizens around. It made his skin crawl that everyone could have really cleared out that fast, given up so easily. He was honestly disgusted. He didn't exactly want to shame everyone who didn't come into never returning, but he sure as hell wanted them to understand that rebuilding their guild was more important then moping around because they were sad or something.

Seeing no one else was going to appear Simon jumped into the air, exploded in a burst of fire, reformed as a flaming bird and flew off. But rest assured he would return. Rather shortly in fact the phoenix would fly back to Magnolia with a small pouch in his talon. As he descended over the ruins of the guild hall he reverted to his human form to fall and land on his feet.

He wanted to get right to building on the same spot but the old burned guild hall stilled remained clogging the space. The phoenix didn't like what he had to do but for Fairy Tail to continue he accepted the old would have to be wiped away. Looking over the remains he couldn't help but remember everything Fairy Tail had brought him in his time there. It mad him sad to think it was changing but it couldn't stay like this, not in ashes. So with tears in his eyes Simon stomped his foot on the ground, and on the spot he stomped a blue fire formed that spread over the partiality burnt wreckage "Goodbye. But don't worry I'll remember all our adventures."

As the flames burnt away Simon said to no one in particular "I know to some of you this looks like a tragedy. But it isn't really." That was a hard line to sell since he himself was crying like a baby and was talking between sobs but somehow he kept his voice loud and strong "There are good things in life. Sometimes we like to hold onto them so that we always remember the good times during the bad times. We like little symbols and icons that remind us of our happiest memories. This guild hall was a symbol of my happiness and time here. It pains me to see it go, but I won't let it burden me. It is normal to experience sadness at parting but its easy to realize that sometimes things break for the best." The flames were making rather quick work of the wooden guild and very little would be left before long but Simon kept his speech going in the middle of the contained blaze "When we put a trophy on a pedestal for too long, it becomes nothing more then decoration. After a time that achievement becomes forgotten, that exciting news becomes every day. When this happens, only by breaking it does it get a chance to shine like new again. In losing it we remember how much we value it, by seeing it leave us everything we had taken for granted but loved burns into our minds. This is the best outcome for that which has become taken for granted. Let these fires burn into your memory that love which has been forgotten."

The flames finally died. The ground was covered in ash. The old guildhall was gone completely.  Simon was still crying but he finished saying "This is the end of one chapter but the start of the next. On this ground, on these ashes we build anew." With that he poured the pouch into his free hand revealing its contents: golden seeds. Simon jumped into the air before throwing the seeds down onto the ground. The seeds buried themselves in the ashes, sinking into the earth by their own will and desire to grow. Simon flipped in the sky to guide himself to the ground beyond the ashes. He turned to look at them as tiny saplings sprouted from the ground all over. "Those were the golden seeds of The Wayward Tree. It's a tree long used by travelers as shelter. When planted its seeds grow into house like trees in a matter of seconds. When they are planted together like this, they become so much more."

Simon couldn't talk anymore now he had to focus on controlling the magic of the seeds. He wasn't a plant mage so it wasn't natural but he had used the seeds many times before and was familiar with how to control them. So then rapidly the trees grew, molding and bending into curious shapes.

They grew together, merging as one and taking on their final shape. It took some time because of the complexity but after a minute it was complete. Now in Magnolia stood a massive tree far larger then any around it but it was more than that, it was also the guild hall of Fairy Tail.

Simon smiled as he stared up at the large building "I didn't just use seeds of The Wayward Tree because they were convenient. I used them because they had meaning. They stand for what this guild hall shall be. It will be a place of rest, a place of respite between long journeys. It will be a place where many great quests begin and end. While mages of Fairy Tail always feel incline to wander, here they shall find a place to rest and to gather with those who feel as they do."

Feeling both alone but hopeful Simon pounded his fist to his chest and shouted for the world to hear, 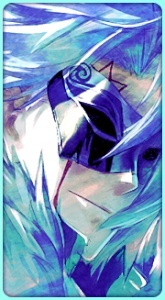 Vierorin walked across town, he had woken up late, which was bad, he had gotten the memo that the Guild should meet up at the remains of the old hall, he wasn’t sure what it was he was still depressed from the recent events. Not only a member of the Guild died, but he blew up, going on his own rampage in the bay endangering countless people and hurting Zekkaria who was still resting at the inn. Suddenly he saw a giant tree rose up on the far side of town, his eyes widened and he took off running towards the tree as fast as he could.

Apollo slowly walked out of an ally after hearing the call from his fellow guild mate. He looked at the once great guild hall in ash's ad sighed all his fears coming together at once. he then made his way to Simon and Vieron. "um hello i'm here to help any way I can..." he says with as much composer as he can. "I'm sorry it took so long I head..personal demons for fight..." As he regains some of his thoughts he looks at the guild hall again. *why did this happen... Fairy Tail only ever helps people.*he thought to himself. He shakes his head clenching his fist in a tad bit of anger. Then shook his head more. This was no time for him to be like this. He needed to be strong in this time. Not just for himself but for the rest of his guilds sake as well. he then put a hand on Vieron shoulder giving him a thank you for being here look then removed his hand looking at Simon. Only this time it was a look full of confidence and determination. "where do we start Simon?" he said with a nod ready to get to work.
_____________________________________________________________________________________
Commander of Moon Based Operations

Simon looked at the two new arrivals on the scene, sure he was grateful they had showed up but at the same time they were more then a touch late, "Where do we start? I just finished." The phoenix mage gestured dramatically at the large tree-building "Tadda. If you were here for my cool expose you would know that when The Wayward Tree grows it becomes a fully functioning building with furniture and the like. Magic is rather great." He then shrugged and added [color=#cc99ff]"But at present it is just a big tree. A very big very cool tree that is also a guild hall on the inside but it doesn't have the Fairy Tail spirit yet. So I've composed a list of items that will enhance the building and enrich it. These items will naturally hard to obtain and will call for a guild effort to seek them out. It may be difficult but it will not just enhance our facilities but with each quest and each addition we'll add to the guild's character."

He spun on his heels and walked towards the wooden double doors "So if you'll come with me I'll show you what we need."

....Theres total silence until Yuna walks by blaring her headphones and isn't even bothered by the fact it burnt down.
"A tree huh? Thats cool with me BTW whose the idiot who burnt it down in the first place?" She asks looking at the guild master.

Give note Yuna is new to the guild.
Vierorin

Vierorin stood there as Apollo walked up shortly after, he nodded at his teammate and listened to both Apollo and Simon as they both started to talk about what was needed to be done. After a moment Simon asked everyone to follow him inside to help discuss what was needed in terms of the finishing touches.

Vierorin followed Simon inside, marveling at the unique structure the wood had formed to making the main hall something truly worthy to have has a Guild Hall. Vierorin walked over to one of the wooden spires and placed his hands on the surface, “So… what do we need to get Simon?... and What all matierials could we get to make some rooms completely fire and heat resistant…?”