To Earthland and- Hey what's that? 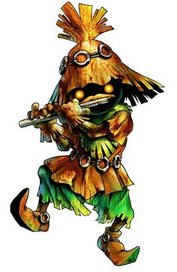 To Earthland and- Hey what's that?

The Imp was on a mission. This was mission granted to him by its new found friend Ichirou the town drunk. You see The Imp had a certain problem with direction and focus. So the two had come to make an arrangement. Ichirou would help The Imp find jobs and give him direction and in return The Imp would do the stuff. It was a rather ingenious arrangement for sure which would stop The Imp from wasting a whole lot of time. Now on this day Ichirou had sent The Imp out of Magnolia Town much to the despair of The Imp. It truly hated leaving the town of Fairy Tail but Ichirou promised it that it was for its own good. So it came to be that The Imp was in Hargeon Town in search of an item called a passport. Now The Imp had really no idea why it needed this or what Ichirou had in mind but it was eager to prove it could hold up its end of the partnership.

After several hours of asking various people where the passport place was followed by scampering to the wrong place The Imp found the place that he wanted to go to. The Imp looked up at the Fairy Tail guild hall and laughed happily "I'm home!" Coincidence caused Ichirou to pass by the guild hall at that moment and see the imp. "Ah there you are! I was worried since you were taking so long. Can I see your passport?" The Imp stared at the old man in confusion "What are you talking about Ichi-Ossan?" The old man sighed "I sent you to get a passport from Hargeon remember?" The Imp slapped a hand to his face, "I completely forgot!" Ichirou shook his head smiling and offered his hand to The Imp, "Don't worry kid. I'll take you so you don't forget."

So The Imp took his friend's hand and together they began a long walk to Hargeon. They traveled by foot as both Ichirou and The Imp were greatly opposed to trains. They are just so scary you know?

On the way Ichirou told The Imp various stories. The stories were nothing of significance. Most were simple fairy tales but The Imp enjoyed them greatly. It was hard to say why but just hearing Ichirou rattle on brought The Imp some comfort. Whatever the reason it passed the time quickly and before The Imp even realized it they were in Hargeon.

Ichirou guided The Imp to the passport station. Some passersby gave them strange looks and murmured to each other as they passed. It was to be expected Ichirou was a strange old man and The Imp was even stranger. But Ichirou didn't mind and The Imp didn't notice it at all. The new passport hype had long since passed so the lines were rather short. With Ichirou's enthralling stories the time flied and The Imp found itself at the front of the line in no time.

It took some explaining to the men working the station and quite a bit of encouragement from Ichirou but they agreed to give a passport to The Imp. It seemed strange to give one to a non-human but at the same time they didn't see any harm in it.  So once again the day was saved thanks to the power of the elderly.