Save The Beer! (Dmitry, Shairako) 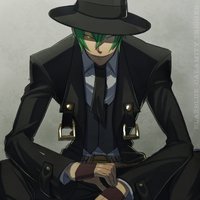 Save The Beer! (Dmitry, Shairako)

Job Description:
Job: The Watering Hole - Battle for the Beer!
Rank: B
Player Requirements: single or team. 3 B rank and 2 C rank mage max for team. 30 post minimum and 350 words per post.
Job Location: Mountain village
Job Description: "Damn it! I need some people I can rely on, people I know and trust. My tavern is being attacked nearly every day and night by some bastards who tasted my beer and got hooked on it! If they manage to steal my beer they might copy the formula and ruin me! My bouncers and some helpful travelers have been good so far, but I'm running out of time!
Please help me! If you can stop them all, kill or beat them to a pulp I don't care, I'll reward you handsomely! If you can do it without breaking any of my barrels you'll get even more! These people are getting on my last nerve and I really need people!
Hurry!"
Mission Objectives:
- Defeat all invading Beer Stealers
- Prevent all the beer from being stolen
Enemies: Beer Stealers
Magic: Dark and Gun Magic
Weak: Hired Thug- Being paid by the boss to assist in the stealing, these thugs have no magical use but carry a large arsenal of different types of guns; making them dangerous for any unwary foe.
Normal:Alcoholic Mage- a poor excuse for a mage, but one none the less, they are well skilled at dark magic and could do severe damage to those who do not take them seriously.
Strong:Moonshiner apprentice- still learning the ways of the moonshine, these people are nothing to be trifled with; they can use both dark magic and gun magic without a problem, alternating between the two.
Boss: Gragas, the Moonshiner- A very large ten foot behemoth of a man with a body to match. His body has a diameter of 2 and a half meters, reaching about seven to eight feet wide. He would wear no shirt, and wear only overalls made for his specific size. He has a large brown beard and mustauch stained from his home made brew. Despite being large structure, he is quite fast and has amazing strength. He carries around a large double barrel shot gun with barrels half the size of his arms, and almost as wide as his fist. He is well adept to using some magic as well, and is normally seen carrying a large Cask on his back for long trips away from home to restock.
Abilities: Gragas can channel magic into his body to give him a heavy charge, rushing towards his targets with an unstoppable force to smash through trees, large boulders, and sometimes break down reinforced metal doors.
Shotgun Frenzy: Using his shotgun, and channeling some magic into it, Gragas lets out a large consistent spray of dark matter that destroys defense before dealing burning damage to his targets.
Cask explosion: Getting angered enough to the point of throwing one of his many Casks on his person, Gragas fills it up with dark magic and hurls it towards his targets, creating an explosion large enough to knock anything not bolted to the ground five meters away, dealing significant blunt damage.
Refill: Grags pulls out one of his Casks and takes a giant swig of his home made Moon Shine, powering himself up with it being tainted by dark magic. It refills up his stamina, and increases his physical attack power by double for a short duration (Three posts)
Reward: 15,000 Jewels


At the current moment a certain gray haired, spirit mage was doing something he rarely, if ever, did: traveling with another person. Dmitry Kazakov was on his way to a mountain village to respond to a request for protection. He was followed by another member of Lamia Scale, a rather odd mage named Shairako. This wasn't something he normally did, as his social skills were rather...lacking. The man had offered to join Dmitry when he was taking the job, apparently knowing someone from the village. Normally Dmitry would refuse. However, the master of Lamia Scale, Kihia Avoa, had recently urged him to start working with guild members more often. Dmitry realized the ice mage had a point, as doing all his jobs solo wasn't exactly helping his disassociation with his own species. And so, Dmitry accepted the strange man's offer of assistance. What Dmitry neglected to consider, was how irritating this mage could be.

For someone who already had a hard time dealing with people he didn't know, this guy was a nightmare. He would constantly go on and on about practically nothing. Seriously, he just went on about crap that didn't mean anything. Sometimes the things he said didn't even make any sense. Actually, scratch that; almost everything he said made no sense. Then there was the dancing. Always with the dancing. Every time they took a break for any reason, he broke out into dance. Sometimes he would even dance while they were still on the move, which was a feet in and of itself. Dmitry found himself wondering how it was that the first person he took a job with just happened to be the kind that not even normal people could get used to. Just as Shairako was going about some nonsense related to his pinkie toe, they're destination came into view, giving Dmitry the urge to burst out into tears of joy.

'Come now, boy,' Hati spoke through the psychic bond he and Dmitry shared. 'Was it all that bad?'

'I'd rather deal with your nagging, old man.' Dmitry shot back.

The village wasn't anything fancy, as might be expected. The two made there way to the specified establishment.

"Alright," Dmitry said to his partner before walking through the door. "Let's meet the client."
« View previous topic · View next topic »