As the man approached the open plain, he would pause for a brief moment and rest a hand on his hip.  A brow lifted as his expression would take a shift, wearing a look of inquisition and uncertainty. He didn’t think he had come so far so fast, and he wasn’t planning to traverse the plain until the following day. His head tilted up-right as he glanced towards the sky.

“Looks like there is still another four hours until dusk. I’m way ahead.” He had thought to himself, with a smirk. It wasn’t often that he bypassed his own expectations, and his sense of time was usually spot on.

The plain was seemingly endless, and even with his acute sense of vision, he would not be able to see the other side as the hills rolled on; for what seemed like forever. His dark blue hair shifted downward as he hung his head a bit, and pondered the situation. If he left now, it was approximately fifteen to twenty miles by his calculations until he reached tomorrow’s first objective.

...but if there was something Fayt hated more than miscalculating, it was wasting time. He unraveled the cape from his shoulders, and stuffed it into his satchel as he prepared for the long haul. He would spend a few moments stretching his legs, before taking off at a moderate speed.

He began his trek across the rolling plains, going at a speed that he could keep up with relative ease. Also it would allow him to focus less on his breathing and pacing, and use his heightened senses to keep track of his surroundings.

In the middle of this vast plain, a lone tree stood tall. A healthy one, at that; rooted deeply into the earth with a thick trunk and plenty of branches. It made for the perfect shade, but the fact that this tree was randomly in the middle of the plain was intriguing to him. As he approached it, his eyes darted to the sky to catch a glimpse of the time. His pacing was spot on, but he had no time to stop if he wanted to reach his goals. He continued on past the tree until he arrived at the Serene Cliffs.

The edge of the plain was in sight. He was feeling very exhausted at this point, and was dripping with sweat from head to toe. He was less than a mile off at this point, and glanced up at the sky again to get a feel for what he thought the weather might be. Endlessly clear skies told the perfect tale, and he decided to spend the evening once he stumbled upon what felt like an appropriate camping location. Though, his mind would shift back to that tree that he had seen several miles prior. 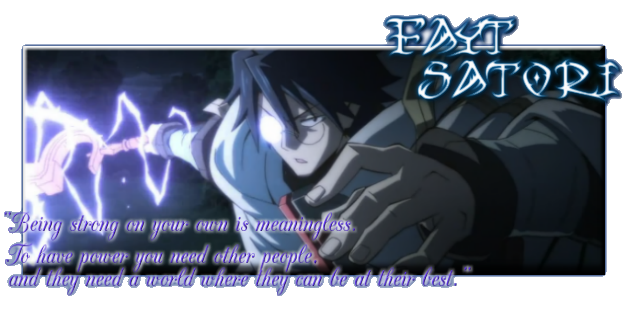 An unusual moment occurred, when the pink haired female decided to go on an adventure. Myra had no idea where she wanted to go, how she was planning on doing it, but the sudden thought of going on an adventure by herself made her grin. The young woman jolted out of her bed, took a quick shower, changed into some casual clothes and ran into her living room. There, she quickly packed a bag, crowding it with a few water bottles, packed snacks and all sorts of  other tings. Rushing out of the door, she violently shook the key inside the keyhole as excitement was pumping through her body.
She then raced towards the harbor from where a boat would take her off the island of Lavanitir. Her journey on the boat was as spectacular as always. She could smell the ocean and feel the breeze. This was one major reason of her liking for sea journeys. She told the sailor to drop her on any famous hiking or trekking spot to which he suggested the Serene cliff. Why not? She agreed and soon they had reached their destination.
The place was empty, she saw no one there. The boat had also returned to the island. She just sincerely hoped that she doesn't regret this so called adventure she set out for. After a short walk, Myra spotted a tree standing there. Deciding to take a break, she sat down and leaned against the tree, where she slowly found herself  drowsing away.
_____________________________________________________________________________________
Ꭷ TᕼE ᗰOᑎᔕTEᖇ YOᑌ ᖇᑌᑎ ᖴᖇOᗰ Iᔕ TᕼE OᑎE YOᑌ ᔕEE, Ꭷ
Ꭷ TᕼE ᗰOᑎᔕTEᖇ I ᖇᑌᑎ ᖴᖇOᗰ Iᔕ IᑎᔕIᗪE Oᖴ ᗰE. Ꭷ

Fayt moaned as he tried to escape the tapping sunlight against his tired face. He blinked, shut his eyes, and blinked again; then yawned, as he eventually managed to fully open both eyes. The adventurer’s mind was still fuzzy, the last remnants of a dream being chased away by the realisation that he has returned to reality. The dream was short, and kept referencing the large tree that he had passed in the middle of his jog yesterday, but the details faded faster than he was able to recall them.

A pair of patient eyes rose to the sky in curiosity, which brought forth a warm smile on his face. Dawn had just broke, and though the sky in the west was still dark, the east was a beautiful mixture of yellow and orange. Further along on the horizon, was a dark blue ocean of night that had begun to slowly evaporate under the sun’s brilliant radiance.

The man lifted himself upright. His boots covered with the grime of the earth that had been caked on after an endless life of travel and adventure. Fayt’s thoughts continued to ravage in his mind as he began to put his plan to action. “Magical readings...Yes, that must be it. Just can’t shake this unusual desire to investigate this.”

..and with the conclusion of those thoughts, he took off towards the tree.

The man’s stride came to a slow walk as he drew closer. There seemed to be someone resting under the tree this time...and he was for sure that there was not last night. The man blinked several times, and even rubbed his eyes. He had not seen another adventurer in well over a week at this point, as the lands he had been crossing are often desolate or not meant for travel. His arms folded neatly across his chest, as he would forget all about the reason he came here to begin with. The smaller figure belonged to a woman, with long, pink hair who seemingly was sleeping in utter bliss. The smile she wore in the midst of her slumber was that of innocence, and Fayt would approach slowly and carefully as to not wake her. With his back turned, he would lean against the tree and look up at the large branches that brought shade to protect from the invading morning sunlight. He would wait for her to wake up, rather than disturb her.

Myra's blue eyes slowly opened, taking their time adjusting to the bright light that was radiated by the sun. A small yawn escaped her mouth as she stretched her arms in her seated position. The sleep was rather uncomfortable but she still enjoyed it. There was something to it that made her want to sleep outside her home again. She suddenly sensed a presence next to her. Gazing upwards, she was now staring at a man, who stood there. She did not know why he was here, but seemed to her that he didn't want to disturb her slumber which was greatly appreciated by the pink haired female.