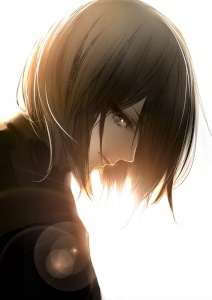 Belamie walked through the unfamiliar market place and smiled. The feeling of anonymity making her feel quite at home. The market was packed yet; village people trying to gather their groceries their wives had sent them out for before the place closed. She walked passed countless vendors selling everything from vegetables to trinkets to some poor she was pretty sure was found on the side of the road. The place was loud, there were people shouting questions, vendors shouting prices, children just shouting; but there was something calming about being able to weave through roaring crowd silently. She glided passed a fruit vendor and swiped an apple. She took a bite as she grabbed a bundle of coins off the belt of a large round man who was hollering at some poor young kid behind the cart. She waded through the crowd and ducked into an alley next to a tavern. She tossed the core of her apple into a bin, and sat down on a few crates next to her. She opened the the small sack and poured the few coins into her palm. She sighed. Great. Not even enough to buy a freaking bed. But she probably wouldn't need one tonight. The warm air was still, and the sky was clear. She pocketed the coins into a one of her packs, and slipped back into the crowd: back to work.
Annora

As she slipped back into the crowd, Belamie could feel eyes on her. She casually took a peek behind her and saw a pink haired woman with who seemed fixated on her. Why? She had no idea. She had only been in town a few hours and there was no way anyone could have recognized her through the crowd. She thought of trying to slink away through the crowd, but figured she still wouldn't be able to loose this strange woman. As she was assessing her options, the woman put a hand on her shoulder. She flinched mildly; physical contact, other than fighting, was not something she rarely encountered, and not something she particularly enjoyed. In fact she hated it when people touched her. She stopped walking and composed herself. She turned around to the woman with a genuine smile on her face. She took a quick assessment of the woman before speaking sweetly.

"Oh, I think you are in the wrong part of the market place, love. The upper vendors are up that road a ways and on your second right. I would hurry on up there, you are just going to get filthy down here! And you never know what kind of criminal activity you might find around these parts." 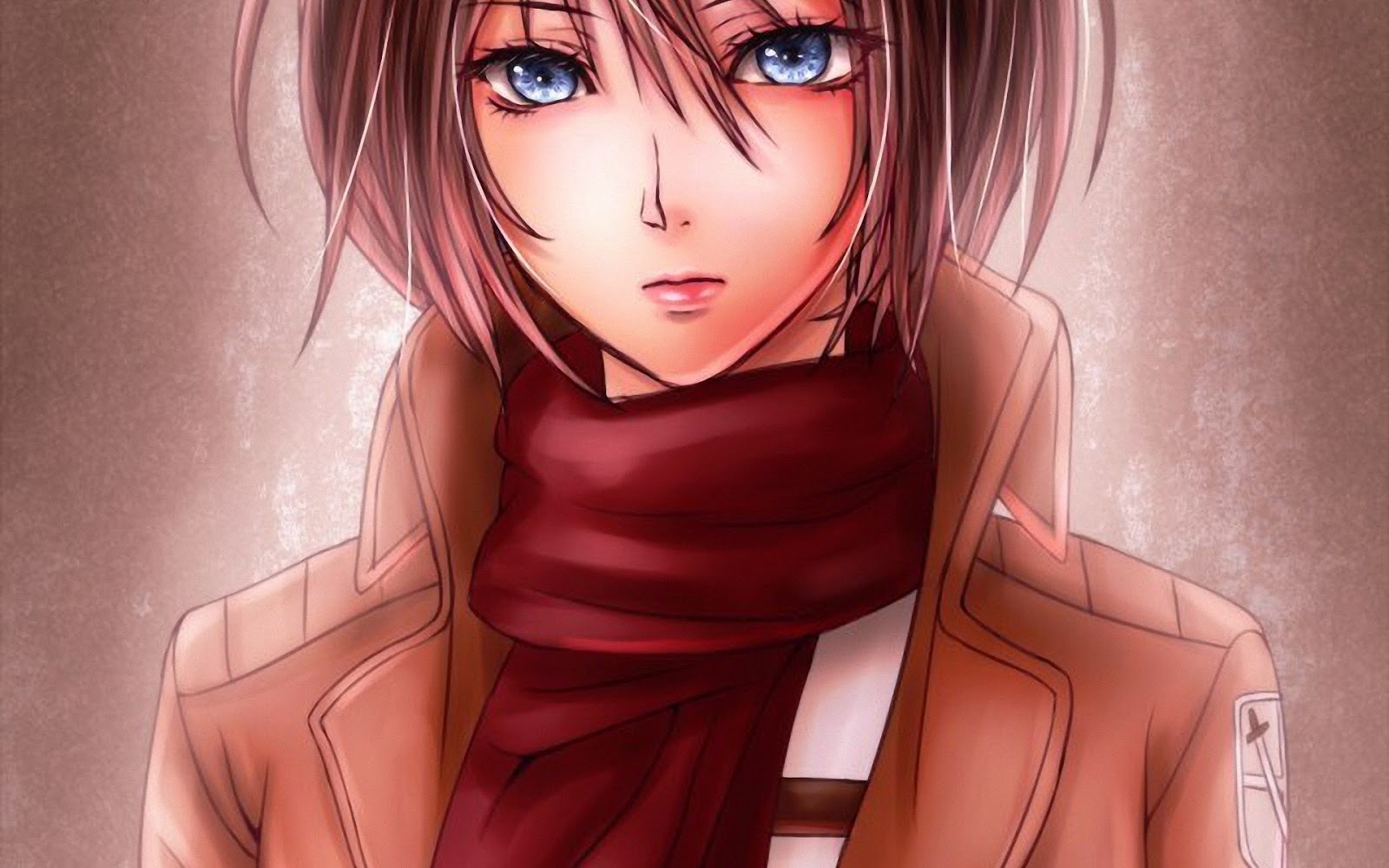 Belamie was slightly shocked by the accent, although she didn't let it show. A foreigner... Not that Belamie belonged here any more than the woman did, but at least Belamie actually knew what this kind of life was about. To her, it didn't look as if this pink haired woman had to struggle for anything in her life, let alone food. Belamie smirked at what the lady had said and turned back around. ""Only if you are unfortunate enough to get stolen from" and proceeded to walk slowly around the woman, eyeing her up. She looked like she might have a few valuable on her, she would definitely have some jewels. Maybe even enough to actually buy a room for a night. It had been so long since she slept in an actual bed. The woman was shorter than she was, and seemed so tiny. She would probably be able to hold her back with one hand if she tried to fight back. She completed the circle and stood back in front of the pink haired woman. She crossed her arms and there was a moment of silence between them. "Well?"
_____________________________________________________________________________________

Belamie resisted the urge to roll her eyes at the woman. She was too antsy for any job that involved sitting behind a counter and had too quick a temper for serving countless rude patrons. She never seemed to be able to hold a job very long, not that she was really motivated to keep one anyway. She was taught a long time ago this way of life, and it was the easiest way. ""Oh sure, I used to earn an honest living. Well, sort of. Until I got cut up real bad one night during a fight. Bastard brought a knife to a fist fight. Can't say I blame him, I put to shame a number of young men he had trained. I just thought skimming a few coins here or there from the unsuspecting customer was a tad bit safer." She looked the woman up and down again, trying to figure out what her end game was. As she was talking she had spied this rather well dressed man walking down the street, concentrating hard on a piece of paper, maybe a map? Belamie instantly zoned in on the large sack of coins he had hanging from from a parcel. This guys was just begging to be stolen from. "Is that what you stopped me for? To shake your finger at me and try to convince me to be a good little girl? She waited until the the man walked right next to her, and gracefully removed the bag from the man in one barely noticeable swipe, perfected from years of practice. "If I don't do it, someone else will, love. Why should they get to have all the fun?" Normally, she wouldn't be so brazen with a woman reprimanding her for stealing, but it was the largest, easiest target she had seen in a long while. Belamie smiled. She would be sleeping good tonight.
_____________________________________________________________________________________

Myra looked at the female who seemed to be talking about her past as an honest and hardworking woman. The pink haired mage noticed as the woman looked her over but then her gaze shifted to something behind her. Myra gazed over the female's shoulders and saw a mirror where she could see a man standing behind her. "She's probably staring at the money he has. But she wouldn't steal the money in front of me." But the female mage was wrong. The woman standing before her quietly and sneakingly stole the bag of money as the man walked past her. Myra sighed as she looked at the man who just realized that his money was missing. He started looking around and panicked. The pink haired mage snatched the money from the woman's hand before going over to the man and handing it to him, "Excuse me sir, I think you dropped this." The man was glad that his money was safe and thanked the female mage. She turned back around, hoping to see a very angry woman in front of her. She took out a bag of money from her own pocket and tossed it at the woman, who's name she still did not know. "Take this, you need money right? I think this will be enough." The amount of money Myra gave her wasn't much, but probably enough to help the woman rent a room for a night. The pink haired female knew that this act of hers would probably backfire. The real endeavor behind this was that the woman should live an honest life. She hoped that this tiny act of kindness she displayed would want the woman to be more kind too, rather than stealing. Myra wanted the woman to know that the path she was walking on would soon come to an end. Without uttering a word or answering the questions the woman had previously put forth, Myra walked away from the woman.

Belamie was furious at the woman, and had she not been so surprised that the woman had actually taken the bag from her, she would not have let it go. She was about to just take whatever the woman had to make up for the amount she had just lost, but the woman tossed her a small bag from her own collection. Belamie was baffled; no one ever showed her any kindness. She looked at the small bag in her hands and for a moment, her pride almost got in the way. I am not some charity case. But she took a deep breath and accepted the gift. A bed would be nice... She looked up to thank the woman; she realized she was being unnecessarily harsh, but it was a survival mechanism. "Hey uhm, thanks. What's your--" But the woman was already gone. She looked around, but she could not find the mysterious woman with the pink hair through the sea of people. Maybe a job wouldn't be the worst thing in the world... She had heard stories of a bounty hunter guild, the Black Rose. Maybe she would be able to find work that wouldn't involve sitting behind a counter, or being hit on by drunken jerks. Yeah, I could totally do that. It's not like I have anything to loose. And with that she took off to find the Black Rose Guild Hall.