What should I name the channel

I had a youtube channel called the crimson drakenya, but it never really took off and I was thinking of getting back into it. However, i want to focus it more this time.

Whilst I will do all sorts of games I want to focus on the pre-3d era where everything was sprites rather than polygons. So old school Super Mario Bros for example.

Based on this I decided to ask you guys for suggestions of the name for this. I've put up a bunch in the poll, but if you think of others...let me know.

Current missions(4/6):  get the squid A, King of Fighters(S), Village Protection(A), Repair the House(D)
Guest

You should play a good arcade game like Tekken
Tac 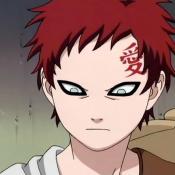 Me and you need to do a game together, ChronoZgamer and Crimson drakeya play....games!
« View previous topic · View next topic »