To boldly go where no man, or golem, has gone before 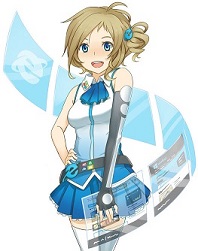 To boldly go where no man, or golem, has gone before

As T'lem stepped through the portal and onto the new world, the first thing her visual sensors were able to ascertain was that this was definitely not Earthland, let alone Fiore. Her memory core held the visual markers for all the Earthland nations architectural styles for the last thousand years, and nothing in those files came close to the styles of construction she was witnessing here in the world designated as Mirai.

Even the Neutral Grounds were nothing compared to this location in its level of technology... although the location made the android shudder somewhat involuntarily. The region was covered in patches of rust, and moss-like substance indicating that it had been abandoned for some time... like a veritable graveyard. She frowned at the glitches that she had earned since gaining the power of an Earth God Slayer Mage designate. But at least with this new magical methodology, she wouldn't have to worry about running out of magical energy, even in a realm that may not have magical energy to begin with. The fact that technology thrived here as opposed to magical innovations seemed to indicate that magic was a secondary asset here... if not lower in the order of things.