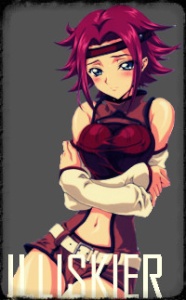 Personality: Illis is a shy and cautious creature.  Years of being on her own has trained her to look after herself.  She is often unsure about herself and lacking confidence with just about anything but her thievery skills.  Having been burned by trusting others several times she has become quiet and timid.  She is uncomfortable in large social settings preferring to stay by herself and not be noticed.  If it is just one or two people she knows she tend to be fine.  She doesn’t like being put on the spot and over complimenting Illiskier just gets her embarrassed.

Illis is a thief at heart and although she lacks confidence in a lot of things she enjoys trying to steal things that people say can’t be stolen.  It is one of the few things she feels confident about and has quickly become addicted to the skill set.  It is one of the times she gets excited and animated but if it is pointed out that she is so excited she will try to rein that in.  She isn’t a bad person at heart she will not harm people to steal an item and she often takes care of alley cats which hints at her kind nature.

Independence is a valued quality for Illiskier.  She takes care of herself and is not comfortable with others doting over her.  Illis expects life to be hard and when things are handed to her she often becomes suspicious.  She takes care of her health with regular gymnastic training and healthy cooking.  In fact, she is a pretty skilled cook and enjoys her down time cooking extra food.  What she does with all that food varies from time to time but she will sometimes leave it around for others to eat.  She never takes credit for the food but will often be hiding somewhere to see whoever eats the food reaction.  She has educated herself and as such has some gaps in her knowledge and has never had a proper education.

Illiskier may be a thief but that doesn’t mean her goal is to disrupt government.  She is quite happy with the status quo.  She isn’t at odds with the Rune Knights nor the Magic Council.  She isn’t their friend either though.  Instead she sees them as a challenge to get around and avoid.  She has never really looked toward others to lead her and would likely do whatever she wants despite what they say.  However, if someone she liked asked her to do something and she agreed she would do as she agreed.  She has never sought out leadership herself and never will.  The sheer idea of everyone looking to her for instructions terrifies her and if she found herself in such a situation she would likely freeze.

Combat for her is terrifying.  She will try to avoid it at all costs and if she fails to avoid it her first instinct is to escape.  She has developed an offensive spell but has never used it in combat because she has spent so much effort on learning how to escape.  It has proved a useful tool but the only combat she has ever seen has only traumatized her.  She will become very scared in these kind of situations and only some exceptionally amazing reason could cause her to want to stay and fight.


Height: 5’2”
Weight: 120 lbs
Hair: She has radiant red ginger hair that she keeps cut medium short.
Eyes: Blue
Skin Tone: Light Colored skin tone
Appearance: Illis is a well fit woman of 20 that focuses on flexibility and grace.  She is a bit on the skinny side but this is due to her extremely active life style.  She doesn’t have any tattoos or scars beyond the guild tattoo.  She has a very average build yet a big short barely being above five feet tall.  She doesn’t have a lot of muscles built up but one would never get the sense that she is sickly.  If anything they would just think she is small.

She prefers outfits of darker tones.  Dark red is her go to color to match her hair but black, dark blue, dark green and many other dark colors are often worn by her.  When she goes out on a mission or job she will always have her trademark headband that keeps her medium short hair out of her eyes.  She has a large variety of dress clothes for formal occasions that range from red to black.

Okay, so Illiskier, welcome to FTRP~ I'll be going over your app today. 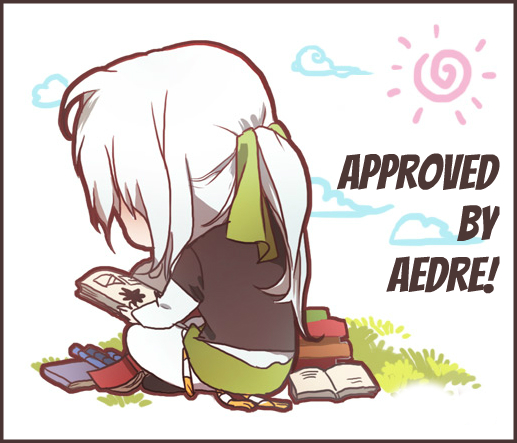