The City of Ice {Private/Solo} 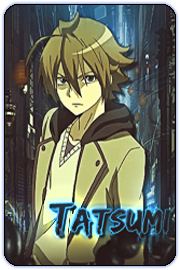 The City of Ice {Private/Solo}

Kosetsu, what a wonderful place it was. It was relatively warm, it was sunny, and it was pretty. To Tatsumi, this was all so peaceful and enjoyable to him, but the kicker for him. The icing on the cake to all this for him was the endless sight of snow and ice. Tatsumi was in a wonderland for himself. A place where he couldn't hurt a innocent soul and could have a endless stream of magic to create things to his enjoyment. This would most likely become his safe haven from the tribulation of Fiore's everyday annoyances.
As Tatsumi start wondering, he decided to leave 20ft tall pillars into the land, with ice so dark and black, no one could mistake who created them. He traveled for a while, eating off the land, literally, to replenish lost magic power and energy. He was actually looking for a specific location. A certain area that would look outstanding and could easily be seen from a distance. To him, it seemed to be a easy process that would be easily done but would soon to be painfully obvious that he would be wrong.
_____________________________________________________________________________________

Re: The City of Ice {Private/Solo}

Re: The City of Ice {Private/Solo}

As Tatsumi woke up form his sleep, he ate the shelter to clear it our of the way and proceed to start his project. He did not think this project to be one of great time, due to where he was and his apparent abilities. He estimated the time to create the city would be around a month, give or take a week or two. He planned to first clear out a open plain to build the city onto and add some geographical edits to the land to give it his own little spice. The next step was to had a town hall, or in his case the future Cor Draco guild hall for Kosetsu. After creating that he would proceed to build homes and buildings around the hall and to grow the city.

At this point, Tatsumi proceed to begin his first step of clearing the land. This was most likely the easiest part of the plan, since all it meant for him was eating and carving the land through his magic's ability and use of the Voice of the Glacier God in tandem. The area that he had found was already a huge area, one that rivaled the size of most big cities in Fiore. Give a few hours later, he had flattened the land and proceed to carving it to fit his fancy. The area, after working on it for a while, was found to be on a plateau with ravines and crevices underneath it. This pleased him as it the place as to which he found seemed to be stably strong in foundation and brought him peace for that notion.