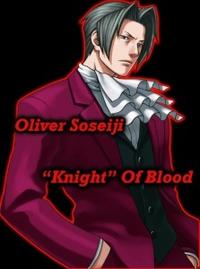 Mission Info:
Job: Deliver My Letter!
Rank: D
Player Requirements: At least one mage. Must be done under 10 posts, total word count 500
Job Requirements: Deliver the love letter.
Job Location: Magnolia Town.
Job Description: There's this man in Magnolia who wishes to send a letter to one of the most popular celebrities in Fiore, who seems to be his childhood friend and love interest, and surprisingly, that celebrity is heading to Magnolia Town. You must get through many fans and enter the backstage if you want this to happen. Just don't get caught by security, or else you won't be able to give the letter.
Reward: 600 Jewels

'Wowza, my very first mission!' Is what Oliver would have said. If he was an amateur. But, of course, someone as noble and awe-inspiring such as this Oliver Soseiji would never devolve to shouting out stereotypical anime opening phrases, because, as a matter of fact, he would not take this as a first day of anime high school. He would take this mission on like the little shit it was, and smear it face first into the pavement, no questions asked. He would complete it so well, people would be BEGGING for him to do this ultimate, important mission over and over again, giving him shit-loads of jewels just for delivering a simple letter.

To be honest, though, the mission he was taking on was a bit pathetic. He didn't really have to do anything other than deliver a love letter to someone who he didn't really know, and, as far as celebrities go, he didn't really CARE to get to know this person. But, someone has to pay the bills, and by 'pay the bills', I more or less mean that he has to be able to buy as much shit as he wants in order to kick some asses. And by 'kick some asses', it means that he has to cater to his family and friend's spending habits.

Regardless, back to the mission, it really wasn't a task all that suiting for a mage. Honestly, he could probably do it with his eyes shut. Now, if the target to be delivered too was guarded by a hydra, that would be more suiting for someone like Ollie, but, of course, Hydras aren't really anywhere near Magnolia Town, and he would also make a fool out of himself by basically dying while trying to deliver a fluffy letter with lace covering every god damn corner. It's fluffy, and terribly suited for a regular person, much less a damn celebrity. Regardless, Oliver still had to deliver that letter.

Getting out of bed, the mentioned man threw himself, and I mean literally fell from pushing himself, out of the bed, pulling on his fancy ass clothes and making sure to fix his hair, before looking in the mirror and making sure everything was perfect. He was hoping, but, of course, not too strongly, that maybe he could pick up this so called celebrity, and make the client who was sending the letter jelly as shit, crying in his boots. This caused a grin to cross the blood mage's face, and soon, he opened his door, and started walking to the destined location, glancing at the sky every so often, deep in thought. As soon as he arrived at the hotel room she would be staying, he knocked politely on her door, and stood up straight, straightening his clothes and clearing his throat, ready for the beautiful woman that would be sure to show. 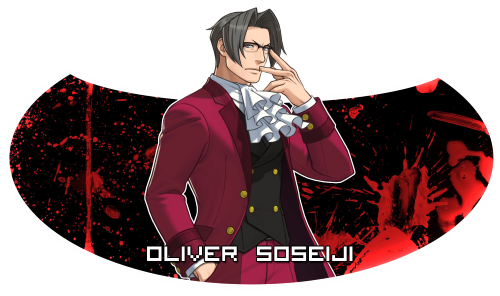