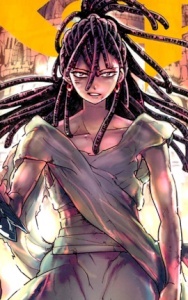 Job info:
Name: Snowy Cottage!
Rank: D
Player Requirements: Must be at least 10 posts long; at least 150 words per post
Job Requirements: D-Rank Mages (max 3), Help build the Cottage without magic.
Job Location: Mountain Village
Job Description: Assist an old man named Bartre and his son Ninko build a wooden cottage atop a snowy mountain. The house being built is a gift for Bartre's daughter Nino, who's going to be married in a few months. Though they live in a magical world, Bartre does not believe in the use of magic to get a job done; and requests that the mage or mages helping him help build the cottage without using any magic.
Enemies: n/a
Reward: 1,000 jewels each.

It took Mathurin quiet some time to reach the small village located in the treacherous mountains. He continued to climb and climb through the mountains, as he cheered himself on in his head."You can do this!!! Master these Mountains!!! Your the Man!!!" Mathurin shouted to himself as he continued to keep clawing tooth and nail through the mountains."Jeez....your such a hard head some times." Aimi said lazily as she flew effortlessly through the air with her beautiful white sprouted wings on her back. "Ahh... shut......it...." Mathurin said as he gasped for breath in between each word, not removing his focus from his training. "Seriously though Matty, We could have been there two days ago, if you would have taken the mountain path!" Aimi said in an agitated tone towards Mathurin. She was of course correct, however she didn't realize that was part of his plan."And....Why..... AHHH" Mathurin started his sentence before he exerted a large bit of his energy to pull himself up the mighty peak of the mountain. He looked about sitting with his arms aching and tired in his lap. Snow was everywhere, and he was burning up from the mountain climb. "Hahaha...As I was..Saying. Why do you think...We left 3 days earlier than the start date on the job?" Mathurin said smiling gleefully as he mustered his remaining energy to find the home of Bartre. 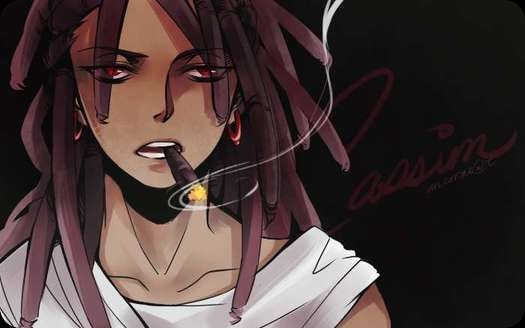 Aimi looked up in disbelief, and then back at Mathurin scowling slightly at the dumbfounded happy look on his face. She hated when he was right, especially for doing things she didn't agree with. Aimi flew downward and landed on the ground near Mathurin and her wings disappeared. They walked around the small homely little village before they walked around for a bit, before a man noticed and called out. "Hey you there!!" A larger gentleman with a graying beard stood several meters away waving with a smile on his face. Mathurin and Aimi walked over curiously to see what they wanted. "Hi there young chap! I assume your both from the Mage's guild we called for?" The older man said still smiling brightly. "I noticed your friend flying and assumed you were mages." Aimi responded before Mathurin could,"You betcha sir! I am Aimi the magnificent. Here is my trusty assistant Matty. We are pleased to help you on your task!" She said standing on both legs with a serious face. The two men looked at her, as Mathurin just shook his head, and continued as if she didn't say anything. After a very brief discussion between the two, They began to walk towards the build site.

Mathurin and Aimi continued to follow the older gentleman, who lead them in a very brisk pace. It was cold outside to say the least, the wind was blowing hard and the snow followed."Man this is some weather you have out here."Mathurin said as they made their way towards the empty lot. Scattered about were all sorts of piles of lumber, and other building materials."Hi There, you must be the mages who responded to our job?" A young man walked over greeting them just a cheery at the man before."Im Ninko, Bartre's older son. Im going to be helping you on the job as well today." The young, well built man said as he eagerly shook Mathurin's hand. The older gentleman didn't waste any time, and began to separate the lumber into piles of importance. After some time, he walked back over to the two of them still chatting away, to lay out the new plans for the house."Ok, so we have full excavated the area. Now what we need is to lay down a very well made foundation for the home." Bartre said as he looked towards Mathurin to explain what he shall be doing.

Aimi happily played in the snow with Ninko's two young sons. Nothing gave her more joy than a bunch of snow, and children to play with. Today marked the end of the first week, and they were nearing the completion of the job. Or at least of the most labor intensive portion. There was still a lot of mundane things needing to be done. Mathurin on break decided to enjoy his hot soup with Aimi near the edge of the cliff. They peered down to look at the few pillars of smoke rising into the air. It seemed as if everyone, kept a constant fire burning in their fire place. It is true, without the proper gear, Mathurin would be a Popsicle right now. "Slurp slurp. Comes the sound of Aimi meticulously cleaning Mathurin's large bowl. As he laughs and pet's his little companion, he could hear Bartre ringing the break bell, to alert everyone to get back to work. Mathurin stood up and dusted the snow from his pants, still staring towards the distance. He was wondering how his guild mates were currently doing, and was ready to return back.

Mathurin made his way back to the site and continued to work for the rest of the day. The days and night passed, as they continued to finish the building, for his daughter's present. Bartre was incredibly please with the work Mathurin had provided, when at first he was unsure what he would get."Ya know, I was at first hesitant to request the help of a mage." He admitted as they continued to work together. Mathurin held up a large board, as the old man did his best to secure it in place." Haha, ya don't say huh?" Mathurin responded to politely make small talk with the man."Certainly! You never know the person you will meet these days. Majority of the mages that come through here, are physically frail and weak. They couldn't lift this very hammer if their lives depended upon it. At least not without the use of magic! Ha ha ha..." Bartre said howling his laughter into the air as it echoed loudly.  He seemed very amused with his joke, however Mathurin absorbed every word. It was true, majority of the wizards he has ever met in his life, seemed more worried about studying magic than taking care of their physical bodies. After holding the board for the time required, Mathurin began to flex his muscles to himself, still listening to the words repeat over and over.  He knew he would have to make sure he found the proper balance of Magic and physical. He never would have thought he would have something to appreciate from his childhood."Hmm, I suppose that was the only benefit gained from back then..." Mathurin said to himself in a low tone as he got back to work, removing the seal on top of the can of paint.

The next few days seemed to simply trickle on slowly, as the finished the last few details on the house. She was really beginning to show some life and shine with brightness. It seemed liked it would take such a long time, continuously moving day in and day out. However the fruits of their efforts were really starting to show. "My, my. Will you look at that?" Comes a pleased voice from Ninko as he slowly took a few paces backwards to really take in the view of the new home. She was grand, and stood at the very peak of the mountain."There is no way, they wont be overjoyed with this gift. Bartre says as he walks up behind his son, staring with teary eyes as their project was nearing its end."Truly, We would not have been able to do this without you Mathurin. Please accept this." Bartre says towards Mathurin happily as he begins to reach inside his large overall front pocket. He pulled out a thick cloth pouch, filled with a nice hefty amount of Jewels. Instantly Mathurin's eyes lit up, as he reached out to grab."And we couldn't have done it without Aimi either." Ninko adds on to his father's previous statement. The moment he said that, his two children jumped up and down in agreement with him, as they continued to chase Aimi around the new home. Mathurin simply smiled as he placed the pouch of his earning into his own thick cloak."It really wasn't any problem at all, and i really needed the training. Let me know if you ever need anything again, and I hope they enjoy the house as much as we do, haha" Mathurin says gratefully towards the two men, as he and Aimi began to make their way towards the cliff of the mountain again. "Ahhh....That was awesome. Now my funds have started to rise once again." Mathurin said gleefully as he grasped the pouch of coins inside his clothes."Yeah...Yeah, Just please tell me you don't plan to climb down this mountain again..?" Aimi asked of Mathurin he smile fading and a look of boredom began to appear. "Haha nope, This time its you training!" Mathurin shouted, and immediately ran towards the cliff of the mountain and leaped forward. Quickly Aimi  sprouted her wings and darted after her friend. Before long she reached him and grasped him with all her might, causing them to glide downward to safety.