Mary was sitting with a cup of coffee and some cake as she waited on Fairy Tail's guild master. This mass murder investigation was turning up with nothing. There was a picture caught from some surveillance and eyewitness accounts seeing her escorting one of the victims to the party. There she killed every single partygoer there and finished it off by painting a backwards Fairy Tail sign on the wall. What purpose was this? To see if the Guild Master had any knowledge of this. Standard procedure, maybe the man could shed some light on this manner. So she patiently waited for the man until he arrived, Mary would stand up from her table to shake his hand.

"I will try to make this as painless as I can make it then. To be honest I am not too much of a stickler for bureaucracy... I just need a few questions."

That man looks like he is about to rip your head off.

Mary felt the aura that was emerging from the Guild Master. As she was shuffling papers of what was not classified, she paused. It was an odd feeling as people were backing away in shock or terror. Mary felt something different though, because staring at the GM was a sense of raw power that inspired fear and awe to Mary. It would have caused her to normally walk away, back off or do something. Instead she was slightly staring at Nightken as she said, "Is it weird that my human half wants to run in fear now, but my dark side wants to kiss you? I keep finding weirder things about my nature everyday... So does that woman match the description of any of your guildmates?" Mary was trying to save herself from that embarrassment. Blushing slightly as she tried drinking coffee to cam her down.

Mary was attempting to wake up, but curious Celestial Spirits decided to take matters into their own hands and popped out of the dark portals. One was a pair of blue headed twins  that looked at Mary with blank stares, the next looked like a neko in a black nurse outfit and last one looked like a rough & tumble girl. They all looked at this whole scene as they started a scandal. The rough and tumble one said,"Oi this demon just killed Mary with an orgasm! You know what this means...?" The 2 just looked at her funny as she finished, "...Freedom! I am now going to go eat some people." The catnurse immediately stuck a syringe into the wolfs neck which caused the girl to fall flat on the floor. It sighed, "Really Fenris... It's not like she ever stays dead for long. Well hello, my name is Siany and the sociopath is named Fenris. Well I can see why Mary fainted for you. Want a physical?" As she said it, a very dark smile spread across her lips as she squeezed something out of a syringe. The twins were still staring until they said in unison, "Mary is still alive. The demonic aura disturbed her Dark Celestial Spirit side." Touching unconscious Mary the twins were to immediately transform into the unconscious girl as they said, "And she is dreaming about doughnuts. This is the first time she has relaxed in a while." 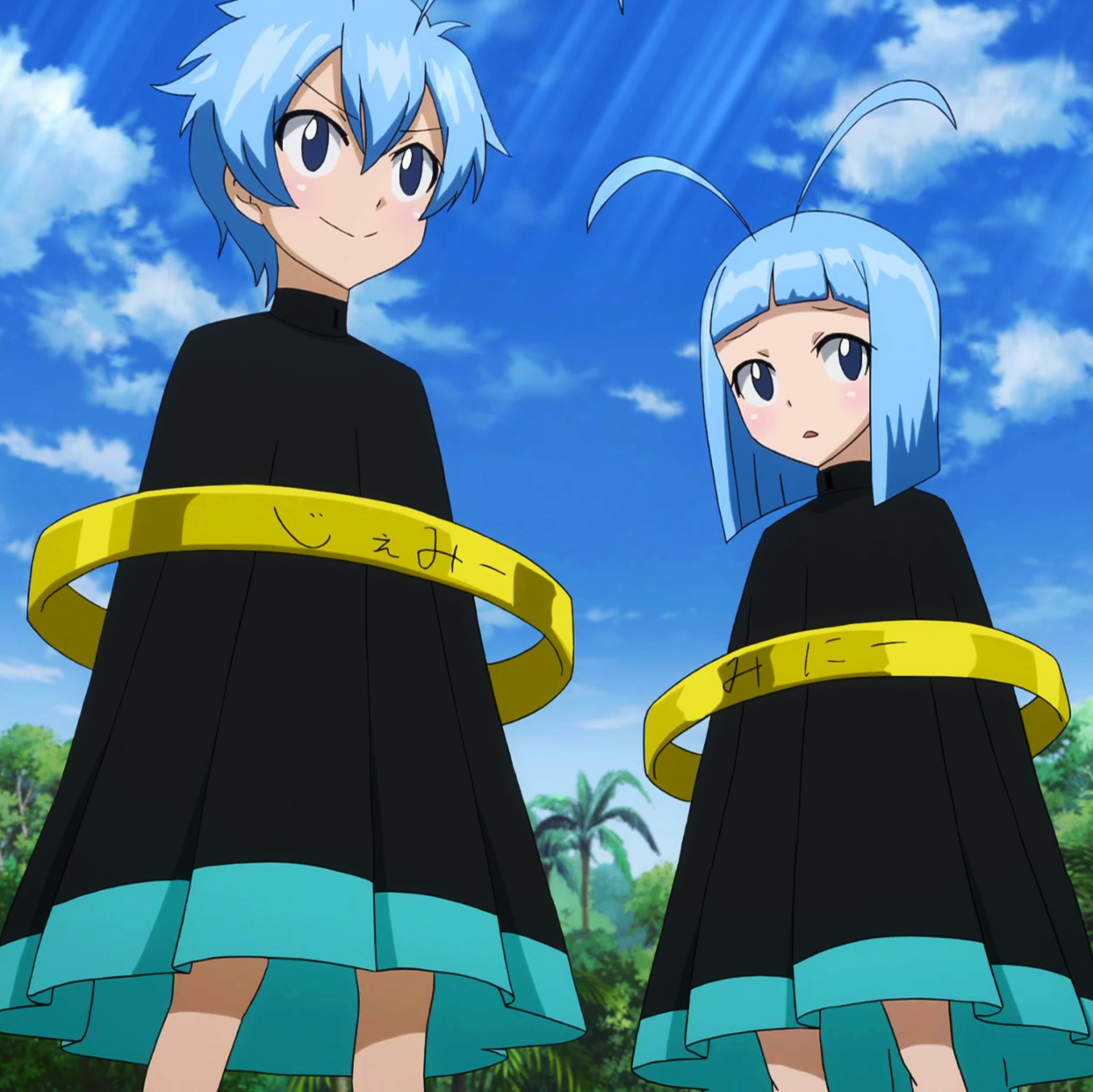 Gemini Mary looked at Nightken as it gave a puzzled look, "Do we know you?" It then approached Nightken and touched him, allowing memories to flow into the 2 as eyes opened in realization. "Oh! Your Nightken! You were just a novice when we last saw you! How is Mr. Sparkles doing? How is the rest of the Fairy Tail crew coming along?" Personality was different, but that was because it emulated the personality of the form it took. Siany on other hand was throwing Fenris back into the portal as she said, "Mary is half one of us. Her mother was a very powerful Dark Celestial Spirit and reacts to certain stimuli differently. Lets just say that your darkness basically put her into a very comfortable sleep." Mary finally was stirring from the table as she murmured, "I just want to eat one more doughnut..." She was slowly starting to wake up as Siany said, "Well if you ever need that physical... You knoow where to find me~" And with a mischievous and somehow scary wink she returned to the Dark Celestial realm leaving only Gemini and a half awake Mary.
_____________________________________________________________________________________

"Isn't that the truth..." Gemini Mary giggled as she remembered events that Nightken recalled. There was a lot of mischievous fun in that guild that she partly remembered. Mary almost immediately got up with a jolt as she quikly stammered over to get her papers in order and pretend this never happened. She wanted to leave as she was blushing bright red about this. Why did she fall asleep on this meeting? This was so embarrasing!