It was a simple job that the celestial wizard had accepted. All she needed to do was deliver a letter to a famous celebrity but it was no ordinary letter. No, this letter was a love letter from a supposed 'childhood friend' of said celebrity. Nami didn't quite understand why he couldn't just deliver the letter himself but maybe it was because the recipient was so famous, delivering a simple letter of love to her would be kind of hard for a normal person to do but whatever the reason was, the fact remained that Nami had accepted his request and was not about to back down now. The celestial wizard stood around the corner from the arena where the celebrity was scheduled to perform. She knew that delivering this letter with so much security around would not be a walk in the park but she had to figure out some way to get the job done. While Nami observed the steadily increasing crowd she managed to come up with a plan. She took out one of her silver gate keys from the leather key ring holder at her waist and held it out in front of her. "Open, Gate of the Fox, Akane!" As if on cue, the key began to glow followed by the appearance of a magic circle and the sound of a doorbell. Out poofed her silver gate key spirit, Akane. The fox spirit seemed rather happy to see Nami as her tail swayed back and forth. Akane then suddenly clung to Nami's arm. "You rang for me~?" Nami petted Akane on the head while Akane clung to her partner's arm. "Yeah, I need you to disguise yourself as a security guard, sneak into the arena over there, and deliver this love letter from a client to Layla Heart." Nami nodded her head and let go of Nami's arm. Nami then pointed to a nearby security guard who was dealing with a few crazy fans. Akane focused on the security guard that Nami had pointed to and in the next instant after disappearing into a big puff of smoke, Akane reappeared, only now she looked identical to the security guard that was fending off the fans. Nami handed her now transformed spirit the love letter and Akane headed for the arena not drawing a single bit of attention to herself. Nami decided to patiently wait for Akane to return. Akane managed to enter the building with no trouble at all and made her way to Layla's dressing room. Meanwhile, Nami continued to watch as more and more people showed up. She only hoped that Akane wouldn't have too much trouble getting the job done but she had faith in her friend. Thanks to Akane acquiring the same knowledge as the guard when she transformed into him, she was able to find the dressing room rather easily without having to look all over the place for it. Upon reaching the dressing room, she lightly knocked on the door, then entered when given permission. Layla asked why Akane had come right before her last stage check was about to start. Akane just smiled and handed her the letter then without saying anything, she left the celebrity alone. Without any trouble, she exited the building and returned to Nami and just as she rounded the corner where Nami was waiting, her transformation ended. Akane then proceeded to glomp Nami with her fox tail swaying back and forth. "I did it Nami~ I gave Miss Layla the love letter~ So can I have a reward~?" Nami just smiled and hugged Akane back. "Good job Akane chan! I knew you could do it, thanks for all your help." Akane continued to cling to Nami. "Anything for you Nami~ Now how about my reward~?" Nami gave Akane a kiss on the cheek before forcing her gate shut. She figured it would be best to go back home and get something to eat so she headed towards the train station. 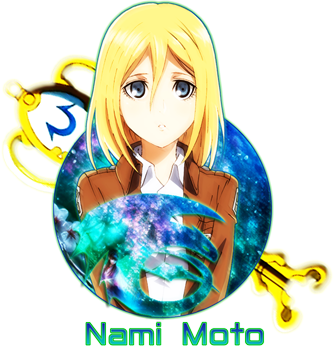