There she laid, on the comfy bed in her small room, blankets tucked neatly around her and over her head. She felt her bed sheets crumpled underneath as she realised that someone was on her bed. The blanket was removed from her head as she received a huge lick on her face, making her immediately cringe. Forcing her eyelids open, she found herself under the weight of an animal, a tiger to be exact - Phoenix. Not wanting to get out of bed, Hika snuggled into her huge pet and decided to fall back to sleep. As always, she was being a lazy bum on days like this. ”Hika, you need to get out of bed. A team mission is waiting for you,” Phoenix would lick her face again. No one but Hika could communicate with him and others would only hear growls, if heard.

Lazily, Hika groaned and rolled her eyes at Phoenix. ”Let me sleep for a little bit more. You know I don’t like getting up early.” However, Phoenix chose to ignore her words and dragged her out of bed by her shirt, using his fangs. Knowing that she couldn’t resist this stubborn tiger, Hika finally gave in and began dressing up. She let her hands slipped into her black gloves before sliding out her room together with Phoenix trailing along behind her. With her weapon holder swung over her shoulder, the white haired girl entered the guildhall which was filled with cheers and laughter. Like the old times.

It appeared that the rest of her teammates hadn’t arrived the guildhall yet. Apparently, she would have to wait for them to appear so they can go on the specific job together. Hika sat on the nearest bench, her slim legs crossed over each other as Phoenix curled up on her feet. 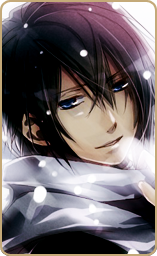 Kenshi was sitting outside the guild hall, perched on a ledge near the very edge of the floating complex, sitting crosslegged. His eyes were closed. He seemed almost asleep. The truth is, he was thinking. He had woken up hours ago, before the dawn. Ever since then, he had been in the exact same place, in the exact same position. What was he thinking about, some might ask? He was thinking about the guild he had joined. It was perfect for him. And now he was a member of the five-person team known as Forsaken Shadows. In it's own way, the team was also perfect for him. Speaking of the team, there was a team job that would be happening soon. Kenshi opened his eyes, unfolded his hands, and stood up in one smooth motion. For a heart stopping moment, he seemed to teeter on the brink. But that was only an illusion caused by the sudden motion of his standing. His balance was perfect. The only way he would fall was if he were pushed, or a sudden gale blew him over. After a few seconds, he lifted his right leg, pivoted on his left heel, and stepped off the ledge, his kimono flapping in the slight breeze. He walked at a sedate yet rapid pace into the guild hall, where he saw his teammates sitting on a bench. He smiled as he walked over to them. Stopping a foot in front of them, he placed his hand flat together over his chest and bowed low in Japanese fashion to them. "Greetings Hikari-san, Melyre-san. How are you this fine day?" 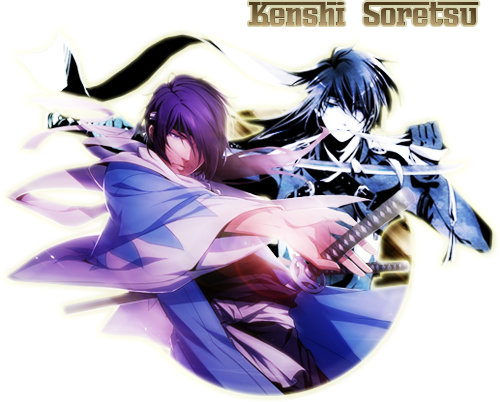 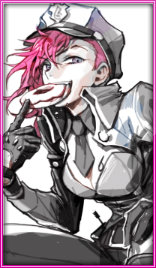 The annoying sound would echo through the wide, dark room. In the utter silence settled in the room, the beeping of the alarm clock was much clearer, and naturally, much more annyoing than usual, waking up the only person in the room. Icy blue eyes staring at it for a second, a pale hand with pink nails came out from under the soft sheets, reaching towards the alarm, tapping it a few times in a lazy, failed attempt to turn it off. With a sigh, the owner of the cold blue eyes took the alarm clock in her hands, and... threw it against the wall, accomplishing her primary objective; to turn the damn thing off. Closing her eyes again, she attempted to return to sleep, although, this time, a weird voice interrupted her.

Oi, lazy princess, wake up alreay. Opening her eyes instantly, Antonia shot up, quickly gettint out from under the sheets. Antonia's sister, Amatis, was standing at the doorframe, holding a letter all while she was drying her hair. Antonia took her hands to her eyes and rubbed them, seriously annoyed. Waking her up before 2pm was a bad thing to do. Standing up, she walked towards the living room, following Amatis, who, shamelessly, was walking around as if the house was her own; although it was her sister's. Geez, Ama. Not only you come at my house, act like it's your own and all, but you wake me up too. I'm dissapointed; Like, you're supposed to be the oldest sister, the most responsible one. Not to mention you're an adult. Antonia muttered while getting dressed, yawning. She emphasized the word adult with a reason, only willing to prove that, although being 30 years old already, Amatis was not the most responsible or respectful one around. Throwing herself on the sofa, she grabbed the letter her sister left, and opened it.

Shut it Levi. You're 20, and you're immature as hell too. You too are supposed to be an adult. Boom. That hurt, but was true. And right in the centre. Shaking her head, Antonia muttered a ''Shut it'' and opened the letter, her cold blue eyes running through the lines. So a team job? Interesting. She was in a team with a few other Sabertooth members, although she had never bothered in meeting them. Which was stupid. Oi, I'm out for the day. When I'm back I want to find my place in one piece. That said, Antonia went out, heaing towards the Guildhall.

Gladly, the guildhall wasn't far away. As she arrived, she stepped on the transportation lacrima settled in the old guildhall, and was instantly transported towards the actual guildhall, immediately spotting her guildmates on a bench. Her teammates. Although she had not met them, at least not officially, she knew them by appearance and could recognise them at ease. Walking towards this, she streightened Dawn, her rapier, and tucked a lock of bubblegum pink hair behind her ear. Bonjour. She greeted in French, looking at her teammates. How are you all?

Her legs kicked the air carelessly, the boots running across Phoenix’s thick fur as her face rested in her palm. Her huge heterochromatic hues darted across the guildhall to check on the clock and wondered why everyone was late. Well, it might be because she wasn’t patient enough. Deciding to wait a little longer, Hika gently drummed her fingers on her cheek, slightly bored.
”Good morning Hika-chan”
A voice startled her, causing her to straighten herself immediately. Hika looked up, only to see Melyre approaching towards her and took a seat beside her. ”Hiya Mel,” She nodded, letting out a smile as she planted both of her feet on the ground, her elbows placed on her knees.

It wasn’t until then Kenshi appeared right after then, followed by Antonia a couple minutes after. ”Yo Kenshi, Antonia.” She bowed at each of them, with a slight nod before flashing a toothy grin at them. ”Well, I’m certainly doing good.” Hika waited for all of them to share their greetings and whatnot. Firmly, she stood tall, Phoenix imitating her after.
”Alright, I guess it’s time for us to leave for our mission.” She threw her weapon holder over her shoulder and stroked Phoenix’s fur.
”I assume you guys know everything about the mission, right?”