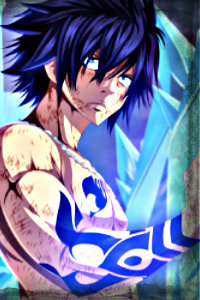 Naziel walked the streets of Magnolia heading up the street towards Fairy Tail, it had been a long time since he had stepped in his home town. Seeing the sights of the happy people and the sound of laughter made him nostalgic of his time in Fairy Tail, he missed his comrades greatly and their way of life! The constant scraps, the arguments and bar brawls but through it all their love and devotion to one another was the thing he had truly adored about the guild.

He stepped lightly with the sound of his boots hitting the hard floor, he did not bother to hide his face and no doubt the efforts he had gone too to create the behemoth of a structure that lay not far from Magnolia, Basilisk Fang, his own Guild and more disturbing to his former colleagues a Dark guild. He had created it with the righteous intent of removing the Magic Council from their pedastool with force if necessary.