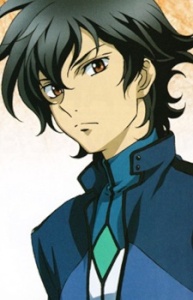 Miharu woke up rubbed his eyes and stood up in front of the mirror. He looked at the guild mark on top of his left pectoral; he tapped his fist to it and closed his eyes. His first week in Fairy Tail had been kind of a bust. He hadn't managed to go on any jobs or do anything worthy of calling himself a true member since he had joined. He thought of the new friends he made, and considered he’d keep trying when suddenly he heard a woman scream “I was here first, stop cutting in line.” He thought this was his chance to do something worthy. He walked out the building he was staying in while he was away, and ran up to the two women pushing each other.

After waiting a good twenty minutes, Miharu was getting bored and lazy. The women still fighting over who were first were moving in the line extremely slow. The crowd still cheering on the fight, Miharu unnoticed squeezed to the side and scaled the wall slowly towards the middle of the line. When he arrived almost fifty people higher up in the line, someone noticed him cutting. “Hey you can’t cut!” It was a small girl holding her mom’s hand waiting in line. Miharu whispered to her, and the little girl smiled and kept her mouth shut. Miharu continued to move up in the line about 2 people every 5 minutes. Luckily, he wasn’t noticed. Then suddenly, someone grabbed his shirt, and turned him around lifting him in the air. “I have been waiting here forever, and you’re gonna skip me? I don’t think so!” The man threw Miharu at the wall next to them and Miharu got up brushed the dirt off his coat and looked at the man. “Sir, I apologize, I realize I was wrong but the line was so long and I am in a hurry to rejoin my guild, Fairy Tail.” The man laughed “I’ll make you a deal, beat me in a spar and you can have my spot!" The man told his brother who was also in line to hold the space. Miharu did not want to fight but he had to for this, the brother was only the tenth person in line. Miharu is not a leisure fighter but he had to do it.
_____________________________________________________________________________________