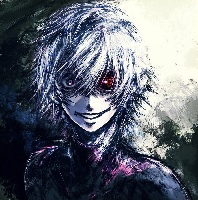 Job Description::
Job Title: Guard the Secret Deal
Rank: D
Player Requirements: 1 D rank Dark Mage 3 Max
Job Requirements: Complete the job with at least 10 posts of 100 words. Defeat the 2 Rune Knights who try to arrest Alixia. If you are soloing the job you may use Alixia as support with her healing magic. If you're in a party she won't be useful at all.
Job Location: Talonia
Job Description: I need someone's help. I've shipped some special lacrima explosives, but the buffoons I had guard it are not as trustworthy. To be quite honest they are rather stupid. Didn't know what "brawns and brains" were. Anyway my courier has arrived safely, but I need the hand off to go well. You can find my courier, she's rather 'different' looking. It's rare to see a person from Galuna in Talonia, but they won't be so judgmental there. So you're going to meet Alixia and two of my 'guards.' A little advice about that little stick of dynamite:


Please escort her to the spot. She knows where it is so just follow her and make sure the exchange happens.

Levious enters the scene with Alixia and the two guards. There objective was to make sure the lacrima explosives were shipped correctly. As they were walking around, apparently Rex was eye balling Levious. That slightly irritated him, but he shrugged it off. He looked at Alixia, and was intrigued by how beautiful she looked. He caught up to her and try to make conversation. "So we're going to ship you to the beauty shop or what?" Levious said with a somewhat warm-hearted laugh. Alixia turned to him in a serious matter. "Unless you want to die early, I suggest you cut the jokes." He sighted and continued to walk towards the object.
Levious

Kent approached Levious and put his hand on his shoulder. Then with all his force he pulled Levious back sending him flying a few feet away with him crashing to the ground. Rex approach Levious as he was on the ground trying to recuperate. Kent pulled out his fire sword, and was aiming to kill Alixia. She started to run away, avoiding contact with him. Levious seemed irritated, and was displeased with this situation. When Rex try to lung at him with his earth sword, Levious turned to the side and pulled out his reverse blade sword. "So you want to tango, once I'm done with you, I'll cut your skin and put it down a paper shredder."

Rex looked at him confused, trying to interpret what he just said. "He pay attention to me tree huger." Levious said out loud, laughing in the same time. He swung his sword towards Rex left side, Rex block it with his Earth Sword, then countered attack. Levious parried back-wards, continued with a side slash. This attack hit him on the left side of Rex's neck. Rex bestowed in his pain, unable to move for the time being. Levious notice Kent about to catch up to Alixia, and decided to take action. He took a few steps, then started to charge at that direction to stop Rex from hurting Alixia in anyway.
Levious

As Kent raises his sword, about to bestow his flames on Alixia. "I won't allow you..." Red eyes appeared behind Kent, and arm grabbed his shoulder, then pulled him to the floor. Levious appeared in front of him with a dead expression. "Don't you ever fucking touch me again." Kent looked at him with fear, yet he regain himself and attempted to tackle him. "Reactive..." Levious whispered, then the man was thrown back to the floor. Levious kneel, grabbing his head. Then he focus the flow of the wind to rotate around his hand. With all his his power, he smashed Kent's head to the ground, making him unable to move and mostly dead in a few minutes if no treatment was done to save him. "Now it's his turned..." Levious said as he switches targets.
« View previous topic · View next topic »