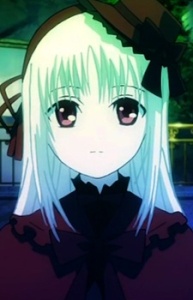 Nakigame was excited to finally be on her first job. She decided to take this one because it seemed to be easy and not as dangerous as the other ones. Before going to the hospital she deliberated on how she should go about entertaining the kids. "Maybe I could summon my bear and have him juggle!" She said with a happy expression on her face. "Yeah, I'll do that." She started packing a bag full of plastic balls for him to juggle.

After deciding on what to do for her job, she left the guildhall and headed toward Magnolia. The trip there took longer than she thought. "That trip was exhausting." She said gasping. "Maybe I shouldn't have walked all the way here." She thought to herself." She started walking toward the hospital. And on the way there, she encountered a strange looking man headed to the hospital, just as her.
Nakigame Takechi

She assumed that he was headed there for the job just like her, but then she thought of the possibility that he was just going to visit someone. When she finally got to the hospital, she saw the man go into one of the rooms and said hello to the woman in it. She thought to herself,"Yes! It appears that I'm the only one who wanted to take the job!" 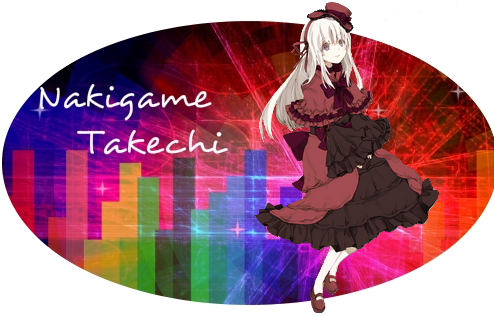 Nakigame nodded, and then said "Where are the children?" The nurse pointed toward the room a few doors down from where they already were, and then said "Thank you for coming on such short notice, but are you sure your experienced enough with your magic for this?" She said looking disappointed. Nakigame responded with a "yeah".

Nakigame asked if that would be enough to entertain the. But, sadly, the nurse said that Nakigame would need more than that, as that act is only a few seconds long. The nurse suggested that Nakigame have the bear ride a unicycle. Nakigame agreed. She asked the nurse where she could find a unicycle. The nurse said at the stall selling all kinds of entertaining things. Nakigame headed toward the stall and noticed that it was packed! The line had about 30 people in it! She hoped that the line moved quickly and she get what she needed quickly. Once she got in line, what she was hoping for, didn't happen. The first person was getting what he wanted for a long time.
Nakigame Takechi

She started brainstorming. She thought that there must be a way for this line to move quicker. She thought to herself, " Maybe if I tried to sneak my way to the front of line? No one would notice. Maybe being small is a good thing, but, that would be awful. That's cheating. I'll surely find a better way to get this over with. Maybe I could kindly ask the person in front of me to kindly buy me a unicycle, after I show him the money of course."

"Show me your little trick, and then I'll buy it for you." The man said. "very well", Nakigame responded with. She began to sing the song,"Fur as brown as dirt, eyes as black as night, tail as short as grass, prowling yes you are, I summon you grizzly bear, come to my aiiiiiiiiiiiddddddd." The bear appeared before Nakigame, the man, and the people in line for the stall. Everyone shouted in awe. She threw one ball at the bear and made him juggle it, then she added the second one, and then the third. The bear juggled all three balls and the people applauded.

Nakigame looked at the man in awe. "You're amazing! It seems that you were the only person interested in going to entertain the children. Originally my intentions weren't to entertain the children, I was doing this for the experience, I just wanted to become a better mage. You did this as a completely selfless act. You wanted the children to be happy! You're an excellent role model. You're one of the things that we admire in Sabertooth!"

The man said,"That is a beautiful name. But I do have a question. Aren't you a bit young to be venturing out on your own? You don't look like your a day over 11." The man said curiously. Nakigame got angry. She shouted,"I happen to be 15 years old, I'm not a child, I'm a teenager, I'm old enough to be on my own!" Because he was such a nice man, Nakigame didn't throw anything at him.

Nakigame started to run toward the flower shop she passed on the way to the hospital. She shouted to the man "Go on to the hospital, I'll be there in a little while, ask for a nurse named Gladys and tell her that I'll be there shortly, I have to do something before I go back!" The man shouted back "Okay!" Nakigame ran past a variety of stores, gun stores, magic stores, card stores, clothing stores, but mostly clothing stores, they distracted her the most. She finally reached the flowers store and bought some cherry blossoms.

Upon reaching the third floor, she saw a countless number of people. And the hall seemed to be more decorated than before. There were streamers and signs and balloons and flowers. Azuma and Gladys approached her and said," We decided to help you a bit. We decorated this floor and asked some of the parents of the children to come and show support!" Thanks a lot, I'm sure the kids will love it!" Nakigame said.