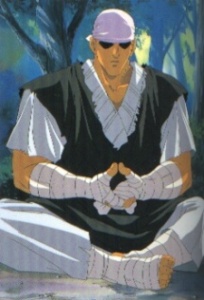 To Earthland ... And Beyond!

Friday has come and gone, it is now ten in the morning, on Saturday. Grotto finds himself running full speed towards the docks, almost two miles from the barracks. Dodging left and right through the foot traffic of the streets Grotto can’t help but appreciate how lively the city was, especially for a cloudy Saturday morning. So many people in and out of the shops and shop keepers tiding up during slow moments. Most prominent however are the smells, especially those wafting from the bakery on Main Street. Grotto wanted nothing more than have a stop at one of these shops, maybe a café, for a snack and some coffee. Alas, Grotto must run, for he is running late, for that matter Grotto doesn’t even know if the customs office is open. As he gets closer to the docks, grotto begins to feel relief, of course the customs office is open with the docks being so busy and all. Relief quickly turned to annoyance and irritation as he realized all those people in the docks where a line. Not just any line, but a line for the customs office and thus the line for passport issuance.

It was during breakfast this Saturday morning that Grotto was reminded of Monday morning’s briefing. As briefings go it was rather standard; grotto was introduced to his commanding officers and given all the information he needed pertaining on how things are ran around here. Most important of all, grotto was told he was required to have a passport, and had till Friday to get one. It is now Saturday morning and grotto finds himself standing near the end of an unbelievably long line almost two blocks from the docks. It has been almost two hours since he got here and it already looks like it’ll take the rest of the day just to get to the front of the line. On top of that, the realization that he didn't bring any kind of proof of identity or any other paperwork with him. Thus far Grotto has gotten lucky, his commanding officer had been busy with stacks of paperwork and wasn't able to check up on him to make sure he got his passport.

The hours past and the day grew warmer, at some points in the line people thought and argued. At other points conversations raged with passion and a flare of enjoyment, but not at the end of the line, where Grotto stood. As Grotto’s eye lids begin to feel heavy, the sky darkened and a howling wind began picking up pace. Many people ran by, heading away from the docks, most screaming. The line broke as the people who had been waiting their turn at customs ran for their lives. A surge of dark magical energy surged from the docks. A black figure larger than the tallest of buildings emerged from the now crimson waters. Grotto remembered not how he got to the water’s edge, nor did he understand why his legs refused to move. The figure, who Grotto now recognized as a demon lord from the deepest abyss, stared down on Grotto. He tried to make a break for it, but Grotto’s body just wouldn't move.

Water boiled at the demons feet, the sky ripped a sunder and fell to the ground like so many shards of broken glass. The ground wriggled and churned as the cobbled stone breaks away leaving room for the black oily “dirt” powering upwards from the ground. Thorny vines burst from the ground and take a hold of grotto, making it even less likely that he might somehow get away from here with his life. The earth itself shook as the demon came closer; his breath was flames flaring with every breath it took. “Not you, anyone but you…” thought grotto as the demons face came into focus over the smoke of destruction in the air. The demon roared a greeting of anger that shook Grotto’s very soul… a roar which shook Grotto… that shook Grotto…

Grotto was shaken awake by a fellow knight; he had fallen sleep in line and was startling the other people in line. Grotto’s loud snores, reminiscing of a wild beast’s gnarls had frightened children and animals alike. As the guard assigned to keep the peace in the line approached he easily recognized it to be a sleeping Grotto, having to hear it every night from across the hallway in the barracks. “Hey big guy, what you doing in line?” asked the guard “just trying to get my passport”[/color] Grotto replied. “you do realize you were supposed to have that taken care of by yesterday right?” inquired the guard, then motioned him over “c’mon man, the cap’tn sent your paperwork ahead of you, on Monday”. Grotto followed the guard to the Customs office at the front of the line, getting sour looks from the various people on line in the process. “Advantages of being a rune knight, we don’t have to wait in line for things like this, mostly cuz the cap has some good friends who run these official things.” offered the guard. Getting his passport turned out to be a simple manner having most of the paperwork already filled out by his companies clerk office, although knowing his captain had these connections meant Grotto had a stern talking to, and possibly some menial duties, to look forward to on Monday.
« View previous topic · View next topic »