To travel beyond Fiore

To travel beyond Fiore

It had been a nice and quiet day for Manayus back at the guild hall, having finally fully recovered from his previous job in the spooky forest. He no longer had stitches and was finally able to walk straight. He had decided to try and pick up another job, but as he looked at the job request board, his spirits were quickly shot down. Every job he looked at would be way too difficult for him to do on his own, his magic wasn’t exactly meant to allow for him to take on solo jobs.

He sighed as he brought his hand up to his chin, attempting to pick something nice an easy… maybe he could go after a lost puppy or something? As he tried to pick out a job, he heard a few of his guild mates talking to each other near-by, talking about how they would be heading over to HArgeon as soon as their breakfast was done so that they could go and get their passports and start some international jobs. Well there was an idea! He was sure he needed to get his own passport updated since he had moved here so many years ago. 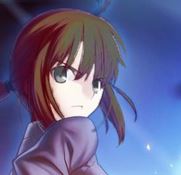 Mira had had a tough week. She'd had a very hard time getting to the guild hall, and after she'd gotten settled in, she'd forced herself to go and find a job. But, short of chasing lost puppies, there was very little she could do - at least that she was allowed to. She was certain that she could handle at least a C-rank job on her own, but people still insisted on limiting her and sticking her with others.

With an exasperated sigh, she started to walk away from the board before a small notice caught her eye. The job offered wasn't radically difficult, but it actually involved combat with someone who wasn't a neighborhood bully! She grabbed it and nearly took it, but after a brief moment she was sorely disappointed. It was out-of-country, and she had yet to get her passport.

As he led the lovely ladies from Fairy Tail to Hargeon, he soon found that he couldn't get away from them, each woman had taken it upon themselves to wrap their arms around his, making him seem like quite the player as they walked through Hargeon. Frankly, he couldn't complain, and though he enjoyed making women happy in this small sense, when thye got too clingy to hm he tended to try and get away, and that was the sensation he had found himself in.


"Manayus~ While we're here we should go ou for dinner, just you and me~"
The blond haired woman mused, leaning her head on his shoulder with a dreamy sigh. Meanwhile, the woman on his left arm glared as sh gav Manayu's arm a tug to get him away from the blond.

"What are you kidding? He's coming to the beach with me~"
The brunette stated, causing both gils to suddenly stop and glare at one another, lightning dancing between their eyes.

Manayus chuckled as he tok a step back, bringing both women in front of him and worming his arms out of theirs. Instead, he brought his hands up to their chins, taking their gaze away from one another and towards his own dazzling eyes.

"Ladies... please don't argue, it breaks my heart to see you two like this. Why don't the two of you each go about your shopping here in the city and meet me back at the carriage. I wont be long"
He said before leaning forward and giving each girl a pek on the cheek and a polite bow before he stepped around them and quickly made his way towards the passport office. He wasted no time in getting away from them, gathering his fairy dust at his feet and taking off into the air to more quickly get out of their sights.

Mira had arrived in Hargeon and was making her way to the passport office, trying to force her way through the throngs of people. This was taking too long. "Oi, move it!" She cried out, trying to shove through. One of the taller men scoffed at her and shoved her aside, throwing her into the street.

This wasn't working, she'd have to stay here overnight at this rate...taking her amulet, she touched it to her bracelet and grunted briefly, a flash of red covering her as her clothing morphed into her armor. She took a moment to catch her breath before taking off at a mad sprint, running on the walls and making her way past the crowds with ease. Plus, it was as good an excuse as any to put herself in a bit of pain, right?

Manayus sighed, then yawned widely and stretched his arms up high in the air as he waited patiently in line, looking at the other people standing in line in front of him. It seemed they were taking absolutely forever up there, and not only that, people kept either cutting in line, or claiming to be with someone waiting in line.

However, all of a sudden he caught sight of a woman who was quite literally running on the walls to get to the front of the line. What on earth was going on? HOw was she able to do something like that with armor on? He looked around him and quckly apologized to those around him before suddenly leaping up into the air and flying up above the grounds, moving at fast speeds after the girl who had just slipped in front of the rest of the line.

He gently landed down next to her, a gentle grin on his face.

"That was very impressive ms. I don't think the others waiting to get in really appreciated it however."
He stated, offering her a sudden polite bow.

Manayus gently leaned forward and took the womands hand in his own, bringing up to his lips and gently kissing the top of her hand, lowring it only to look up into her face.

Mira looked confused as he took her hand and kissed it, pulling away and shaking her hand afterwards. "Oi, wotchit. Give a girl some personal space, aight, prettyboy?"

"If it's what the lady desires then I will no longer attempt to touch you in such a way. Please forgive me Lady Mira."
He said with a step back and another polite bow. His intention was never to get a date with the girl, simply to ensure a smile on her face, which he succeeded at one way or another, and he couldn't help but smile himself at the sight of the woman's smirk.

Mira relaxed after a moment and sighed. "Let's not be bullies. Gotta put on good appearances for the guild, right?" She laughed nervously, walking with him towards the front of the line. "...wait...family crest? That's gotta explain all the fancy manners and stuff. You can probably guess where I'm coming from, right?" She spread her arms proudly as they walked. "Li'l orphan Mira, don't deserve a lady name, right~?"

"Orphan or not, who am I to judge those worthy of being a lady? Personally I don't think that title belongs to nobility in the slightest."
He began, a sigh escaping his lips as he begun to think of his mothers estate back home, and how he had given everything over to his father in an attempt to run away. Sure he had been born into a noble family, but he didn't feel he was read... or wanting to take up the task of family head. He enjoyed being a wizard far too much.

"You are very beautiful and had enough foresight not to cause trouble here. I think that alone is deserving of the title."
He stated kindly, leading the way to the front desk and quickly apologizing to the man standing first in line. He slipped right passed him and walked up to the desk, pulling out both his old passport, and a letter sealed in wax with his families crest on it. At first, the woman at the desk looked confused, but a secondary woman came rushing over and quite literally pushed her out of her seat before bowing politely to the two at the desk.

"It will be an honor to serve you today Lord Valotaire."
Manayus smiled softly and shook his hand dismissively, motioning to Mira, and to his own passport.

" We must return home with all due haste, and i'm ashamed to say I have let my passport expire, and this lovely lady with me will be coming along with me as my escort, so if you would please..."

"Forgive me Lady Mira but I would never insinuate such a thing. By escort I meant more of a body guard. Clearly your strength could easily over-shadow my own as I am not much of a fighter."
He told her with a kind smile before the woman behind the desk began piecing together their passports. It only took a few minutes until the two needed to get their pictures taken. The woman was quick with the camera, not wanting to waste this man's time any longer than she already had.

Another 5 minutes later and the passports were finished. She put them on the counter where Manayus picked them up and offered Mira hers before turning back to the lady behind the desk and offering up a few jewel as a thank you for her wuick wok before getting out of line for the others to continue.

"I'll be heading back to Magnolia... at some point today anyways I was sort of curious to see what Hargeon had to offer."
He said, smiling softly as Mira quite literally threatened him to stay with her for a little while longer. He didn't take the threat seriously, but also didn't deny her request.